The idea behind re-reading the master data (production orders)

That’s why it is necessary to use this functionality, in case of changing something in the BOM or in the routing after the order had been created. The date, which is used to read the master data is the explosion date, listed on tab ‘Master data’ in CO01/02/03.

It is important, that this date needs to be after the date of changing the BOM/routing!

1.  I’ve created a production order of material MITYU_TEST1 with quantity 1.

(If we check now the previously created production order in CO03, the component quantities remained unchanged.) 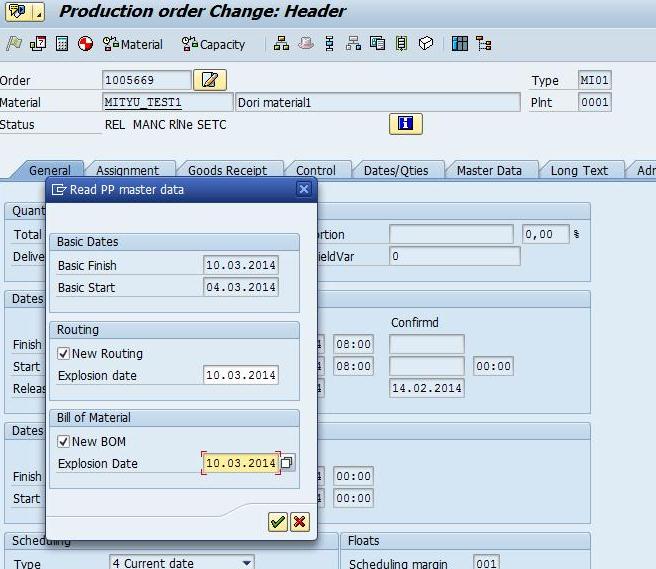 We can see, that the quantity of MITYU_TESTRAW had changed to 100 G.