In the Rush to Offer Shiny New Apps Stop and Ask, “What Can We Fix?” 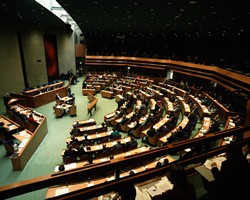 Are you gobsmacked by all of the new apps that some cities and towns are rolling out to encourage citizens to connect with their governments? Eager for your government agency to join the party?

Based on interviews that my colleague Regina Maruca has been doing with some app veterans, we’d like to weigh in with a few words of caution.

As exciting as it can be to offer people a new service, or start a new dialogue, it’s just as important to look back and in, as it is to look forward and out. Why? Because if there are broken processes in your government that are already sources of frustration for the public or for business leaders, then those constituents are less likely to welcome your open-data initiatives and new mobile app solutions wholeheartedly, or trust them to deliver on their promise over the long term. What good is it to have a handy new app for your phone that can estimate wait times at the registry of motor vehicles if the actual wait to get new license plates is two and a half hours?

Look Inside First
“All of the activity around open government, and mobile technologies and government has been like the cart leading the horse, in a lot of ways,” says Joshua Greenbaum, Principal at Enterprise Applications Consulting. “There’s a very basic set of process improvements that could be initiated, particularly in state and local government, that doesn’t require 21st-century social media, new infrastructures, and technologies. And papering over broken government process with social media and mobile engagement isn’t the answer.”

Learn what it’s like to deal with your agency, city, or entity from the citizen’s point of view. Based on our research, here are some areas that matter most to citizens:

Keep in mind that your own experience – or your peers in the office – isn’t enough to go by. Yours is just one data point. A teenager trying to sign up for a driving test may experience the Department of Motor Vehicles entirely differently than a senior citizen trying to renew a license.

Make a review of existing processes a part of your efforts to break new ground with technology. If you do, your efforts to engage citizens will rest on a strengthening foundation of trust that reflects a genuine desire to improve people’s lives. As Josh Greenbaum says, “If I were a politician, I would want to hitch my star to a citizen engagement movement that really talks about this dual effort of fixing process and increasing engagement, and approaching engagement from the context of process, because I think that’s where you really are going to have an impact.”

To learn more about how cities like Philadelphia and Boston have discovered and fixed problems that citizens really care about, read 7 Steps to Reestablish Trust in Government Operations. We also did a Q&A with IT leaders from Boston and Philadelphia that you might want to check out.