The following sequence explains the technical procedure of the database migration option (DMO). As a prerequisite, you should read the introductionary document about DMO: Database Migration Option (DMO) of SUM – Introduction

DMO will update and migrate your SAP system to the SAP HANA DB, so before starting DMO we need:

In the web browser, we open the respective URL which sends an HTTP request to SAP Host Agent. After we have provided credentials, the request is forwarded to SAPup which is started on PAS host (Browser request not shown). 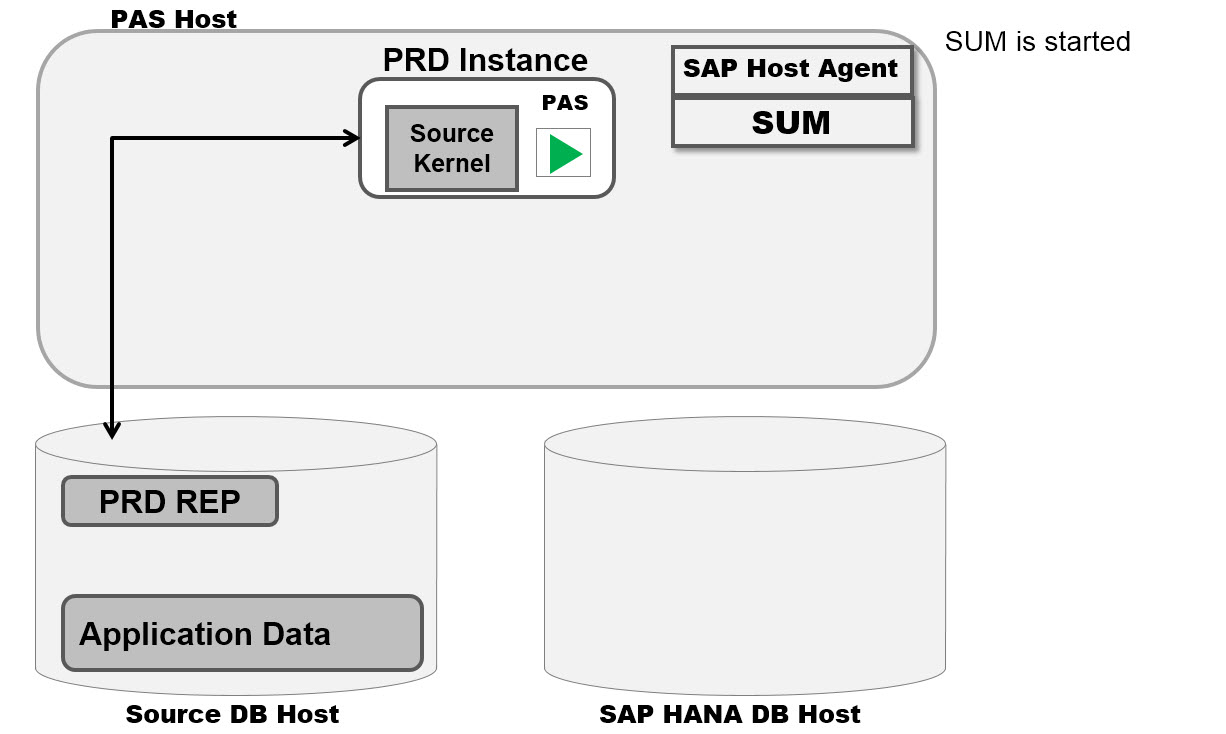 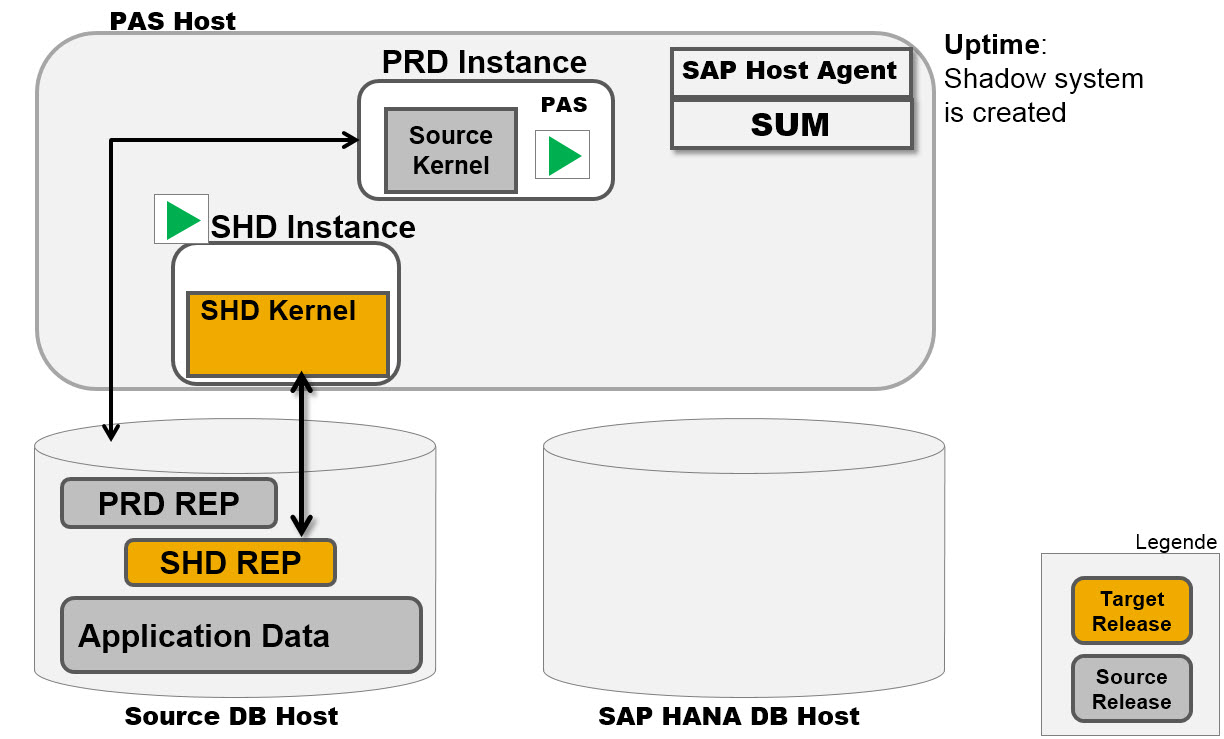 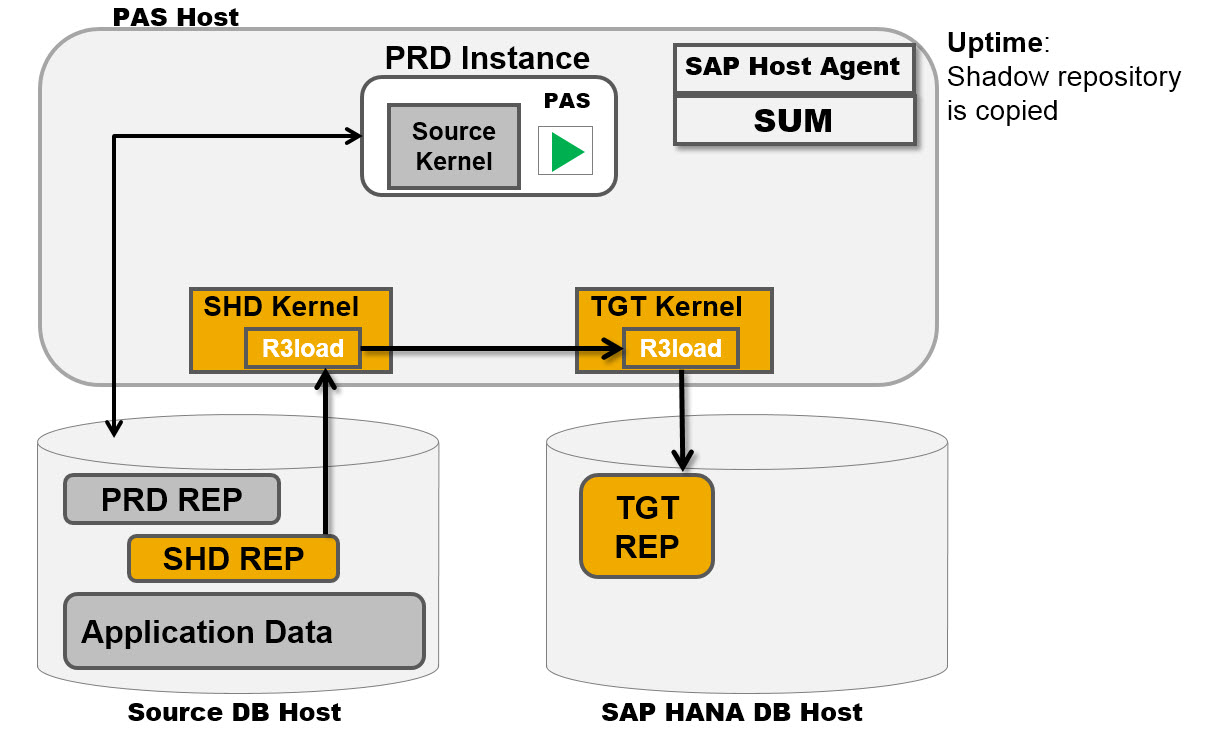 Now the system is being shut down, and the downtime processing starts. During this phase, the application data are migrated from the source to the target database. Like for a classical migration, the tool R3 load is used. R3load pairs are doing the export and import. The first R3 load (part of the shadow kernel) is exporting the data, the second R3load (part of the target kernel) is importing the data into SAP HANA DB.

Both R3loads are running in parallel on the same host. No export files (dump files) are created because the data transfer between the R3load pair happens throught the main memory of the host. This R3load option is called memory pipes. 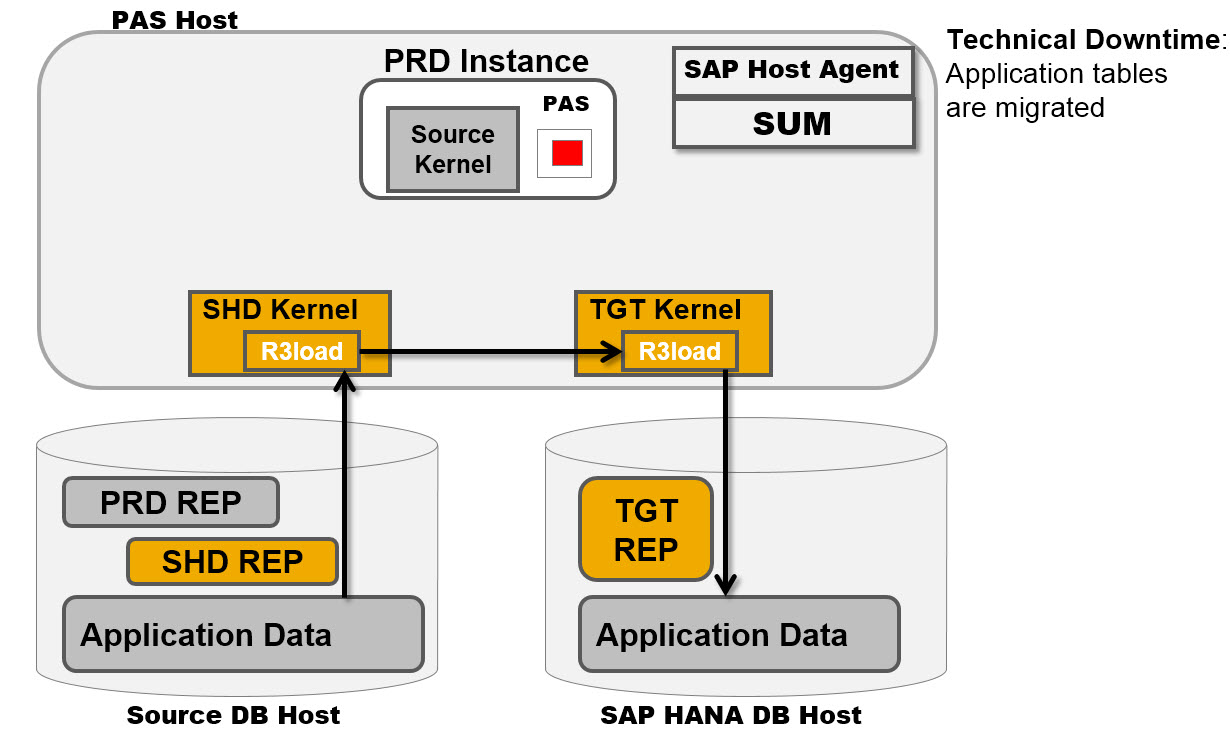 After the migration of the application data is done, SUM will provide the target kernel for the PRD instance (kernel switch). the application data are still on the source release. The system is switched on, but it can’t be used by endusers as the procedure is not finished yet (technical downtime). 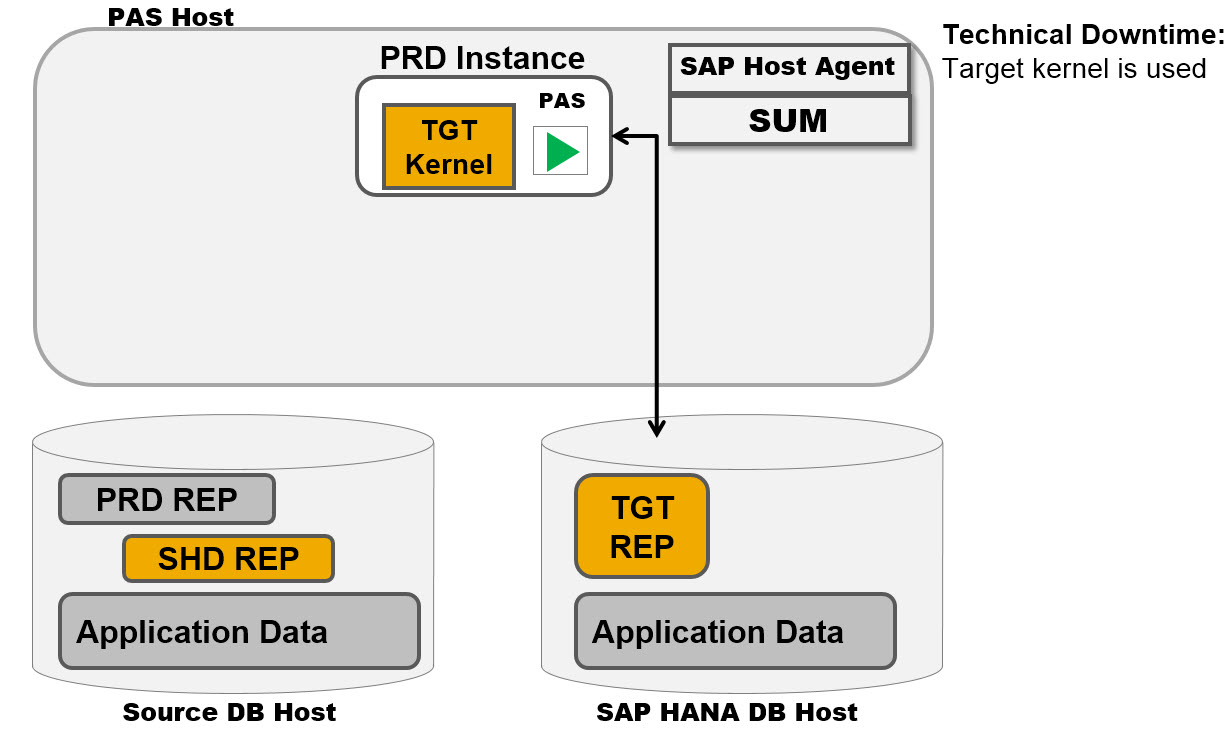 Then the application tables are updated (e.g. XPRAS), and when the procedure is finished, the system is available, running on SAP HANA DB and on the new SAP release. 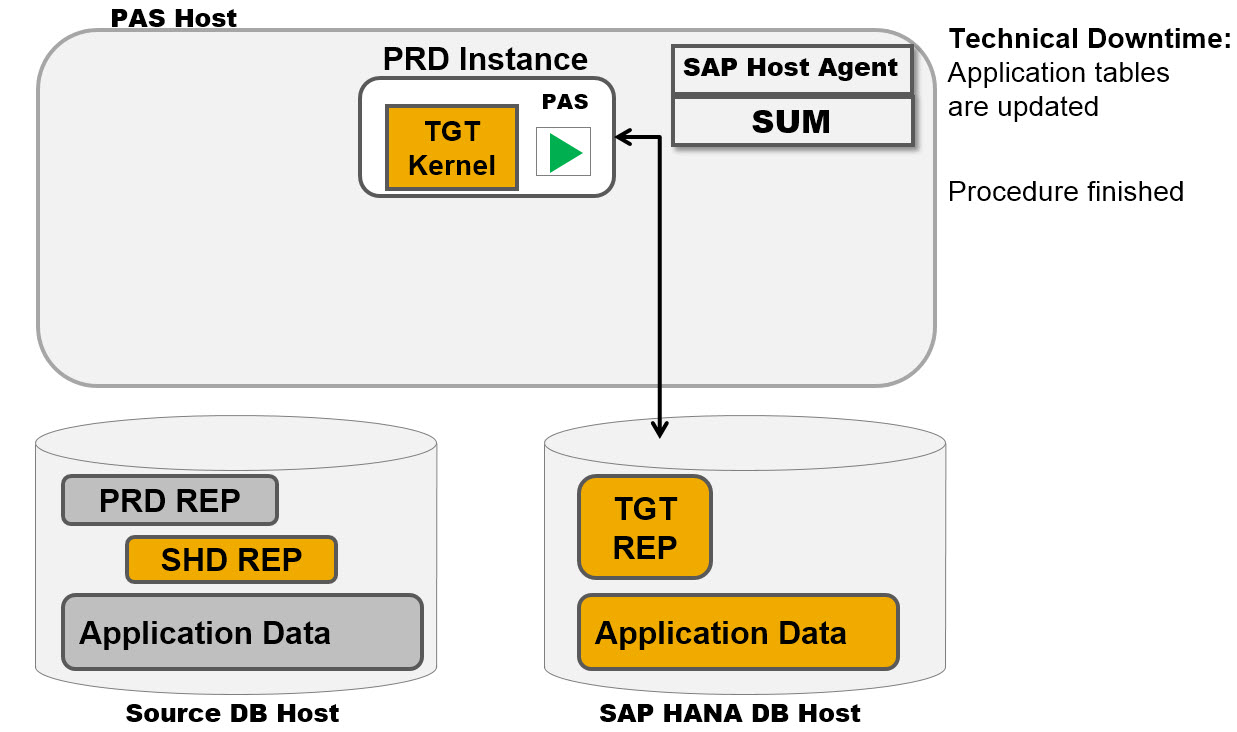 ℹ Note that during the complete procedure, the source database continues to run and is not changed. In case of any reason to return to the source database, a simple reset procedure offered by SUM can be used, and the state before shutting down the system is restored (without the need for a manual database restore). The SUM will deleted the data from SAP HANA DB, will restore the old kernel, and will delete the shadow repository.