This paper demonstrates how to implement basic file operations like move, merge and delete files in SAP Application server (AL11) by calling UNIX script file through OS commands and to automate the OS command through process chain.

A Unix shell is a command language interpreter, the primary purpose of which is to translate command lines typed at a terminal into system actions. The shell itself is a program through which other programs are invoked. The shell has some built-in functions, which it performs directly, but most commands that you enter cause the shell to execute programs that are external to the shell. This sets the shell apart from other command interpreters, because it is just another user program at the same time that it functions almost exclusively as a mechanism for invoking other programs. With Shell we can use standard UNIX commands as building blocks to create new commands.

As the CCMS administrator, you can modify commands and activate additional security mechanisms without having to change the program. You can add your own commands and parameters to the variety of (pre-defined) commands delivered by SAP

There can be scenarios to perform basic file operations (like move, merge, Zip, delete etc.) on files generated in AL11 via Open hub destinations or APDs. These operations can be achieved in SAP BW by direct use of UNIX commands in OS command or calling UNIX script file through OS command.

Consider that an open hub destination is generating .csv file in AL11. Every time when you run the DTP for that Open hub it will overwrite the existing file which was already generated. So if we need to retain the previously generated file, then every time when a file is generated we can move it to a new file with time stamp in the file name. There can be a requirement to merge files generated in AL11 to a single file before sending out of SAP BW. Similarly as a part of data retention & clean up activity it may be required to delete older files.

Procedure to implement the above scenarios

Following steps will demonstrate how to achieve the above mentioned scenarios.

Write the UNIX script in notepad and save it as “.sh” file format.

Below provided sample code will merge two files (FILE1 and FILE 2) into a single file with a new name (MERGERFILE) and timestamp. It will also delete files with name starting ‘MERGEFILE’ in AL11 older than 30 days.

*/ Combine the data in FILE1 & FILE2 present the path /var/opt/sapbi/ into a new file and the new file will have name MERGEFILE preceded by the timestamp at which it was generated.

Function module: ARCHIVFILE_CLIENT_TO_SERVER can be used to upload.

gzip [path of file]   : this command will zip the file.

Go to Tcode SM69 and click on create button to create OS command as shown below:

Command name: Give a name for the command.

Command sh will trigger/execute the script file mentioned in the parameter box. 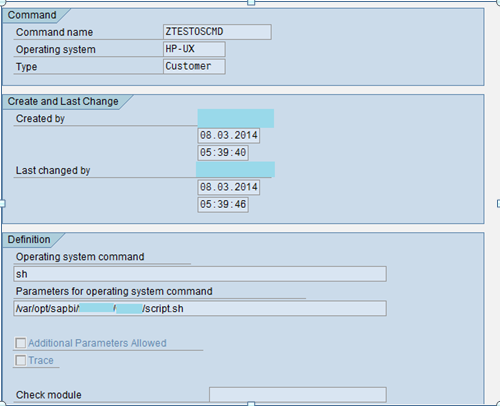 Below are the screenshots of application server:

FILE1 & FILE2 present in AL11. This may be generated by open hub destinations or APDs or flat file loads.

Click on “Execute” button after opening the OS command in SM69 to execute it. 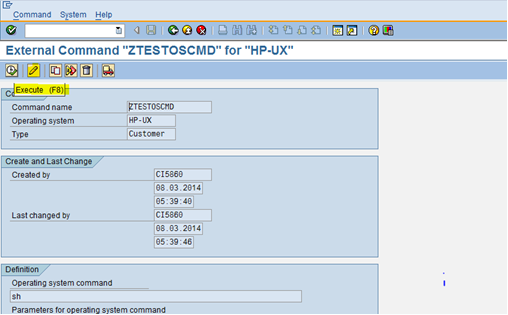 Merge file generated in AL11 after execution of the OS command.

If gzip command is used, then generated file will be zipped and will have extension as.gz

If this file handling has to be done after the execution of Open hub DTPs or APD execution or flat file load via process chain, then this can be added in to the process chain flow.

OS command process type in Process chain can be used for this. 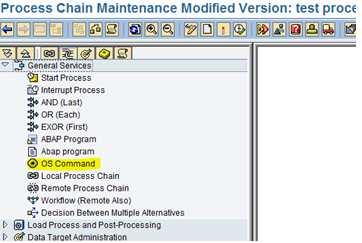 Inside the process variant enter the OS command Name & details which was already created. 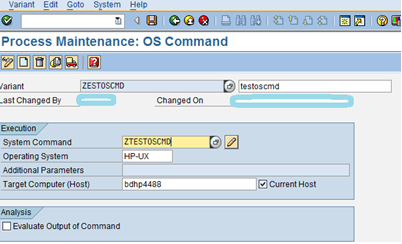 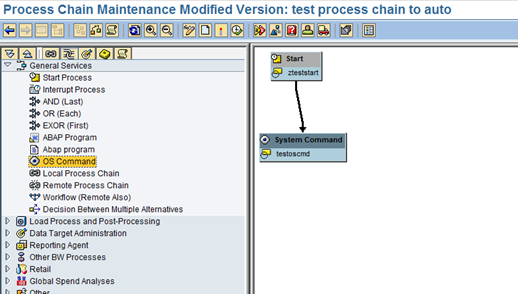 Nicely explained with screen shots. Thanks for sharing this scenario. It may come handy whenever I come across this similar scenario. 😉

Good Work, Its a nice that you have shared a document which is realy helpful for us.

Thank you for the good explanation. Very helpful.

Thanks for sharing. Do you have any similar wiki for decrypting gpg file? I'm not able to execute from SM69. Do I need to have Script file for that as well?

Very nice document and Thanks for sharing, Definitely it gonna use someday. 🙂