Analyzing Airline Flights in the US

In every visualization grouping, the two small circles on the left each represent a dimension.  Clicking on one or more of the dimensions will highlight the corresponding dimension on the larger chart.  Moving the mouse over values in the larger chart will display a custom tooltip with the data value.   Thanks to Xing Jin at SAP for helping update the sample to the latest version of Lumira, and to Sebastian, Rasshmi and Kelly from the IBM Lab for SAP Solutions for developing the code and visualizations. 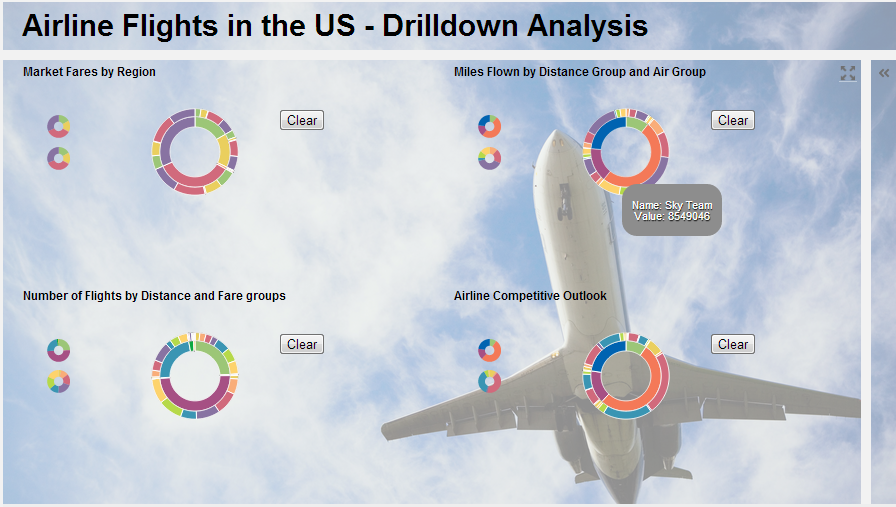 In the first story, we compare the sum of all the fares by region in the United States.   The visualization shows that the two regions spending the most on air travel are the south and west regions of the United States.  We can also see that the majority of the travel in each of those regions is to destinations in the west or south regions. 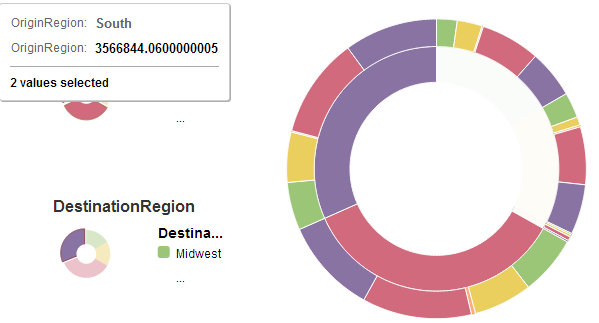 In the second visualization, we can compare which airline group (Star Alliance, One World, Sky Team, Other) flies the most miles within the United States.  The largest number of miles are flown by the “Other” category, which includes Southwest Airlines.  The second largest number of miles are represented by the inner blue band, showing Star Alliance. Number of Flights by Distance and Fare

The third visualization shows the number of flights by distance and fare.  We would expect to see that longer distances correspond to higher fares, but this turns out to not be the case.  Focusing on the most popular airline ticket category of $150 – $300 fares, we discover that the flights traveled on that fare category are almost equally distributed between all the flight distances.   On another blog posting in the future we could look more deeply into why this is happening. 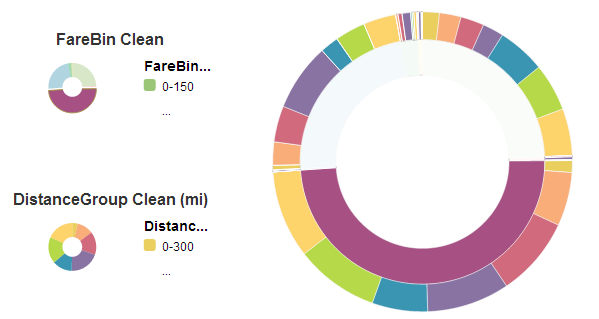 For the final visualization, we will look at which airline group has the most flights.  In this case we discover that the “Other” group, dominated by SouthWest airlines, has the most flights and the cheapest fares, with the vast majority of the flights in the two rate categories of $150-300 and $300-$600. 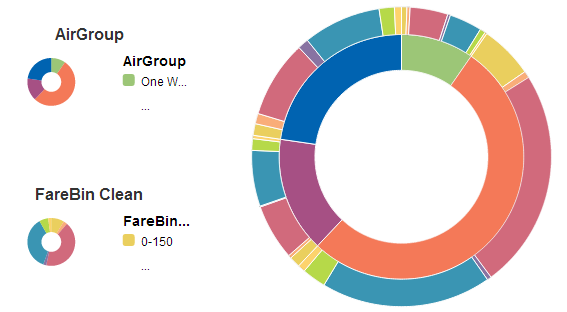 We can then bring all four of these visualizations into a single story and add an attractive background image, as shown at the topic of this post.

1. Download and Unzip AirlineSample.zip into a temporary directory
2. Copy the “Airline Flights 3.lum” file into the “My Documents\SAP Lumira Documents” folder
3. Unzip dynamicpies.zip into C:\Program Files\SAP Lumira\Desktop\extensions, so your folder looks similar to the picture below: