Millennial Women Will be the Next Generation to Fight for Equality

International Women’s Day is coming up on March 8, with men and women worldwide celebrating gains in women’s social and political issues and economic advancement. At the same time, the agenda will turn to areas where more action is needed. 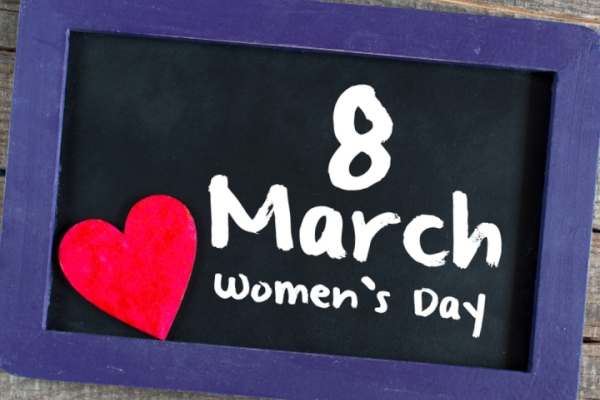 The next generation of women, the Millennial women, will pick up that fight. And they’re off to a good start. According to a Pew Research Center report on Gender and the Workplace, women between the ages of 18 and 32 have closed the gender wage gap to the narrowest in history, earning 93 cents for every dollar earned by men. In addition, they have a passion for social issues and are making gains globally.

Like most people, I’ve worked with many Millennials. They’re different than previous generations in many ways. What satisfied previous generations of working women—setting up networking groups, mentoring and coaching—won’t be sufficient for this generation. They need to see themselves as helping the world. It’s important for them to know that their jobs have meaning.

One of the ways we nurture that desire in our employees is to send high-potential employees into SAP’s social sabbatical program. The program, which began in July 2012, is an innovative learning opportunity for employees to contribute their time and talent to helping entrepreneurs and small businesses in emerging markets.

I recently spoke with Sarah Lottman, a senior technology consultant at SAP. She’s a Millennial who went to Bangalore, India to serve at a non-profit call Agastya. Agastya’s goal is to bring hands-on science education to rural and poor children. One challenge they face is families’ tendency to remove children from school to work in local villages. This is especially an issue with young women, whose education is viewed as a secondary priority. Volunteers from Agastya visit parents and try to show them how important education is for young people, especially girls. Currently the culture puts tremendous pressure on women to run the home domestically, with girls forced to marry at a young age and have children. “There is progress being made in India toward gender equality, but the changes will take time,” said Sarah.

“Forced marriages and child marriages are still very common in India,” noted Riikka Nikkinen, an SAP project manager from Finland who also conducted her social sabbatical supporting children’s education in Bangalore. “We visited a village where I saw a girl—no more than 15 years old—carrying a baby and walking with her husband, an older man. Many talented girls quit school at age 15 or even younger when they are arranged to be married.”

Riikka noted that women in India are starting to stand up for their rights. During her time in Bangalore, she saw protests where women were demanding justice for friends and colleagues who had been raped and abused.

Laura King, a senior information developer working for SAP in Ireland, spent her social sabbatical in South Africa, where she worked on a project with the Center for Social Entrepreneurship and Social Economy (CSESE), a non-profit incubator for social entrepreneurship, the process of pursuing innovative solutions to social problems.

“I was able to see clearly the impact of social entrepreneurship in emerging markets,” she said. “Just taking one example, the Tshepang program in Roodepoort, Johannesburg is helping the next generation of the workforce get off to a good start by providing a day care and after-school service for children living in informal settlements.” Social enterprises can have an impact not only in emerging markets, but in all markets. By empowering people to be self-sufficient, businesses can be more sustainable in the long-term, while money and resources stay in the community.

Riikka came to a similar conclusion from her experiences, that empowering women has a positive impact on the well-being of families and the wider community. “For example,” she said, “in India the number of women working outside the home is increasing and that is creating demand for services like child care, which in turn provides work for other women. The feminization of the workforce may also change working conditions that have been dominated by men for decades.”

The theme of International Women’s Day this year is “Inspiring Change.” By supporting the desires of the Millennial women to make a difference and help their peers worldwide, corporations have a powerful opportunity to bring about a form of progress and innovation that will also attract and deeply engage the next generation of workforce.