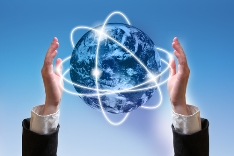 This is the second in a series of blogs based on my conversations with cloud computing industry experts about what it takes to land a job in cloud-based software development. I covered more technology-focused skills in part one. This installment spotlights the personal and professional attributes that hiring managers look for in candidates applying for cloud software development positions.

“I have a lot of clients going to virtual job markets to employ developers across the full range of services through testing and verification,” says industry analyst Josh Greenbaum, principal of Enterprise Applications Consulting. “For example, one has his business in San Francisco, California and many of his employees are in the Czech Republic. Essentially, he’s running a cloud-based start-up in the cloud.”

“Somebody sitting around waiting for formal training in cloud computing is wasting the organization’s and their own time. Developers have the opportunity to educate themselves and actually use the technologies cheaply on their own time. This would have cost millions to do just ten years ago in terms of the infrastructure,” says Thomas Otter, Vice President of Product Management at SuccessFactors, an SAP company.

Students have a natural advantage understanding these technologies, but people already in the workforce have many choices as well. Otter advises developers and product managers to take advantage of the many online and hands-on training options offered by SAP and others. “The barriers to learning a new language or programming technique are much lower than before so it makes sense to get out there and learn more about what’s going on beyond the confines of your own technology stack. You can deploy SAP HANA on the Amazon cloud, watch lectures from the Hasso Plattner Institute on in-memory computing, take a course from MIT, attend openSAP courses, and use the resources in the SAP Community Network.”

Paul Belliveau, HR Consultant, says that it all comes down to being future-minded and flexible. “Demand for technology is changing so rapidly that developers need to constantly understand where the efficiencies might be and have the agility to switch course midstream.”

Otter believes this gives cloud developers a huge opportunity. “They use new ways of delivering and deploying software, as we do at SuccessFactors, on a quarterly basis. When you build something in January, ship it in March, and have thousands of customers using it by April, developers have the opportunity to get fast feedback. It is an awesome feeling to realize that 25 million users will be using your code the day it ships. It also means they have to deliver higher quality products the first time around.”

When it comes to cloud computing, experience is necessary but not sufficient. Developers committed to ongoing learning have the edge. And that’s something hiring companies are willing to pay for.