On Sunday 8th March 1914, Russia celebrated International Women’s Day; this Saturday will celebrate the 100 year anniversary of this holiday. I have long since wanted to write a short piece about IWD, and as a man, I have probably made a big mess of it. Forgive me. 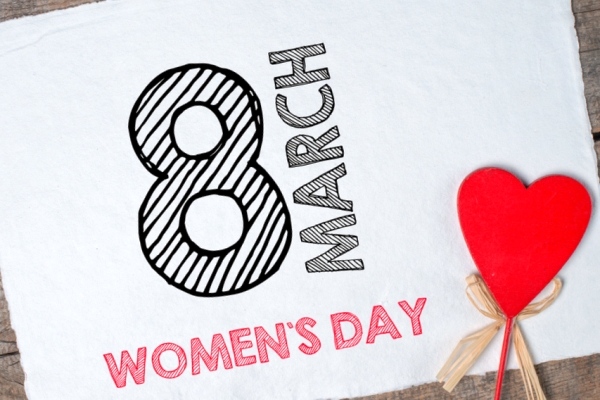 A Brief History of IWD

Whilst IWD has its roots in the USA, major support for it comes from Russia. In 1914, Russian women protested World War I and in 1917, Russian women protested for “Bread and Peace” and four days later, the Czar abdicated, leaving the way to allow women to vote. Shortly after, Alexandra Kollontai convinced Lenin to celebrate the holiday. In the mid-60s, it became an official public holiday in Russia and it is today celebrated in most eastern European countries.

IWD seems to be having a revival in the USA in recent years as part of a global movement for gender equality.

However if you know a women from Eastern Europe or Russia, the 8th March will be much more important than Valentines Day to them. If you like, it is a mixture of Valentines Day and Mothers Day – a celebration of women.

If there is something that is pleasing about the SAP Community, it is the relative inclusiveness of women in SCN. Take the last 12 months, for example. In About SCN, Audrey Stevenson, Laure Cetin, Gali Kling Schneider and Jeanne Carboni are in the top 10 contributors. Indeed, the SCN business owner is Maggie Fox.

And let’s not forget the #1 SCN contributor of 2013, Tammy Powlas! Tammy creates as much content as a small country.

I’ve felt for a long while that the SCN community, with others including Marilyn Pratt, Jelena Perfiljeva, Christina Miller, Moya Watson, Laure Cetin and many others that I’ve no doubt neglected, personifies inclusiveness in the workplace.

What’s more, it has been a relatively good year for women in the workplace. I say relatively, because there are still only 23 women CEOs in the Fortune 500. However, Mary Barra at GM, Meg Whitman at HP, Ginny Rometty at IBM and Marissa Mayer at Yahoo are all examples of progress. It’s not perfect, but 23 is better than 22, and as I often say, change is a process.

Particularly pleasing was GM – a company who you would think is stuck in a very male-oriented world. Not far behind are HP and Yahoo, both of whom have CEOs executing transformational strategies. The world is, at least, progressing in the right direction, even if it is too slow.

It’s not all roses

Please pardon the pun, but it’s not all roses. I attended a Computer Science course at University in 1995 and less than 5% of the attendees were women. We have a dire lack of women in the IT industry and it starts during school and university. Without women students, how can we hope to train the next generation?

This is in stark contrast to what I’ve seen when recruiting in Asia. Women are encouraged to complete technical degrees and our percentage of women in the workforce is much better in Asia than it is in the UK and the USA. In the UK and USA it is so very difficult to employ women in technology.

I’ve always felt that I was pro-equality in the workplace. I would promote men and women equally. These past months, my personal experience has caused me to challenge this. As yourself the following:

I suspect that many of us have been consciously or unconsciously responsible for this behavior.

I’ve wanted to write about IWD for the past few years, but I avoided, for fear of getting it wrong. This year, I decided to write this very imperfect piece anyhow. I hope you forgive its imperfection and take something positive out of it.

I also wanted to pen a brief pointer to three people who inspired me to write this piece: