I am a big fan of the ODataSDK. It is running very stable and is well structured. Of course there are still some limitations, but the current release can already be a great help in building OData based native apps.

You might know this ODataSDK Overview picture, which is originally posted inside the official documentation: 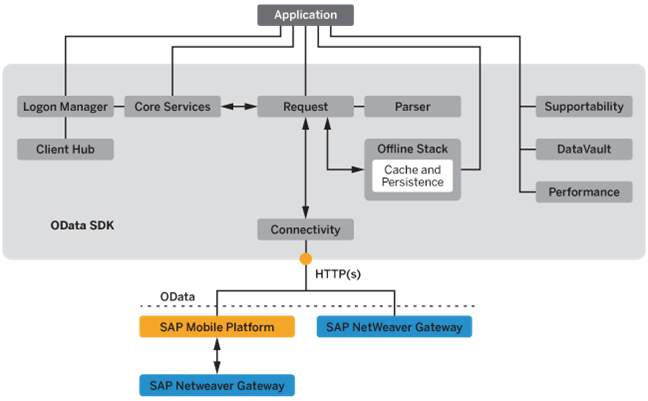 It gives you a good overview of the components/libraries which are included. The ODataSDK is available for iOS and Android and will be installed using the SMP3 MobileSDK installer (available for Mac OS and Windows). The installer will “only” extract the content to a folder, it won’t install you a development environment. So you have to use your own environment, e.g. eclipse with Google’s ADT plugin in case of Android or XCode in case of iOS.

If you want to use the Android ODataSDK simply start a new project in eclipse and import the ODataSDK libraries. Your OData app need to follow these steps:

I hope that this blog post let you understand the concept of SMP3’s ODataSDK and particular Offline OData a bit more.