Lumira Cloud at Inside Track Vancouver 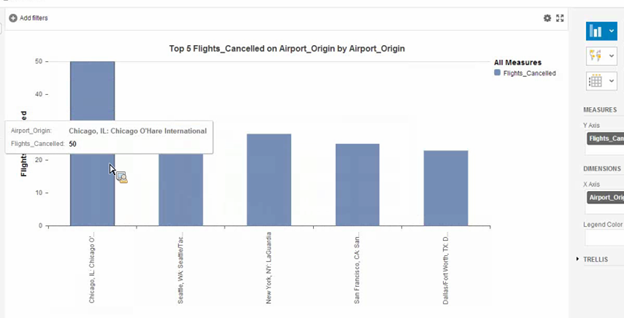 Figure 2 shows the top 5 airports with cancellations.  For those living in Chicago, it’s no surprise that O’Hare has the most cancellations. 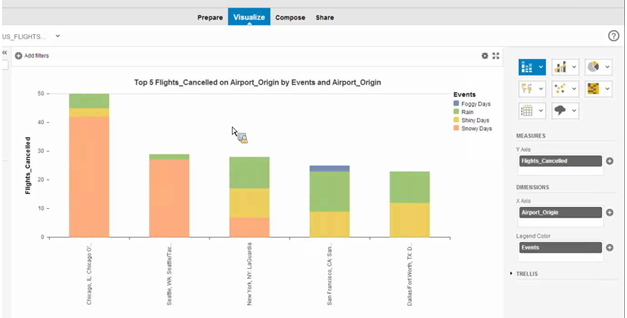 Figure 3 shows a stacked column chart showing how weather has impacted the flight delays.  It is no surprise that snow is the main reason for delays in Chicago.

Figure 4 shows which airport is most impacted by Chicago flight delays.  The Atlanta airport, LaGuardia, and Washington DC’s Reagan airport are most impacted by these delays.  (I am sure I have experienced this myself between Chicago and DC). Most cancellations are when the temp is the lowest.

Christina also created a storyboard but said the value of the storyboard is sharing it. 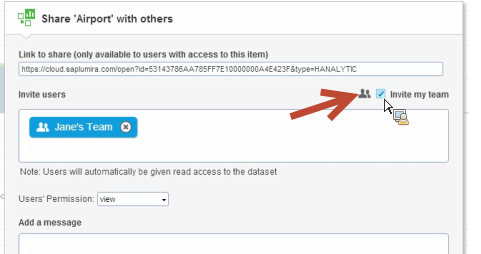 For me this part of the demo was the new part – sharing with a “team”.

In the future they will look at public sharing

Q: Question was about HANA Online

A: For HANA Online not import the data – limited on data manipulation

Q: What about Lumira for Mac?

A: This is only for Windows

Q: What about connecting with BW?

A: no Native BICS – can connect in universe

There are more Lumira sessions at BI 2014 this month.

I see a couple major take homes from this.

Some days I get so excited talking about Lumira - today is definitely one of those days!

- "For those living in Chicago, it's no surprise that O'Hare has the most cancellations"....hehe, experienced it first hand, especially this winter.

Thanks Tammy for the great summary!