For many parents like me, it is hard to imagine our kids without a laptop or smart phone in their hands. But the reality is that equal access to these technologies is not universal. 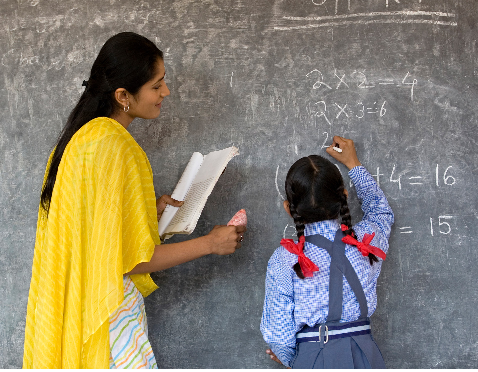 Many people believe that information technology is an essential need for the world’s children – not unlike safe drinking water or modern immunizations.

Chapman believes technology for the developing world is about survival rather than entertainment.

In a thought-provoking blog Why technology is the future for girls, he writes that in many countries, “technology is about solving problems rather than sharing social trivia . . . the developing world is making pragmatic use of technology to drive growth, reinforce rights, and break the cycle of poverty.”

But Chapman sees a real disparity along gender lines.

“In the developing world, nearly 25% fewer girls and women are online than boys and men,” he writes, “with this gap climbing to 40% in regions like Sub-Saharan Africa.” He points out that discrimination, lack of confidence, and lack of basic language skills can all affect a teenage girl’s access to computers.

Chapman thinks, “If we can change these gender stereotypes and transform attitudes to technology, we will see girls in the developing world attain their human right to technology, and make massive leaps in both their private and their working lives.”

Chapman and Plan International see the power of information technology firsthand in their own global programs and emergency response efforts. Plan International, for example, uses a cloud-based HR solution from SuccessFactors, an SAP company, to help manage and deploy its teams of specialized employees and freelancers.

A dramatic demonstration of this capability was Plan International’s response to Typhoon Haiyan when the storm slammed into the Philippines and displaced more than 800,000 people – many thousands of them children. “Being able to qualify our employees against certain skills allows us to choose the right people to respond,” says Plan International’s Global CIO Mark Banbury in a recent interview.

In fact, with real-time visibility of employee data and skills, Plan International can react better to virtually any situation.

Last year alone, Plan International worked with 78 million children in more than 90,000 communities. And the NGO takes a broad and holistic approach to protecting these boys and girls. This includes ensuring they have the basic resources needed to survive natural disasters and the fundamental skills and rights required to thrive in this modern world.

Read more about cloud-based HR solution from SuccessFactors, and please join me on Twitter at @JohnGWard3.