SAP HANA got started with a bottle of wine, blank paper and a seat in the shade, according to SAP co-founder Hasso Plattner. Just seven years later, HANA is the company’s flagship in-memory platform.

“I said [to myself]: ‘Do I have any idea how I would build a new enterprise office system?’” Plattner said in a Financial Times interview Monday. He shared his notes with a group of PhDs to brainstorm. “We basically defined the foundation of a radical system — the radicality was no redundant data — never store data twice … that was the start of HANA.”

The Monday Interview covers Plattner’s early entrepreneurial years, the co-founding of SAP in 1972 and his passion for racing sailboats. The Berlin-born, Bavaria-raised Chairman of SAP’s Supervisory Board even confides that he would’ve liked to have grow up in Liverpool, England and become a long-haired guitar player.

But in this life, Plattner is helping to revolutionize and industry while overseeing a massive renovation of SAP’s technology and focus. And it hasn’t been easy.

“You have to be willing to set aside what you have built over many years,” Plattner said, adding that he sometimes encounters legacy code written by his fellow SAP co-founder Claus Wellenreuther. “You have to convince people that change has to come, and that is difficult.”

Accelerating a Culture of Innovation 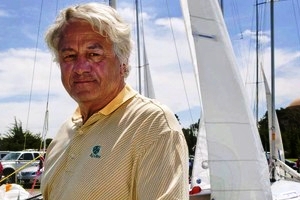