So Jason Lax asked in his status update “who’s excited for the Oscars”?   Honestly I hadn’t given it much thought.  But then I started looking and found this dataset from Harvard which has Oscar information from 1928-2006.  Why not check it out with Lumira?

This dataset includes winners and those nominated for movies, actor/actress, director.  For this purpose I just looked at nominated.

The above shows at the time in 2006 that Katherine Hepburn was the most-nominated.  Since then Meryl Streep has also received more nominations.  Hopefuly you recognize familiar names in the above such as Bette Davis, Spencer Tracy, Paul Newman and Jack Lemmon.

In case you don’t want to analyze, and let Lumira Cloud do it for you, you can upload the dataset to Lumira Cloud and look at the “Did you Know”: 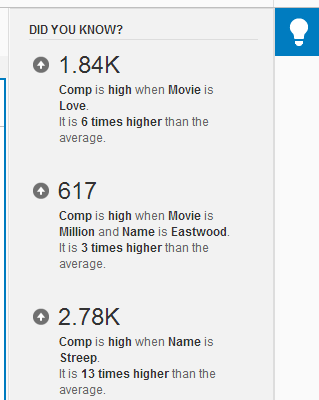 I also decided to add an Oscar background image (Creative Commons, of course):

You can control the “opaqueness” of the image in the Visualize pane.

You can also e-mail the visualizations:

What I found interesting here is when the visualization is a table, it is e-mailed in an Excel format:

I can publish visualizations to StreamWork (not Lumira Cloud): 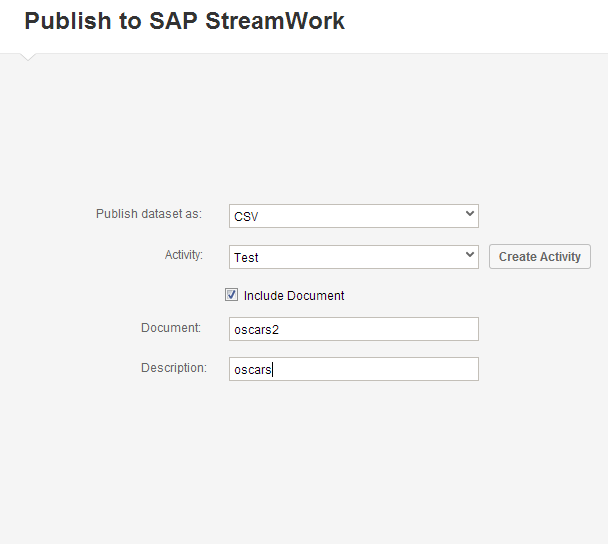 Viewing in StreamWork is also possible: 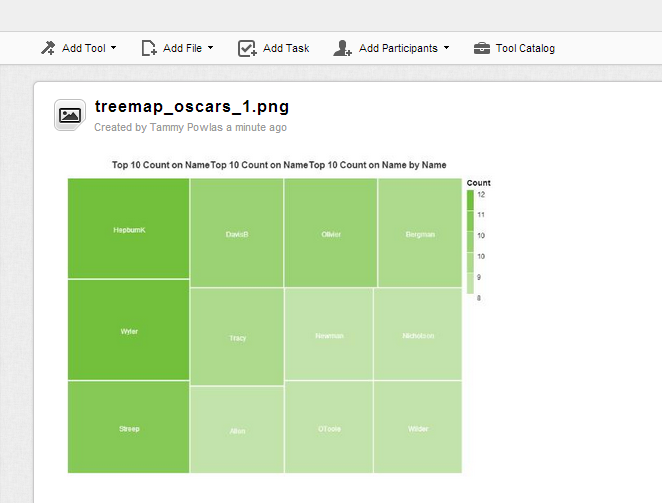 I love how Tammy is able to use Lumira and demonstrate the analytic power - and show us information related to current events.  The next thing I'd like to see if where Tammy gets the time and energy to do all this!