For beginners in B2B integration,it’s still a challenge to distinguish between the approaches for sending 997 in inbound and outbound scenarios(personal experience 🙂 )

Thought of sharing these two different methods in a simple blog:

one possible way is to translate incoming 997 to STATUS IDoc

here, ISA13/GS06 can be mapped as per requirement

EDI 997 structure, has different AK levels, in this case we consider GS level

AK102 is mapped to ESTATS-> DOCNUM 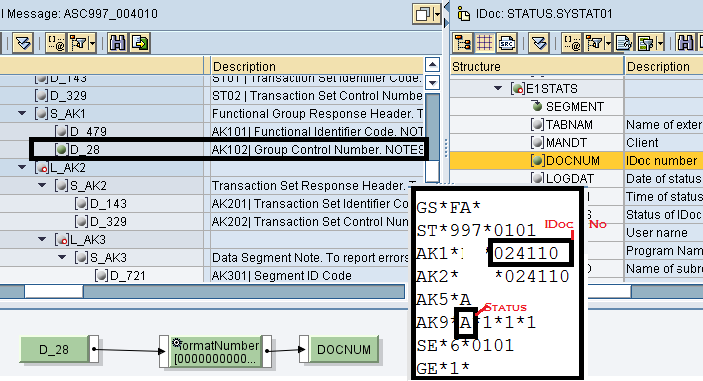 Module X12ConverterModule is used at the receiver side

Once the STATUS IDoc is delivered successfully, the status of original Outbound IDoc is changed to 16 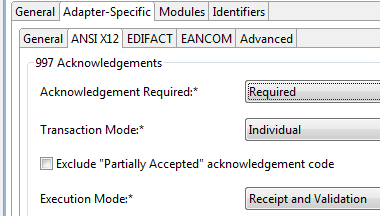 Module X12ConverterModule is used at the sender side 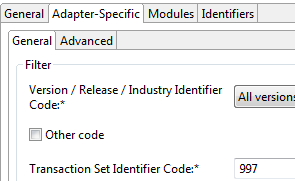 Note- No converter module is required here, as 997 is generated by adapter in raw EDI format.

Thanks for this post. We are working on outbound B2B scenario and the 997 being sent from partner is not getting properly in PI monitoring.

I understand that this blog talks about updating the status of the transaction at SAP ECC.

But can also get similar status in PI.

We are working with SAP PI B2B Add-on SP04

Hi,
In case we have some proxy to EDI scenario, can we still use STATUS Idoc for inbound 997 ?

Else what is the good approach for handling 997 back.

STATUS IDOC can't be used for proxy. You can generate custom proxy for ACK.