There is obviously several new features. But one of the new features that SAP will add more and more features to with each release will be the workbench.

One of the biggest changes would be that you can now design the dataflow in the workbench, the first release did not have this functionality yet. In comparison with Data Services Designer the concept is to be able to do most of the dataflow in one window. So in this version when you click on the query transform all the mapping will be shown in the below windows. This is illustrated in Figure 1 below. 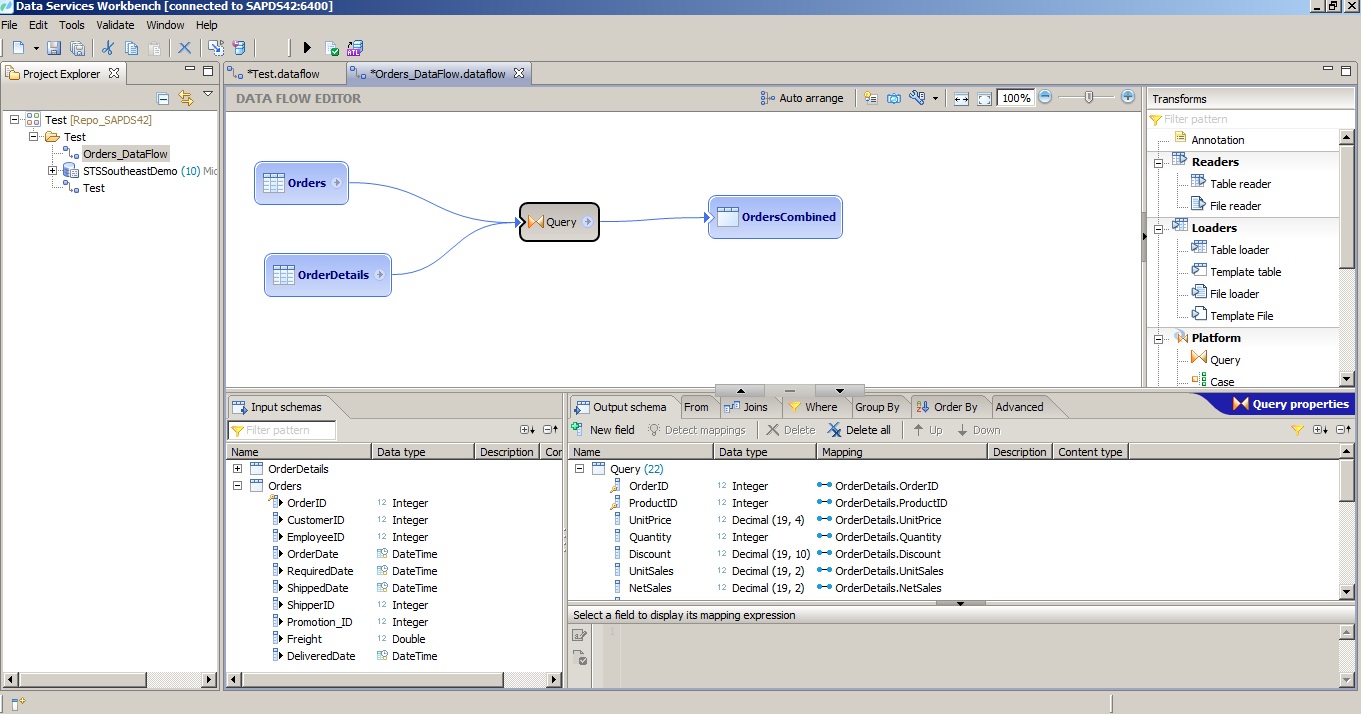 Nice little feature I noticed was that when you click on a column it shows the path of where that column came from. This could be very handy for complex dataflows. 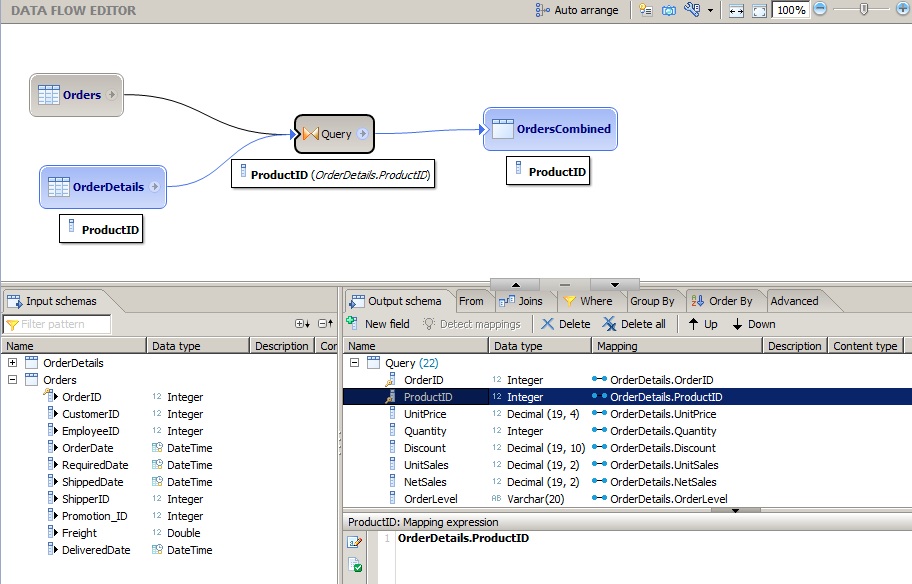 As shown in figure 4, you can now go to advanced editor when doing your mappings if needed. The functions have been also arranged in a similar manner as in Information Steward.

The workbench makes us of projects still. However in the workbench the projects shows everything related. So in the below example it shows the Data Store called STSSouthEastDemo, also shows two dataflows. Can also create folders to arrange content 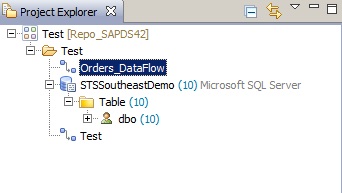 As shown in figure 6 below the log is slightly different, shown in a table, but still shows the same info.

In Data Services you have always been able to view the data. But now that the workbench is using the eclipse based shell in we can then view data as other eclipsed based sap products. Figure 7 illustrates this. You will notice this has same look as feel as hana studio and as IDT. This unfortunately doesnt allow you to view two tables of data next to each other like, a feature that is available in the designer and is useful. 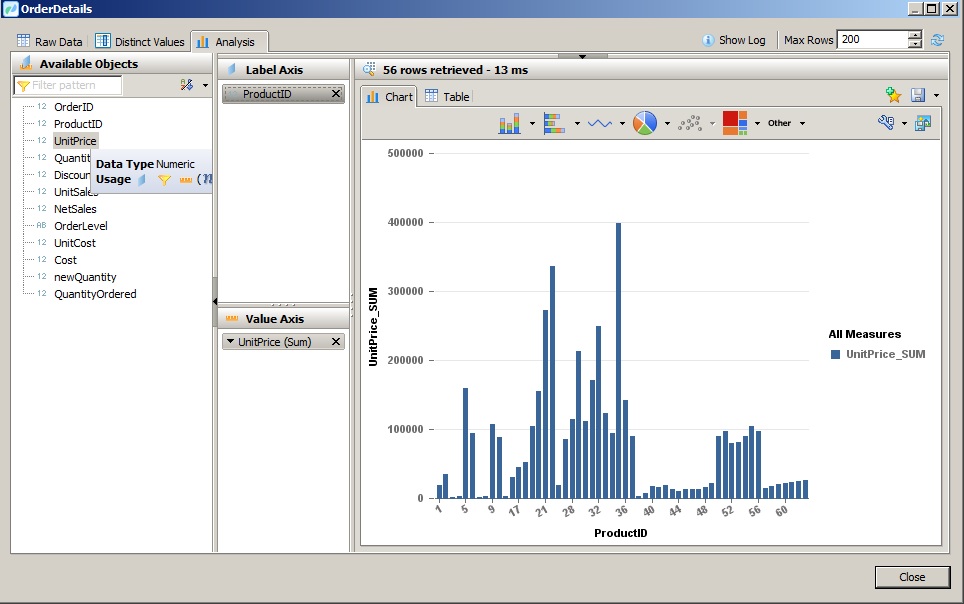 So I have shown you some of the new features in the workbench. Many of them being the replication of the Data Services Designer but into the eclipse look and feel, in some instances some new little features or end user experience improvements.

But I’m still missing a lot before I will switch from the Designer to the workbench.