Indian Institute of Management Kozhikode, a UA member school had invited Mr. Sunder Madakshira – VP, Marketing and Communications, SAP Labs India at their campus to enlighten around 40 students about the ‘Contemporary Topics in Marketing’ on 27th Feb.

Busting myths, Mr. Madakshira talked about how the work undertaken by most of the CMOs of leading companies is not as rosy as it appears. In fact, they are one of those few people who are constantly under the pressure to live up to the expectations of not only their CEOs but are also responsible for meeting brand new targets almost every day. According to one of the reports related to a leading organization of the country shown by him, in reality, CMOs have very less
control over the 4Ps of marketing. Most of them suffer from various diseases like inertia, paralysis of analysis etc. While sitting in their AC cabins, they
more often than not, lose touch with customers – a situation that adversely affects the organization.

The talk was full of present-day, highly relevant examples ranging from the FMCG industry to the consumer durables industry. He explained how when LG, originally a consumer electronics company, tried to venture into the FMCG industry in order to take advantage of their highly extensive and powerful distribution channels, they faced a lot of teething troubles as competing with the already established giants like HUL etc. was not a cakewalk at all. 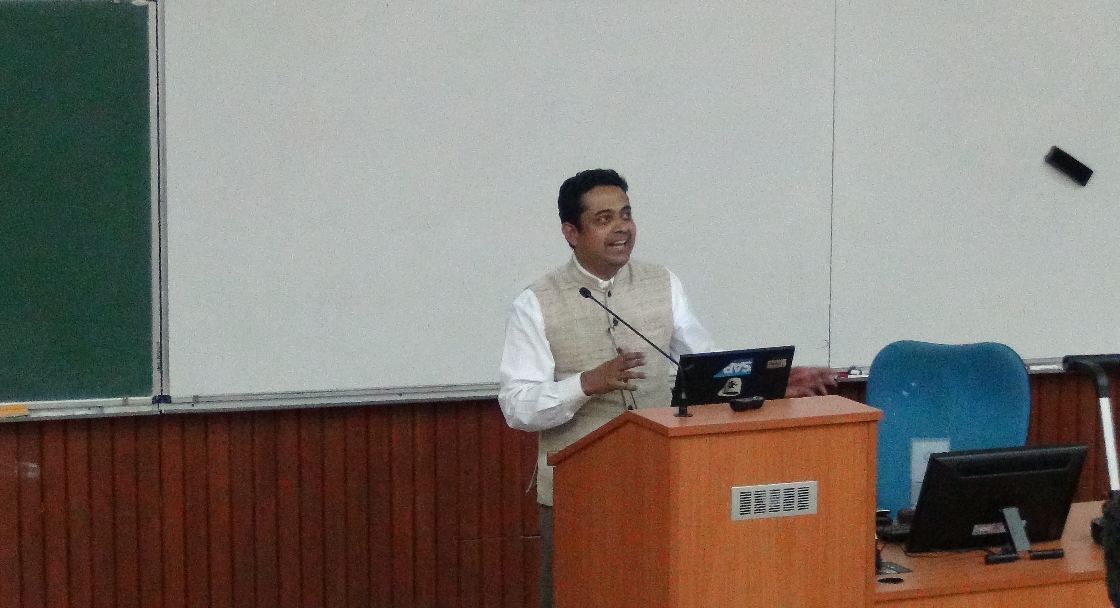 He also explained how there is a constant need for infusing innovations into the marketing tactics in order sustain in the market. One has to be aware of the markets, customers, distribution channels and competitors inside-out. During the 90s, it was because of an astute marketing plan adopted by HUL that it was able to pitch Wheel against the extremely popular and low cost Nirma washing powder. He also highlighted the fact that one has to transform adversities to opportunities and use them to one’s advantage. He gave the example of a very famous ice-cream company based out of a highly cold region of the US where the temperatures used to be extremely low for almost all the seasons of the year except four days. The company used these four days to realize and cover their ice-cream sales for the entire year.

On a concluding note, he advised the students to make the most of the summer internship opportunity by not just contributing to the project assigned to them but instead, analysing the strategic bent of the company in order to benefit in the longer run. Talks like these not only help students gain insights into the genuine aspects related to the professional world but are also responsible for inspiring them to become responsible and successful managers of tomorrow.