Be Your Own Willy Wonka with 3D Chocolate Printing

There was once a day when one would need to go all the way to the candy store to pick out some chocolate. Well times they are a changing and thanks to a joint agreement between Hershey Company and 3D Systems Corp, you will be able to “print” your own chocolate — and in 3-D no less! 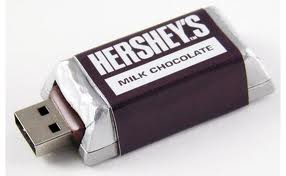 It’s not yet clear if 3-D goggles will enhance the experience,

but the goal is to “explore and develop innovative opportunities for using 3D printing technology in creating edible foods, including confectionary treats,” according to the joint press release.

It’s kind of like Norman Rockwell meets the Jetsons as Hershey is determined to pass its iconic chocolate genes into the future’s churning sea. In fact, William Papa, Hershey’s chief research and development officer added, “Whether it’s creating a whole new form of candy or developing a
new way to produce it, we embrace new technologies such as 3-D printing as a way
to keep our timeless confectionary treats into the future.”

However iconic, Hershey Company is well known for utilizing the latest in technology and runs SAP end-to-end, leveraging their software for applications and analytics.

3D Systems recently unveiled its “Chefjet” at the 2014 International Consumer Electronics Show. Chefjet fits right on the countertop and can print out fun things like candy and cake icing:

George Jetson himself would have been impressed!

Chefjet will be available to the hungry for Hershey creations in 3-D later this year. Hershey has been firmly entrenched in American lore, but it’s clear they are also focused on the future. With consumers now shopping on Amazon, working out with Wii and steaming movies from Netflix, who has time to leave the house for the candy store?

Well staying in is soon more fun than ever for kids of any age. The options are only limited by the imagination, with delicious super heroes, team mascots and cartoon characters only a click away by aspiring 3–D chocolatiers.

As Willy Wonka himself said, “There is no life I know to compare with pure imagination.”

Printable chocolate as a business enterprise may seem counter intuitive, but quite often it’s taking a chance on disruptive technology that keeps companies in business. When asked in 1983 about the public’s acceptance of personal computers Steve Jobs said:

“It’s like computers and people are out for a first date. For some crazy reason we’re hopefully in the right place at the right time to make that romance blossom.”

Well we all know that the romance not only blossomed but got feverishly torrid. Cocoa powder and a printer are on their first date now, thanks to Hershey Company and 3D Systems.

Both companies are counting on seeing a whirlwind relationship take flight.

And what better way to bring people closer together than with the imaginative creation of magnificent works of 3-D chocolate!