Generate QRcode via ABAP with help of online service

Previously we have discussed how to generate QRcode with SAP standard functionality:

Both solutions will generate QRCode within a PDF file. If your requirement is to generate the QRCode in a picture file, you can use the solution described in this blog.

There are lots of websites which provide free QRCode generation service. Just google it:

I prefer to use this one http://www.qrstuff.com: just choose “Plain Text” and we can input some characters in Text field. There is a AJAX call which will generate QRCode immediately after some characters are typed.

Now question is how we automate the character input via ABAP.

I use Chrome to explore what has happened when we input some char in webpage. Click F12 to launch Chrome developer tool, input some char and observe the information displayed in the “Network” tab:

The request URL is found: http://www.qrstuff.com/generate.generate

The request method is GET.

Also it is necessary to identify http form fields and they are also listed in Chrome: 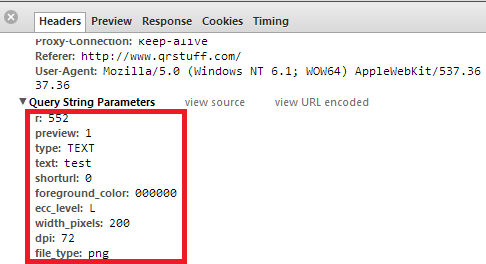 We need to copy all of those form fields into our ABAP code except preview=1, since we don’t need the preview functionality, we just need the generated png file.

here below is the simple report to generate QRCode from hard coded string “testforQRCode”. ( The bold text are just copied from Chrome developer tool )

The source code of zcl_http_tool could be found from attachment.

And this is QRCode scanned from my mobile phone: 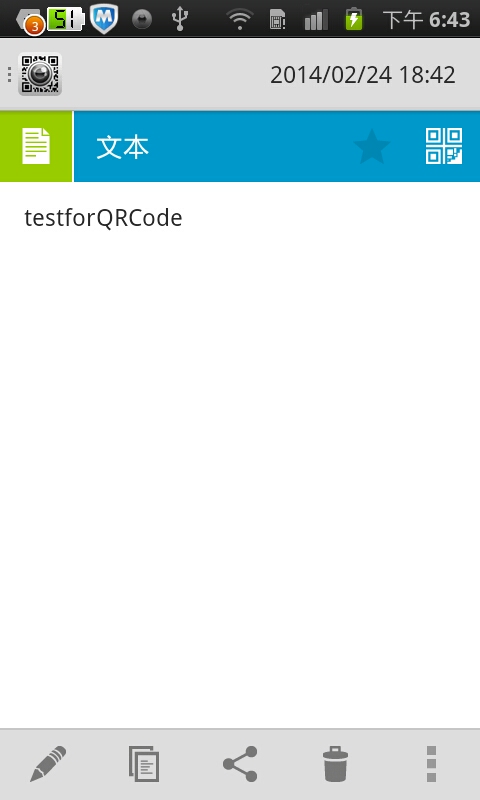