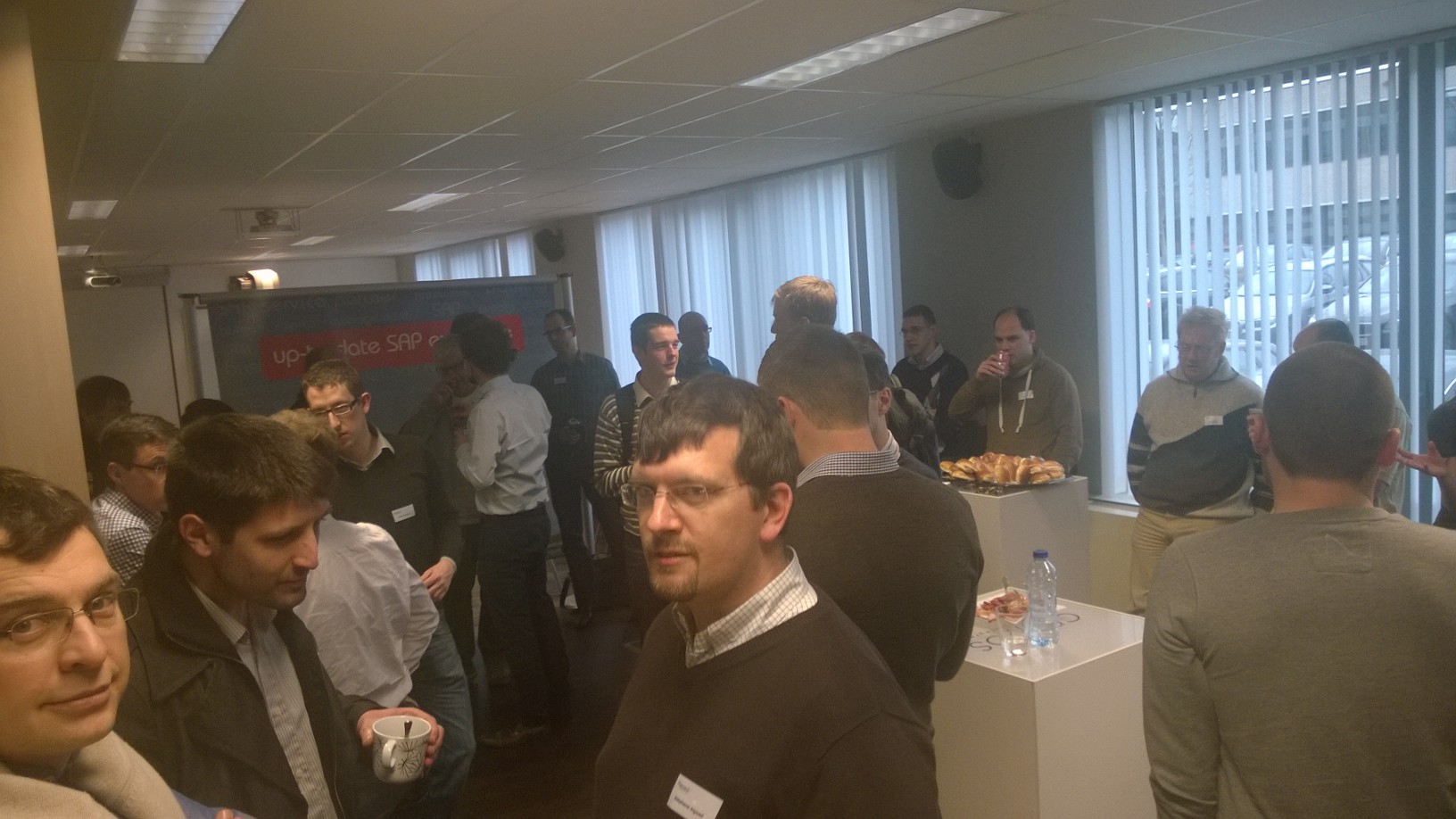 On February the 20th Flexso hosted their 2nd CodeJam in their offices in Kontich near Antwerpen. This time it was about showing the End-2-End process of developing Fiori like applications using SAP UI5 Development and the development of OData services using SAP NetWeaver Gateway.

The session started with a reception and the 25 participants were welcomend by our host David Pierre from Flexso. 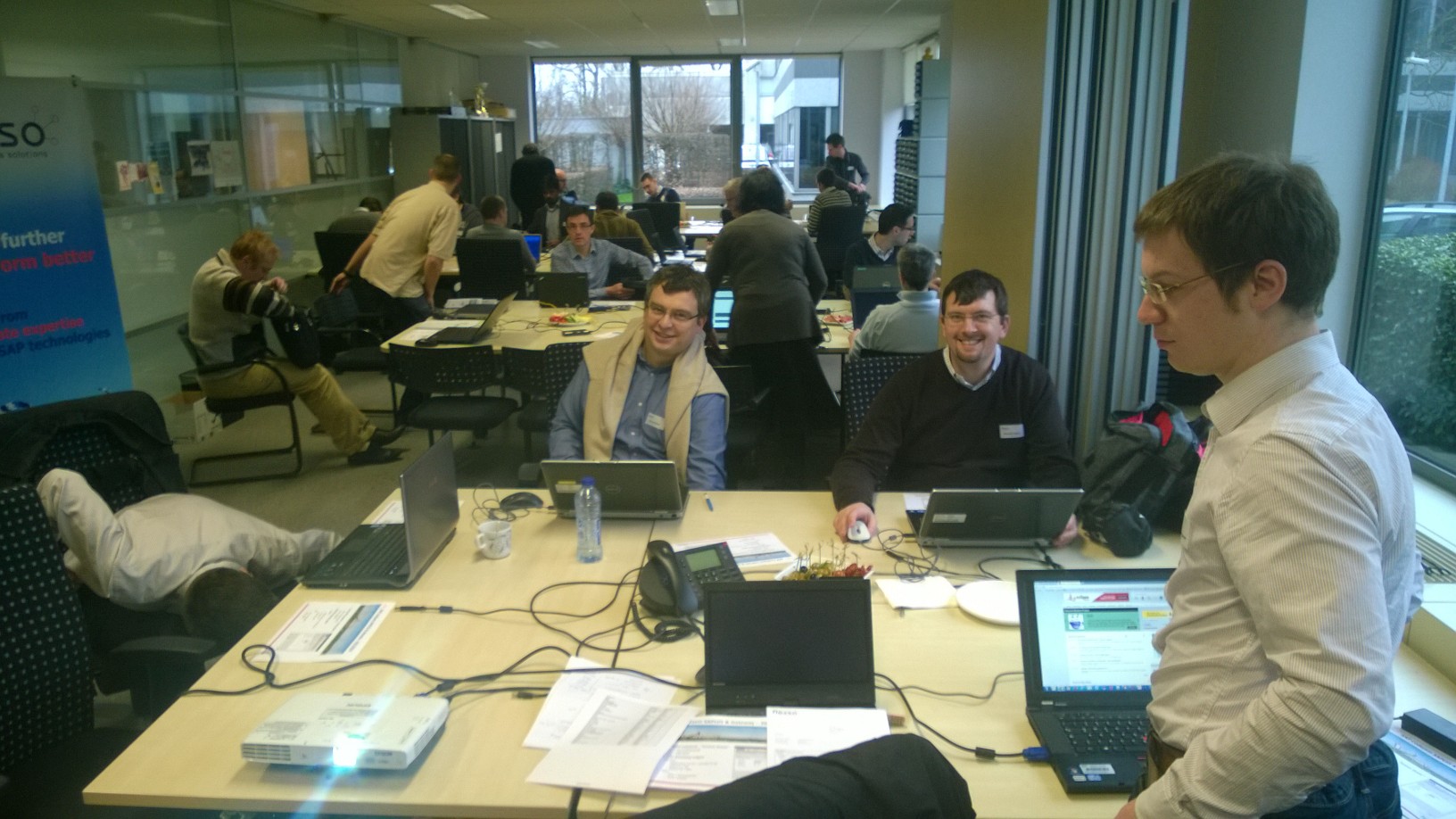 The session started with a comprehensive overview of SAPUI5 by my colleague Christoph Kraemer who also walked the participants through the development of a simple SAP UI5 application as described in his blog How To Guide: SAPUI5 & Netweaver Gateway CodeJam Antwerp.

After having seen how it’s possible to write cool UI’s with SAPUI5 technology it was my turn to show how to develop OData services with SAP NetWeaver Gateway that are needed by such Fiori like applications. 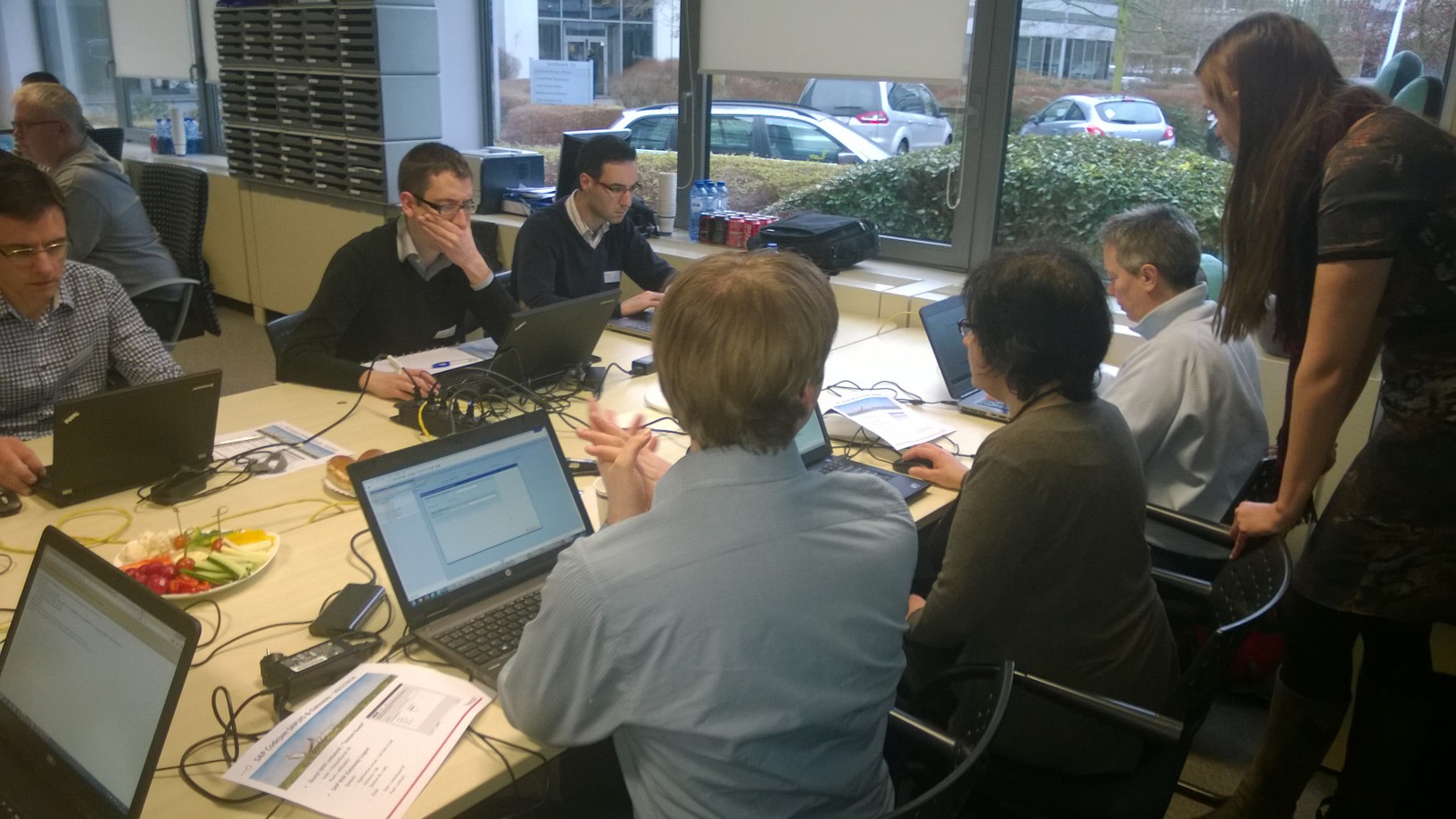 As usual in SAP CodeJam events it was now time for the participants to get their hands dirty.

Depending on their main interest the participants either started to develop a SAPUI5 application based on Christoph’s blog. Or they started to build an OData service using the How-To-Guide How to Develop a Gateway Service using Code based Implementation

A lot of participants also managed to do both and were able to build a SAPUI5 application on top of the service they have devloped.

During the hands-on part we were supported by Stephanie Lemoine and Wim Verschueren from Flexso who helped us with answering questions of the participants.

After having lots of brain food we were invited a second time to have some finger food which gave the participants time for discussions and questions.

It was again nice to see the high interest of our customers and partners in SAP NetWeaver Gateway and SAPUI5 and I am looking forward to our next SAP CodeJam event.