Do you work for a company that blocks your access to Facebook? If you do, you’re certainly not alone. Though the number of companies that ban social media Web sites is dropping, one 2013 survey reports that 52 percent of CIOs and IT directors still block Facebook.

In the U.S., that number is even higher, at 69 percent. From the point of view of employees, 19 percent of American workers aren’t able to access Facebook due to restrictions, according to another recent survey. 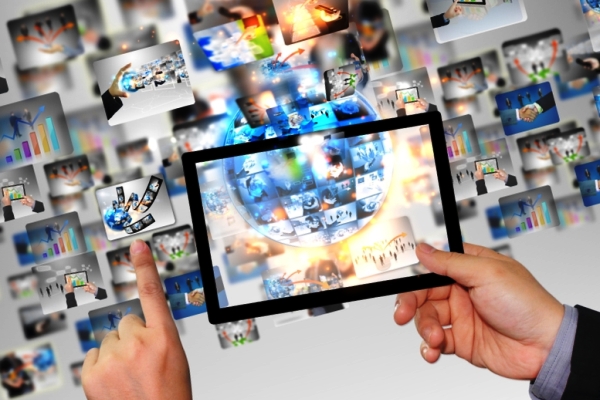 Whichever number you consider, company leaders who decide to block Facebook may be overly fixated on the risks of social technology: declining productivity, security concerns or even workplace bullying.

Clouded by their reactionary impulses, they may have lost sight of the possibility that social technology can be a positive force.

A cautious but substantiated answer is yes. In a 2012 report, McKinsey found that organizations that fully implement social technology can expect to raise the productivity of knowledge workers by up to 25 percent. A 2013 Aberdeen survey reported that users of social technology claim 51 percent greater on-time project delivery, 30 percent higher customer retention, and 71 percent higher operational efficiency.

The key is in implementing it the right way. In the words of the McKinsey report, organizations should use social technology “to enhance communications, knowledge sharing and collaboration within and across enterprises.”

In other words, your company doesn’t need an Anti-Facebook tool that blocks access to social media. It needs a tool that works like the opposite of Facebook – one that enhances productivity, rather than saps it.

But what’s the right way to do that – to implement social technology in a way that doesn’t devolve into a purposeless chat-fest, but actually increases the effectiveness of your staff?

The wrong way and the right way to do social

Ironically, many organizations that have tried it have failed miserably in their implementations. Gartner says that their research  into the social collaboration efforts of more than 1,000 organizations shows the “provide and pray” approach to social technology – where an organization installs social tools and then sits back and hopes for the best – has had a miserably low 10% success rate. Where there’s no participation, there’s no business value.

Implicit in their findings is the reality that if you provide a tool to your employees that doesn’t have a purpose in the context of their existing work, chances are that most won’t use it. If employees can’t figure out how to apply it to what they’re already doing, it’ll languish as shelfware.

High-tech guru Geoffrey Moore emphasizes the importance of context. In a paper where he discusses the future of enterprise IT, he writes that one of the mistakes organizations make is to assume that collaboration needs to be separate from its core processes. Instead, to capitalize on the wisdom of crowds and experts, he writes, “Social business systems need to be implemented within a context, and that context is the processes that drive the business.”

In short, successful organizations shouldn’t implement social technology as something extra that employees need to do – rather, it should fit into the work they’re already doing and make it easier to do.

Does the idea of embedding social tools within processes work in real life, though? There is certainly a case to be made that adding a social layer to traditional business processes won’t work in the long term. The argument, in rough terms, is that the way people naturally want to communicate fundamentally conflicts with a process-heavy business model.

That argument, however, just serves to highlight the adaptability of social tools – and their importance in unshackling workers from bureaucracy.

Yes, by adding a social layer, you may simply be creating a “socialized business process” at first – which indeed might provide only a modest improvement – but the presence of the social technology is what will allow the process to evolve beyond its original, inflexible self into a better way of working: one that capitalizes on our human nature to find the path of least resistance to get things done, and one that’s agile enough to deal with exceptions.

Here’s an example: Imagine that you’re a sales person. Each time you try to close a deal, you repeat a process that’s similar but also variable in the details. You might need to discuss the sales strategy with your colleagues, talk to your product team about features, work on a presentation with your extended team, include the legal department in the contract review, and so on.

Each of those interactions, in turn, will have its own process – either formal or informal – and the right social technology will help you do what’s required more effectively.

You’ll be able to bring the right people and experts from outside your team into the conversation directly – whether they’re on your team, in another department, or even outside the company – without resorting to side conversations via email, which can be difficult to share and capture.

You’ll be able to see the status of the deal – with data pulled directly from your customer relationship management system – and make it visible to people who otherwise may not have access to the CRM, like experts in finance, legal, or product management.

You’ll be able to share customer documents, work on drafts of the presentation, and discuss your sales strategy in a single forum – where you can save a record of decisions and outcomes, and where colleagues who missed earlier conversations can catch up later.

At the end of the day, the deal your sales team is working on has a higher chance of getting done quickly, for a higher value, and with a better fit to your customer’s needs – resulting in a happier customer and a healthier revenue stream for your organization.

And all the while, thanks to the adaptability of the social technology, the original sales process will continue to evolve into one that minimizes red tape and connects the people that matter directly to each other.

Are you willing to let your competitors be more productive?

The right social technology won’t just help you if you’re ona sales team – it’ll help you in marketing, customer service, human resources, or whatever line of business you’re in. Applied correctly, social tools can bring together all the things your employees need – expertise, content, best practices, problem solving, data, applications, and templates – to get their work done faster and more effectively.

And that’s why – if you’re not already seeking the right social technology – your competitors will be, and they’ll be the first to capitalize on it, improve productivity, and outpace you in their growth.

100% agree that successful organizations shouldn’t implement social technology as something extra that employees need to do and it should fit into the work they’re already doing. Employee cannot concentrate and spend the time towards work. Already we have many pending work to complete and if you do some unwanted social technology and wasting time will be great loss for us and organization. If it is like SCN community, it is always valuable to us and every one.

Hi Hari - thanks for your comments. I like the SCN analogy - an effectively implemented social network should be useful and provide value, like SCN. Regards, Mika

Really a very true blog which is very much connected to our daily lives.Agree your point of view.

SAP has implemented an awesome internal collaboration tool called SAP JAM on its success factors platform and it rocks. The once poorly used knowledge management process that had people contributing only towards year end PRM ratings is gone. People actively look forward to put forth ideas, documents, presentations and what not. Additionally it allows people to create closed groups too thereby providing confidentiality to the shared documents. The CEO actively calls in for suggestions on organizational restructuring too and people joyfully provide feedback. What apart, with the cloud strategy on its toes, this jam is now available over the cloud and me who once logged into facebook after waking up, now go to the jam to see if any additional documents that enable my work is available. I guess SCN will surely take this route In the future!