Financial markets and breakfast are not always related. But over the past few months, investors who bet on items that go into making a good breakfast have made hay. Breakfast-related commodities have risen in value around the world, for various reasons. 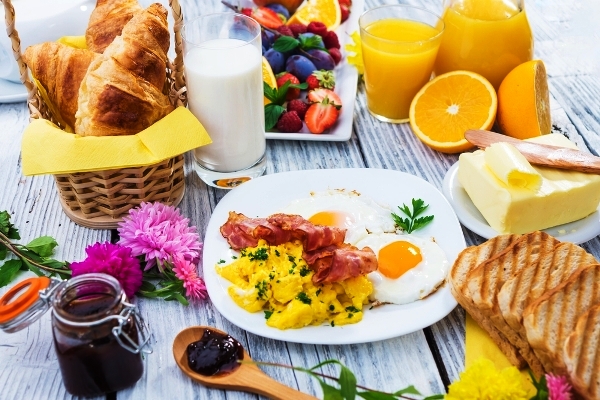 Coffee prices have soared more than 35 percent, thanks to a shortage in supply in drought-hit Brazil, the world’s largest producer. Speculators have jumped onboard and prices might yet go higher.

If you prefer oats, you are facing a 18 percent jump in prices, thanks to logistical issues in Canada that is preventing a record harvest from reaching markets and buyers like General Mills. Millions of tons of grains are sitting in storage in Western Canada, as rail cars to transport the grain are in short supply. A harsh winter has also contributed to the problem by making transport difficult.

Bacon prices are up too, as measured by the price of lean hogs, a key indicator. The reason is that piglets have been hit by the PEDv virus, which has killed just about every young piglet that’s still nursing in farms in 22 states. It doesn’t affect humans, but the number of pigs being lost per week is likely to push pork prices to a new record.

Corn flakes are hit by higher corn prices, which rose to the highest level since September. If you prefer hot cocoa to coffee, you still face the spectre of higher price as too much rain in Indonesia, a major producer, has hampered cocoa production.

The good part is some prices have stayed stable. For example, eggs have been roughly flat since last year. The other good news is that some of the shortages are temporary – such as oats – and prices will subside once the weather improves and transportation schedules return to normal. That also means that you shouldn’t bet your savings on just one of the above commodities. Oats are a thinly traded commodity that could easily tumble in price. Bacon and coffee might be safer bets because their prices are likely to stay high for the next few months.

So does the rise in prices of breakfast items mean a broader inflationary push? Might be. Other indicators, such as the price of gold, have risen too, which might lead to overall price rise. Gold has traditionally been a hedge against inflation. Treasury Inflation-Protected Securities, or TIPS, are outperforming traditional Treasuries. Pimco, an advisory firm, forecasts inflation to hover around the 2 percent mark in 2014.

Over the past few years, inflation has been consistently below the Fed’s target of 2 percent. So a higher inflation would actually help the economy, as long as it does not get out of hand. Also, good breakfast sales often means a better economy, as the CEO of McDonald’s put it in 2013. Feel free to cheer.