Development teams have been working in the AppHaus in Dublin, Ireland for over two years now. Here we take a look at how the AppHaus concept began and how it’s evolved to suit the teams’ needs.

Where did it all begin?

The AppHaus was inspired by the concept of design thinking and Hasso Plattner’s Institute of Design at Stanford University. The idea is to foster creativity and promote a culture of innovation for development. After locations were set up in Los Altos, Shanghai, and Bangalore, the first permanent AppHaus at SAP was opened in Dublin, Ireland in 2012 to support the needs of its growing development teams. It now acts as a reference for other AppHaus locations worldwide.

How has the space evolved?

Whiteboards are used as scrum boards and as a place to discuss design and architecture concepts, informal meetings are hosted in collaboration spaces, and customers are welcomed for special events.

The ever-changing nature of software development means that teams need to reorganize themselves regularly to collaborate on projects. With the AppHaus, this is as simple as wheeling your desk alongside the people you need to collaborate with and connecting to the strategically located network ports. The whiteboards slide back and forth to act as partitions between desks and teams where necessary. The AppHaus space even supports conference-style events, such as the Dublin DKOM. By simply moving desks and pushing back the whiteboards, a conference space can be created in a matter of minutes.

Over the last year, the Dublin AppHaus has welcomed more than 100 customers, hosted the second UK & Ireland Startup Focus Forum, been joined by the Ariba colleagues, and contributed to strategic projects such as SAP Fiori. Collaboration with universities has remained strong with the Dublin AppHaus continuing to support Stanford University’s ME310 Program with Trinity College Dublin.

“The AppHaus has evolved since its opening as we have adapted it to our projects and teams’ needs. In Design & Frontline Apps, we focused initially on Sports & Consumer apps and moved more recently to SAP Fiori. We also have our Special Projects team focused on co-innovation with a key strategic client.

Across the Lab, there is a great diversity of projects and people. If you combine this with our engagement with customers, partners, & universities in the ecosystem, we have all the necessary factors to feed our innovation cycles to create value for our customers”.

“We now have nearly 40 people working on the Business Intelligence Connection Server (BICS) and SAP BusinessObjects Design Studio, and the team are about to deliver our third release. Design Studio has over 3000 customers, and through the AppHaus we are enabling great new analytic applications for them. We are also looking to develop relationships with many of these customers in 2014, so we can engage them in our design process and customer validation.” 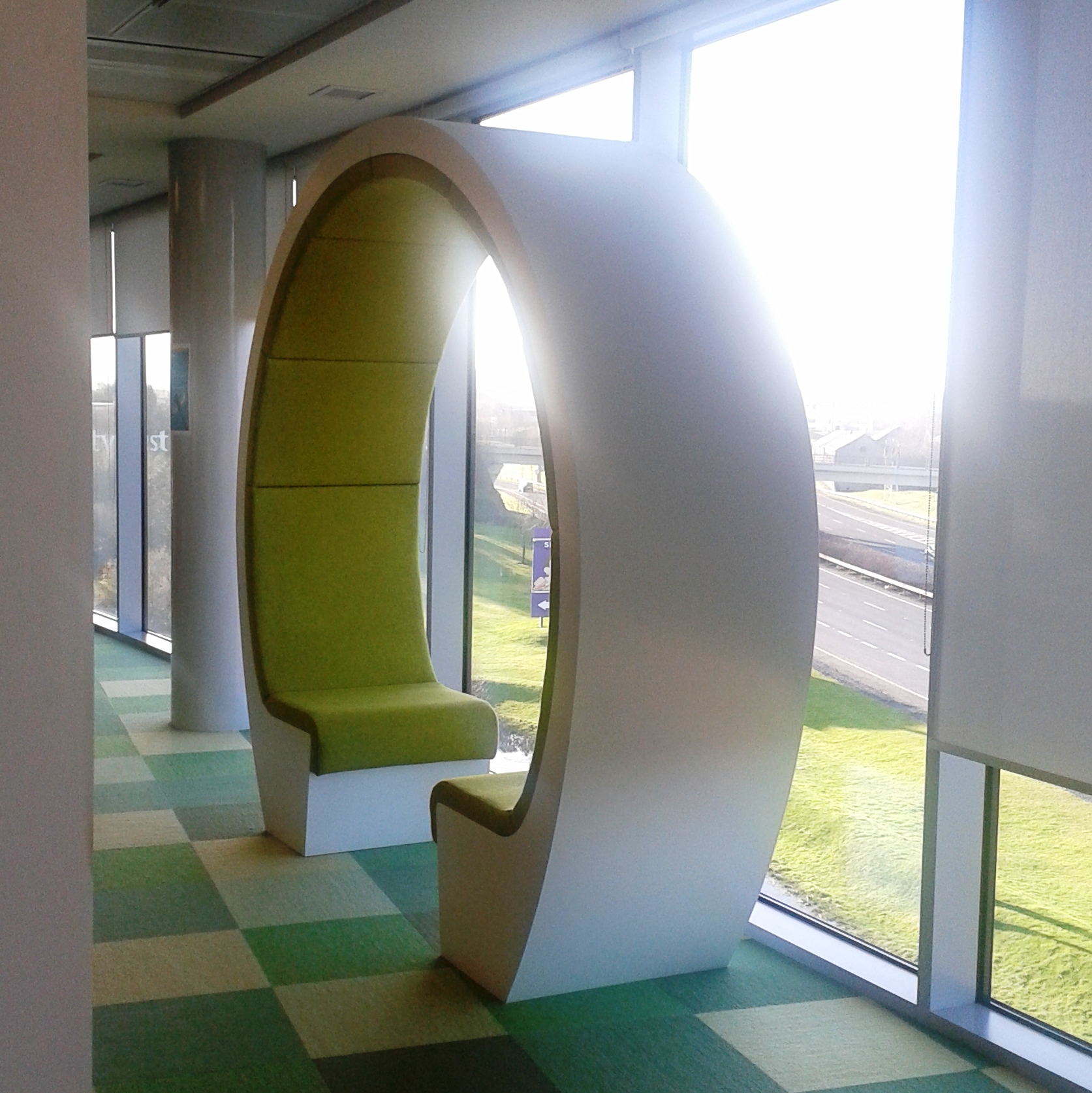 The AppHaus concept has also helped to put SAP on the radar of graduates and new talents as a flexible and relaxed environment to work in. 9 interns from universities around Ireland recently joined the Dublin AppHaus to work on key development projects. The intern programme has gone from strength to strength since its launch in 2012 with 2 interns, who are both now in full-time roles with SAP. 14 interns joined the teams in 2013 and throughout 2014, we will host 17 interns in total.

The AppHaus space is not only of benefit to employees, but can also be used for collaboration with customers, universities and start-ups. The successful hosting of the Startup Focus Forum here in 2013 led to the Dublin AppHaus being selected as the EMEA hub for the Startup Focus Program, with 3 new headcount being created.

Not just for developers

Inspired by the Dublin AppHaus, SAP Ireland has extended its focus on design thinking outside the development organization, moving more of its employees into AppHaus-style office space in Dublin. Aspects of the AppHaus design have also been implemented inthe Galway, Ireland office to help promote a design thinking-friendly environment. Some of the key concepts of the AppHaus: creative team spaces, speed, flexibility, and focus on customers can be beneficial to all teams and the benefits of the AppHaus design are clearly evident in SAP Ireland so far.