•Produces a series of dates with a specified increment

•In the Date _generation editor the following details are to be provided.

•Each row in the output will contain 1 parent-child relationship.

•If we had additional columns in the source table , that are associated with the Parent column, we could have added them to the Parent attribute List.

•Similarly , if we had additional columns in the source table , that are associated with the Child column, we could have added them to the Child attribute List

•consider the following reporting structure in an organization:

•Qualifies a data set based on rules for input schema columns. Allows one validation rule per column.

•Filters out or replaces data that fails the criteria

•Outputs two schemas: Pass and Fail. The Pass output schema is identical to the input schema. It also adds two columns to the Fail output schema:

•The DI_ERRORACTION column indicates where Failed data was sent:

•B for “sent to both Pass and Fail outputs”

•F for “sent only to the Fail output”

•The DI_ERRORCOLUMNS column displays all error messages for columns with failed rules. 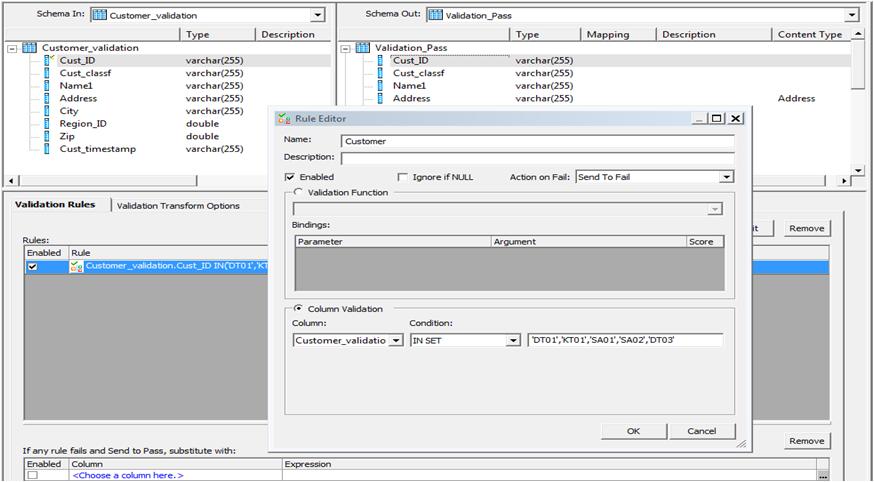 I have read your first part and missed out remaining parts..Am going through remaining documents now..Your information really helped me..Thanks for the work..