eCommerce: building a bridge from both ends

Since the dawn of time, we’ve been building bridges. Their construction and geometry varies widely in terms of span, material, form and placement. But whether as rudimentary as a fallen log across a stream, or a complex feat of engineering like a suspension bridge, they all share a similar purpose: to carry something or someone across a space or obstacle. 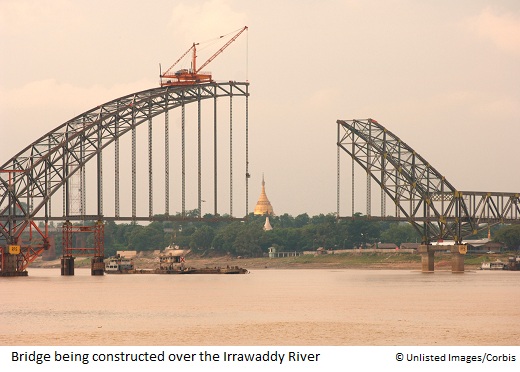 Now, you won’t find me viaduct-spotting or waxing lyrical about trusses, but I saw a photo recently of the construction of the Sydney Harbour Bridge that got me thinking. Work began on the landmark structure in 1925 at Dawes Point in the south and McMahon’s Point to the north, and the construction work moved steadily inwards until it finally met in the middle five years later.

I saw some striking similarities in the way that a commerce network is created. It’s effectively a bridge that spans the gap between trading partners, providing safe and compliant passage for transactions. But crucially, it needs to support a viable business model at both ends, providing value to vendors and buyers in order to maintain its structural integrity. Favouring sellers over buyers, or vice versa, would result in something wonky and unstable.

Take eBay, for example. As the world’s largest online marketplace “where practically anyone can buy and sell practically anything,” it connects a diverse community of individuals and small businesses, which collectively have an enormous impact on ecommerce. eBay has been one of the notable success stories of the dot-com bubble because it supports the quantity and quality of buyers and sellers to mutual benefits.

Additionally, a bridge’s (or network’s) infrastructure needs to be sized correctly, with capacity planning taking into account future demand. The original Severn Bridge, linking England with Wales, opened in 1966, at which time it was hailed as the dawn of a new economic era for South Wales. However, by 1984, traffic across the Severn Bridge had tripled and a whole new bridge had to be built just 5 miles upstream to carry the extra traffic. Not so the Oakland Bay Bridge in San Francisco – constructed in the 1930s, it was built to last 90 years and today carries around 240,000 vehicles a day on its twin decks.

Lastly, a bridge or network needs to take into account external factors. The Tay Bridge in Scotland failed spectacularly during a gale (killing all 60 passengers on board the train it was carrying), because its flawed design didn’t make sufficient allowance for wind-loading. In the context of ecommerce, these external factors might be changing market conditions or compliance requirements, but the network needs to be based on sound design and resilient infrastructure to weather any storm.

So to “mind the gap,” a bridge or network needs to be:

Which network are you going to join?

I would like a bridge that, after I have paid the toll to cross it, the bridge company doesn't say "hard luck, your not crossing this bridge, go and swim across the river yourself".

I suppose that is too much to ask.

This one is huge count. Oh my god !

Bridge in San Francisco – constructed in the 1930s, it was built to last 90 years and today carries around 240,000 vehicles a day on its twin decks.

Yes, amazing that it was built in the Great Depression with California population only 5m (vs 35m now) and much lower car ownership. Real vision shown in those days.

Oh okay. When I visit next time Unites States, definitely I will visit San Francisco Bridge. Thanks 🙂