To celebrate Valentine’s Day, we wanted to share with you a few great Valentine’s stories that were sent to us by SAP employees!

This Valentine’s Story comes from Aaloka Anant, Presales Program Manager from our offices in Dublin, Ireland. 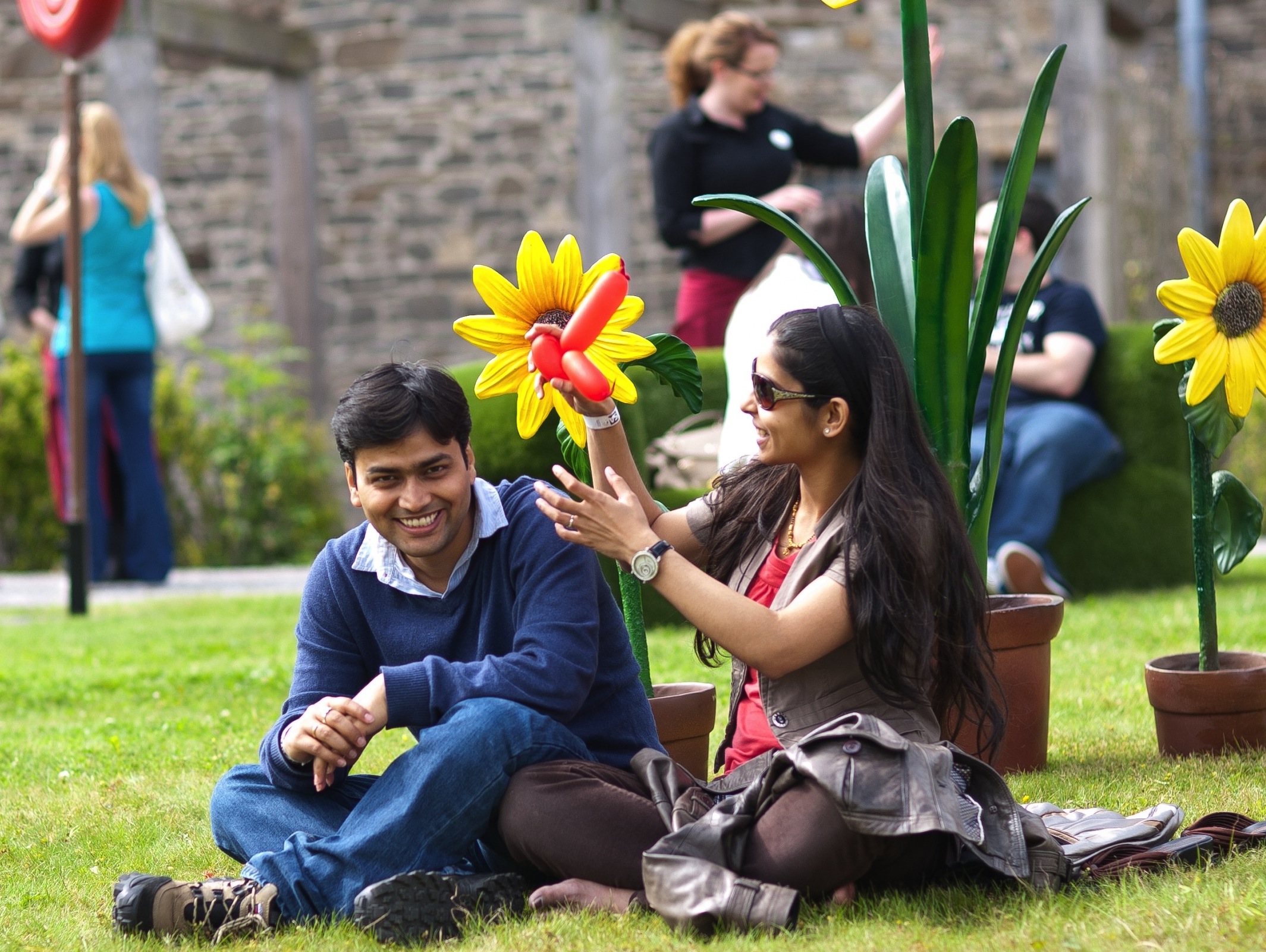 “‘Hello, is this the meeting for the cross LOB project?’ were the first words I remember from her. I could not remember instantly that she was the same girl I had a crush on last year when her group won the Code Olympics challenge, but I would get enough time to figure that out.

It was the winter of 2008 when we were working on a project, despite being from different teams and different lines of business. Though work brought us closer, we rejected our personal feelings. It was a good work ethic and professional attitude which made us appreciate each other. She went on work-related travel to Germany and we hit a snag. Our project was not moving well and everything around seemed to be falling apart. Thanks to PGiConnect/SAPconnect which could be used constructively to talk and get things moving, even back in 2008. By the end of the year, our project got great applause by SAP management and was in the Top-2 selected for a board presentation.

Finally, the project was over, but the crush remained within. Time passed by; we would catch up for a coffee occasionally, hiding our personal feelings. In traditional Indian families, it’s discouraged to flirt and have short term relations. We matched each other on these values and a lot more. When she moved away from India for a permanent position in Ireland, that was the time when she and I both realized that there is something more than work to keep us together. It all started on a purely personal level with a “Happy New Year” wish at 2am on January 1st, 2010. From there, we kept going on over phone calls and web chat.

Despite initial opposition from our families, which were from Eastern India(myself) and Western India(her), we were able to convince them and have their consent for a bigger social acceptance of our marriage(which, again, is very important in Indian society). Getting  married in November 2010 was not the only challenge for us to be together as I was in India and out of SAP, while she was at SAP in Ireland. But, the task ahead was far smaller than the power of Love behind us so we could unite at the same location. Valentine’s week of 2011 will be a treat always, as I surprised her by flying in from India over the weekend. We flew almost every month at our cost(not company) to meet each other in 2011, until I was able to move to Ireland.  The choice of having no job in a recessionary job market seemed better than us being apart. Thanks to SAP and my SAP skills which got me a job offer from SAP Ireland in 2011. This allowed us to stay together as a family after marriage, at the same location.

The troubles of the initial days paid off, since we are now at the same SAP office, just different floors.

It was an interesting journey, from us meeting at workplace to making our lives better over the last 5 years. Every day is a new beginning with both of us getting ready to go into office and work at SAP – her first love and my pride.”

Thank you so much to Aaloka for this great story of love at SAP!

You can read the previous Love at SAP stories sent to us from Megan Smith and Jason Barardo!

Want to find a career you can really be passionate about?