It’s only fitting that Netflix chose Valentine’s Day to release season two of House of Cards. There’s no better way to show customers how much you love them than by feeding them more of what they want. Last year Netflix shook the network television broadcasting business model to its core with the wildly successful debut of House of Cards. Netflix not only created and distributed content on its own channel but (gasp!) released all 13 episodes of the series at the same time. Binge-watching, bleary-eyed fans were elated. 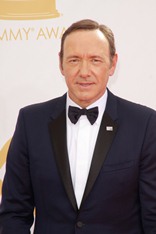 These and other online innovators continue to reshape the media landscape as they increasingly use algorithms to know exactly who their audiences are so they can create content likelier to capture their attention:

Meantime, the producers of House of Cards have signed on for a third season. The first was nominated for nine Emmy Awards and won three; the first TV series to win a primetime Emmy Award without ever airing on network and cable channels. From there, it’s only gotten better. Orange is the New Black was the darling of social media last fall, becoming Netflix’s most-watched original series to date. No doubt both series helped boost Netflix subscribers to over 33 million worldwide for a net income of $48 million in 2013, beating financial analysts’ expectations.

Viewers have never had more choices in channels, networks, and devices. Yes, you can watch House of Cards and Wrestlemania on your television set in the living room. But you can just as easily tune in on your table, smartphone, and laptop. For that matter, ditch cable and sign onto Apple TV.

When the next history of television is published 20 years from now, the writers will look back at this time as a watershed moment in media content delivery. To paraphrase a time-honored television advertising catch-phrase, but wait there’s surely more to come…

The Democratization of Expertise: Is House of Cards a More Resilient Business Model?

I prefer Netflix over any other streaming service as they have the best quality content, movies, and TV shows.