Several theme’s emerged from the day I spent talking to SAP partners, executives and analysts at the company’s sales Field Kick-Off Meeting (FKOM) in Las Vegas two weeks ago week. 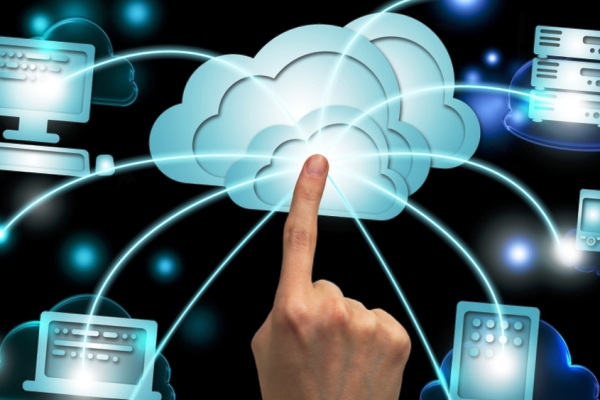 SAP has made clear it is a “cloud first” company, with revenue primarily from acquisitions of Success Factors for HR and Ariba for Procurement. SAP’s co-CEO Bill McDermott suggests that more M&A is in the works.

SAP’s growth in cloud has been almost entirely from acquisition, which means that either SAP has to sell much more to show continued growth, or continue to acquire its way to growth. SAP will probably use the M&A policy to acquire growth as a short-term solution whilst, but cloud is already the focus for SAP’s sales force — and good cloud people have generally been promoted to leadership roles.

Power is shifting away from the CIO to Chief Data Officers and Chief Marketing Officers, and this means that SAP has to become much more relevant to the Line of Business leads and the front office. This was a big theme at FKOM, with sessions less about “what to sell” and “product sales enablement,” and much more about “selling.”

This requires a consultative, customer-focused sales approach that is highly effective — and customers love it. But the inevitable effect will be attrition among the traditional sales force.

This will be a big theme in CES 2015, where I expect SAP to take a stand for the first time.  SAP must go to the consumer by acquiring companies like Concur or Expensify, which is the key to making SAP relevant for the people.

SAP could build an Ariba-style link to their ERP software, or enter plain consumer apps using its River technology. It should also build consumer apps in a freemium style model, solving small pain points and becoming relevant in the Internet of Things — possibly even wooing startups to build on the HANA platform in a SaaS model.

SAP HANA will move from Early Adopter into Early Majority this year, and it will cause an explosion for several reasons. First, customers with HANA projects in 2012 and 2013 are now doing more projects and are consuming their shelf-ware, meaning they will go back for more. Second, Intel’s Ivy Bridge and DDR-4 memory will mean that the hardware price-point tumbles, especially for Business Suite customers.

Third, the amount of apps available to purchase is increasing, and the early apps like BW now have more investment, making the business case much more compelling. Fourth, SAP has stated that it will deliver cloud-based licensing for HANA — one amount per month. This license will totally change the TCO of the HANA Enterprise Cloud, and it will be available via various outsource partners.

Most of the really interesting companies that would be acquisition targets for SAP are either not easily bought (Salesforce, Workday) or too expensive (Tableau, Qlikview, Concur). But there are some very interesting industry-specific targets (Panopticon was one, but DataWatch bought it). These have smaller revenues but they bring the relevance back to SAP in the industries — analytics, predictives and automation. SAP will need to snatch up a quantity of smaller cloud companies, but it will be well worth it.

Executing well on this strategy means SAP will be able to break into the front office of industries where it is not currently relevant, such as financial services and healthcare. There is huge revenue growth potential here because several of these industries are ripe for disruption.

“It’s not mobile, it just … is,” someone said to me this week. All apps need to be consumable on all devices — and that just gets you to the table. For the SAP Mobile Platform, this hopefully means that SAP will focus just on selling apps, and giving away the runtime license for the platform.

I suspect this year we will hear the announcement of R/4 — or whatever SAP calls the successor to the Business Suite. I predict it will be an SAP River, SAP HANA-based application built from the ground up, and it will be 20x smaller and 20x simpler than R/3. That means building apps 20x more quickly — and immediately integrating all operations. This will deliver on SAP Chairman Hasso Plattner’s vision to transform the ERP industry. And this could be the framework for the renewal of SAP’s core business.

We will also see a focus on new analytics markets and integration with KXEN. When I met with product development lead Michael Reh last week, I saw an SAP that was keen to innovate in new directions where other companies aren’t treading (sorry, I can’t give any spoilers!), rather than to try to compete where competitors are strongest.

A few weeks ago, I thought that 2014 was going to be a do-or-die year for SAP, where they pushed the whole pricing model to cloud in the first quarter and shook up their entire DNA. That’s clearly not the case.

Whilst SAP’s shift to the cloud is explicit, it is not as disruptive to their business model as I first thought it would be. So let’s see what comes this year!

On "mobile is dead", see also "mobile -> responsive" in this post:

Thank you John for sharing your thoughts.

John, nice summary article.  As an Ariba employee who went through the shift to the cloud I am excited about SAP's journey and commitment to the cloud.  Should be an exciting next few years!

Hi John- First of all thanks for producing such an informative blog and sharing it with the SAP community. I have question with respect to "Software announcement" section of your blog. You are suspecting that SAP is going to come up with successor for Business suite that they sell today. You also mentioned that it will be completely build on HANA related tools. SAP has recently optimized the SAP Business suite for HANA and they have been marketing this as one of their key product to go for..This has been a huge success for SAP as most of the customers switched over to new SAP Business suite powered by HANA and the number still keeps adding.

If i understood your message in the "Software announcement" section incorrectly then please clarify what u meant by Business suite build from the ground using HANA...

We're thinking in the same direction.currntly: business suite on HANA is just the plain old ERP, which they migrated to a faster database, optimized a little, and added some extensions to it which use some of the HANA potential.

but that's still the old mentality. Keep what you have and make it better.

In the mentality of "HANA as a platform" and "Fiori as a paradigm", I hope they start from scratch. Build an entirely new suite of functionality on HANA(xs) with a "Fiori - paradigmed" front-end and move it into the cloud. No more AS ABAP, no more ERP - CRM -... No more SAP-Gui,...

In my mind, this would not so much be the successor to R/3, because it's an entirely new product and not backward-compatible. (although data-migration tools shouldn't be too much to ask)

And there's the catch.

Probably, I'm thinking/hoping too extreme, because the non-backward compatibility would be a serious issue for many current customers.

In my opinion, it's an opportunity to rethink your processes and architecture and get rid of the rubbish.

I'm curious how ballsy SAP is gong to be.

Nice dream, but it is simply not realistic to rewrite a whole ERP system. SAP tried it with the AS ABAP only (NGAP) and failed already.

(if you have myriads of $$$ it may be possible)

Hi Uwe - You have clearly summarized what i have elaborated. It is not realistic to rewrite the Whole Business Suite in HANA XS and it does not make any sense unless SAP wants to waste $$$.

They have yet to increase the field size of the line item in BSEG, and we're talking about writing a new ERP from scratch? 🙂

From what I can see... SAP has taken both routes.

For SME they are going for a cut down rebuilt suite built on HANA/River/XS.

For LE they are going to renew the suite from within, starting with HANA GL. This allows for piecemeal adoption.

Hi John - Do you have any official confirmation from SAP on what you have said or is it just your prediction?

From what I can see. There has been no official product strategy yet. I'm sure SAPPHIRE will bring more directions.

Cloud strategy is clear. But what would happen to the non-cloud applications like SRM. There are customers who need to upgrade their existing SRM system or customers who want on-premise P2P solutions. They are now confused on the future of applications like SRM. I am hearing from few customers saying, "if there is no clear roadmap for future SRM versions, does that mean SAP would kill SRM and bring all the new P2P innovations in Ariba".

Great post! I am looking forward to seeing SAP more in mobile applications. Maybe in the future, SAP consultants/programmer, can do their work on a pad (iPad, Note, etc.)