Did you know that it is possible to analyze the SELECT statements of an SQL trace with the Code Inspector check tool? You’ll find that ‘not all too well documented’ function of transaction ST05 when displaying the SQL-Trace in the menu under Goto –> Trace Analysis Using Code Inspector.

This collaboration between ST05 and Code Inspector has some remarkable benefits:

To illustrate the last point I have created an example report that contains three SQL statements, two of which have dynamic parts, namely one with a dynamic
table name and one with a dynamic WHERE-clause. First I check this report with the static ABAP code check choosing Program –> Check –> Code Inspector: 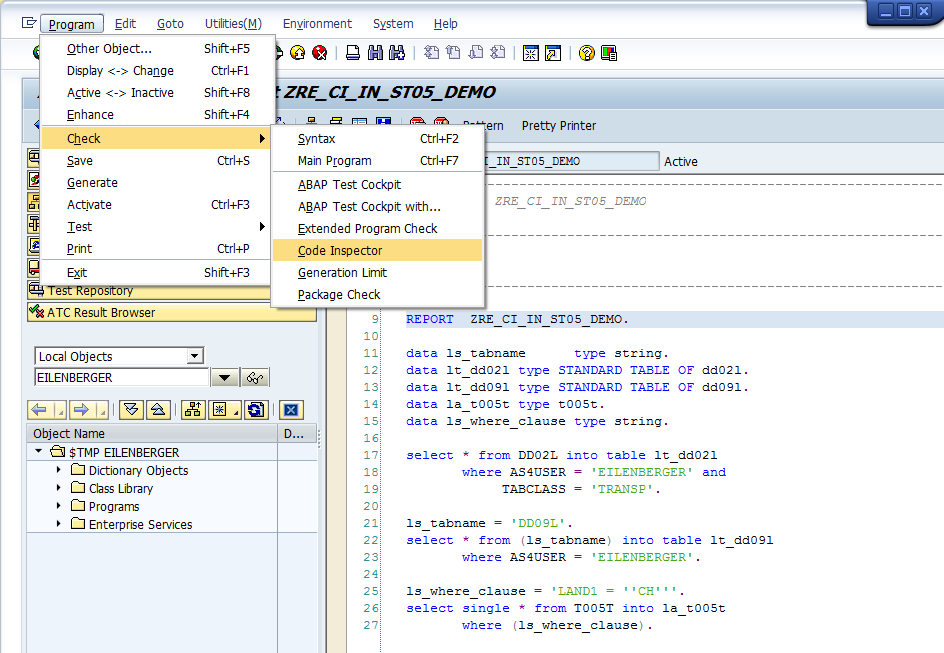 The check returns only one result message that tells me that “no field of a table index” could be used in the report’s first (and static) SQL statement, an access to table DD02L.

Now I execute the report, and trace the execution with the performance trace ST05. From the display of the trace I choose Goto –> Trace Analysis Using Code Inspector and now get the following result set: 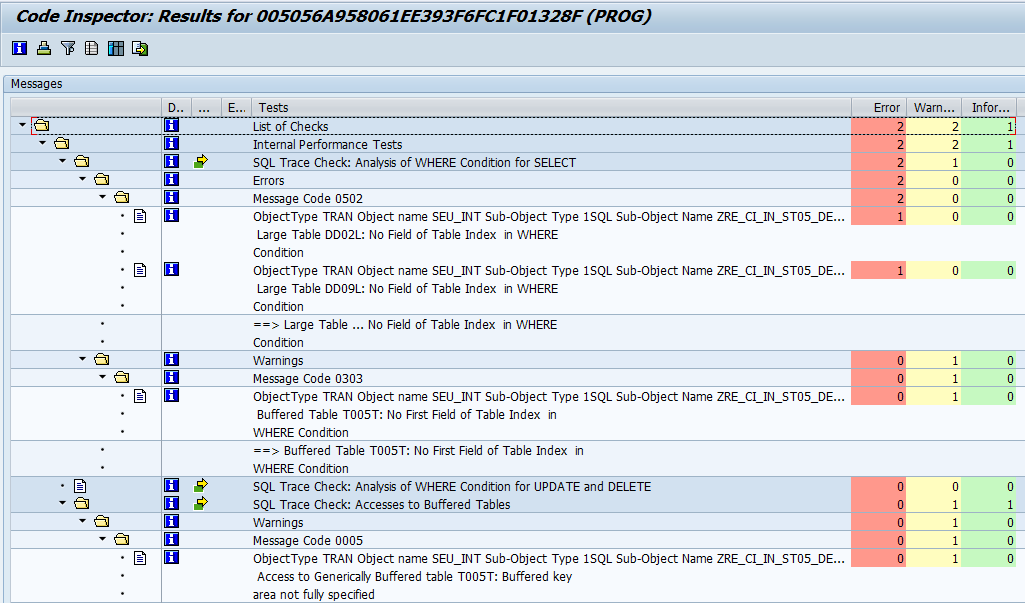 There are now raised five messages (where one is not relevant at the moment, it’s with respect to some technical statement during the report execution).  There are also displayed messages for the dynamic statements, for one of them even two messages: the access to the buffered table T005T, which is executed with a dynamic WHERE-clause, is not only bypassing the generic table buffer (“buffered key area not fully specified”). The statement also receives the message that there is “no first field of a table index in the WHERE-clause”.

So my recommendation is to use this Code Inspector integration into ST05. It’s easy to use and can quickly give you valuable information on the SQL statements in your trace.

When working with the ST05 – Code Inspector integration, you should be aware of the following peculiarities: