This weekend kicks off the 63rd annual NBA All-Star game in New Orleans where the “Heroes of the Hardwood” compete in an exhibition with the ultimate goal of scoring street cred from the fans. The excitement starts on Thursday and rolls thru Sunday with major storylines including: 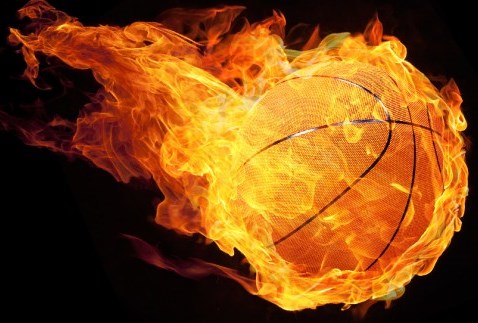 While there’s plenty of excitement to surpass last year’s average of 8 million viewers, the fun has only just begun. The NBA All-Star Jam Session allows fans to create their own unique All-Star experience while mingling with players and celebrities. One of the events called the Fan Combine replicates the NBA Player Combine, providing the perfect opportunity for fans to get in the game and transform those old childhood dreams into reality. Participants compete in four categories:

Stats are instantly analyzed and compared to your favorite professional players, undoubtedly answering the lifelong question; do you have what it takes? But if the inevitable holds true and you’re not quite ready to quit the day job, don’t sweat it; your computer has you covered. Last year, SAP and the NBA launched NBA.com/Stats powered by SAP HANA, allowing fans to access the league’s entire official statistics history – more than 4.5 quadrillion combinations of stats! Focusing on the fans, the NBA became the first major U.S. professional sports league to include video box scores. Along with this innovation, fans also have access to shooting charts, play-by-play sections and other video integrated analytics capabilities. Much more than a typical box score sheet, this interface empowers the fans to drill down and analyze advanced stats like, who is the best three-point shooter when down five points or which two or three man rotation is the best? Other examples include:

As teams, coaches, and general managers continue to prioritize technology within their bag of tricks for strategy, look for the NBA to continuously ensure that the fans are up to speed with other trending tools like Combine Measurement Analysis to better understand which combine measurements specifically equate to on-court effectiveness for specific statistics. Or NBA Draft Performance Evaluation to highlight the top drafting teams in the NBA by utilizing SAP Lumira charts. In fact, because technological evolution is such a vital topic for the NBA, the league will be hosting its 15th annual NBA All-Star Technology Summit on Friday. The invite-only event is geared toward engaging in a series of conversations about the future of sports, media and technology focused on innovation to continually improve the NBA fan experience. Insights will include the following superstars in their respective fields:

So even if you’re not going to be quite as busy as Blazers guard, Damian Lillard who will become the first player in history to compete in five events (Slam Dunk Contest, Three-point Contest, Skills Challenge, Rising Stars Challenge, and the All-Star game), the NBA.com/Stats site will keep you in the action all season long, and the Technology Summit is yet another proof point to show the fans that the NBA will continue to develop the ultimate experience moving forward.