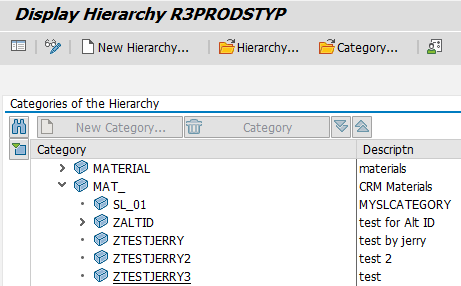 However, it does not appear in “Not assigned” group range when I try to specify its number range logic via tcode COMCMATERIALID: 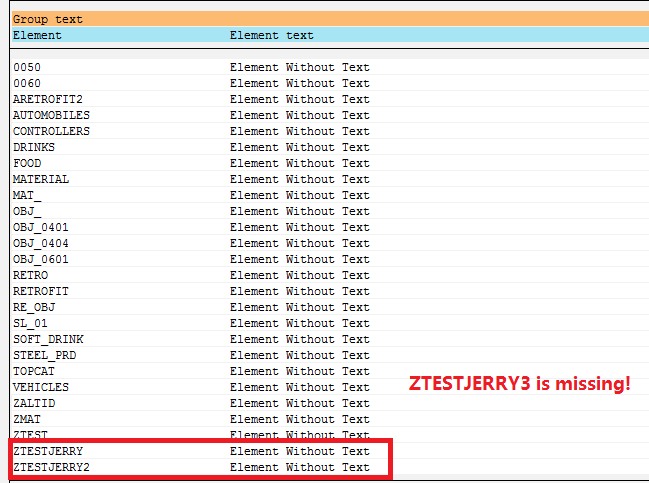 I also check the database table and the new category ZTESTJERR3 is missing there too.

The trick here is, to make the new product category appear as you expect, you SHOULD not use tcode COMCMATERIALID directly, instead you

have to enter that transaction via SPRO below: 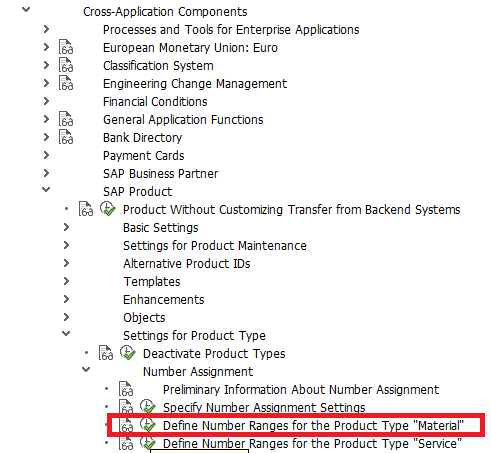 Only by doing this, the number range elements can have an opportunity to be refreshed, see callstack below.

Even going through SNRO doesn't help

I am not quite sure about your problem, do you still meet with the same issue?

Hi Thank you very much,

It solved  my issue..

First of all: thanks for writing this very useful document, because I faced this issue (again) recently... and as this is not something you do everyday, you tend to forget this kind of behavior.

However, in my humble opinion, this is also a very good example of what we call "SAP selling bugs" for what you call "SAP standard design" (neither SAP software nor its support are for free, so when you say something is working as expected you're literally "selling" this behavior). In fact it's never a good idea to show corrupted, invalid, or incomplete data. Never. So it cannot be considered "by design" unless you create malwares, viruses, or anything similar. According to me someone probably reported a bug when using SPRO to change group range, and this bug has been fixed. But then, because in the real world we use tcode during Go live (as it's far more convenient when you have to write hundreds of pages of manual steps to transport everything to production -- you need to transport webservice once to realize how painful it can be), someone reported the same bug for tcode COMCMATERIALID... but the processor of this message could reproduce the same behavior on SAP systems... so he probably asked an overloaded developer what he thought about it and got this answer: "Go to SPRO".

And we end up with an inconsistent behavior that is not documented anywhere (no OSS note, no remark in IMG help, etc.). And eventually if many customers open incidents about it, in best case scenario SAP will remove tcode COMCMATERIALID instead of fixing it. Worst case scenario we will end up with an oss note saying "technical constraint" or, as mentioned in your blog post "work as design because we have one customer that asked for such broken design" (but no name of course, so we won't be able to call the doctor for him).

Again: don't take it personally: I really like all your blog posts. It's just that we had to go live last week, and I faced this very same issue at 3 AM in the morning when I was performing all the manual steps... and your document saved my life, but at the same time it made me really mad.

Thank You Jerry - This was most helpful . Only going via SPRO helped . Tnx and SNRO did not work .. Thanks again.