My name is Drew, and I’m a paperholic.

I do not own a kindle or an iPad. And I have never read an eBook. 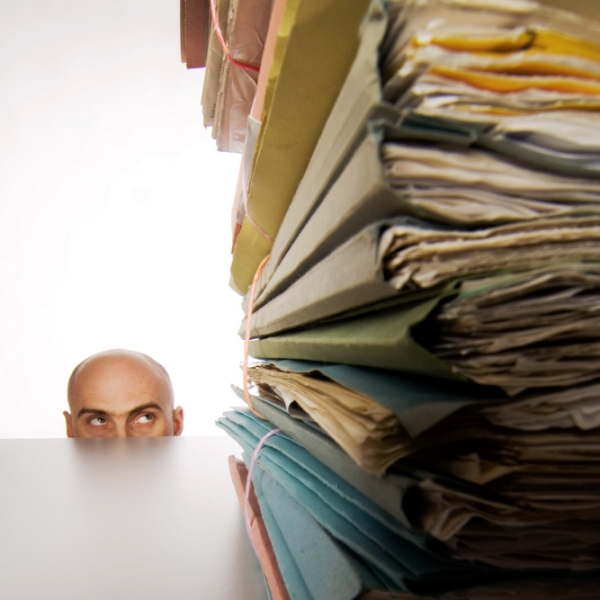 My driveway is one of three houses on my block with a daily newspaper laying on the blacktop every morning. I get a rush from the tactile thrill of heavy stationery or journal paper, and the weight it seems to impart to my words as I write them.

The scent of a library or bookstore is an irresistible siren song. And yes, if a document or report is more than two pages long, I will often print it to read it and make notes on it.

I can’t help it! I just love the feel of paper between my fingers, being able to underline things, make notes in margins, and draw doodles during boring presentations (while appearing to take notes).  I love Sunday mornings with my thick Minneapolis Star-Tribune newspaper, my coffee and my easy chair.

I love being able to drop my paperback in the sand at the beach without worry, or leave it on my towel as I take a dip without worry of theft.  I love paper, because in many ways it offers many advantages over its electronic analogues.

However, paper is nothing but trouble in accounts payable, the invoice receipt and approval process! The invoice process itself is an absolutely necessary control step in the procure-to-pay business cycle. The guardian of the cash flow gate, it is supposed to ensure that payments compliant to negotiated pricing and discounts are made on time and without duplication.

Yet many companies have not updated this critical process since the days when they were delivered via horseback or by carrier pigeon. This despite the clear facts and evidence that paper invoices unnecessarily cost companies millions every year in inefficient processes, lost savings and missed discounts. For example:

Clearly paper is a problem!  Trying to solve this, many companies have tried to remove paper by making the documents digital through scanning or OCR (optical character recognition) technologies.

Taking Out the Trash

But the problem with paper is not the paper itself. It’s the disconnected, unverified, unfiltered data that populates the source paper. A PDF image of a paper invoice or digital data taken directly from a paper invoice does nothing to help that.

The old maxim holds true here: “Garbage in, Garbage Out.” And a digitized paper invoice does nothing to clean up the garbage that creates exceptions.

It simply gets the garbage in faster.

The only way to solve the root problem with paper is to uproot paper at the source and start with electronic data that can be verified, cleansed and filtered before it ever reaches Accounts Payable. True e-invoicing (invoices submitted electronically via a business network) enables Smart Invoicing, where invoice exceptions are caught and corrected, contract prices are verified, and the invoice is validated as correct at the point of submission, thus capturing negotiated savings and creating the opportunity for early payment discounting through rapid and accurate approval to pay.

There is much more to write about regarding the benefits of kicking the paper invoice habit, but rather than risk tempting you to print this out to read it, I’ll stop here for now. Take it from a paperholic, identifying the problems with (and in) your paper invoices is the first step in solving them.

This story originally appeared on The Networked Economy. Follow Drew on Twitter at @dhofler for more insights on e-invoicing and Ariba LIVE.