I remembered Data Geek Entry: Adapting The SAP Lumira Visualization Extension Samples  by Timo ELLIOTT  – however Lumira has changed since he posted this.

I wanted to see the medals by flag chart extension and apply it to Winter Olympic medal counts.  To do this, I reviewed the help http://help.sap.com/businessobject/product_guides/vi01/en/lum_114_vp_en.pdf

After doing this, you copy the sample extensions to the C:\Program Files\SAP Lumira\Desktop\extensions\bundles\viz\ext\ folder on your machine.

Then you are set to launch Lumira desktop and select the custom chart extension as shown below:

The sample data is for the Summer Olympics and only includes three countries for the 2004 and 2008 Olympics.

You can publish it to the cloud: 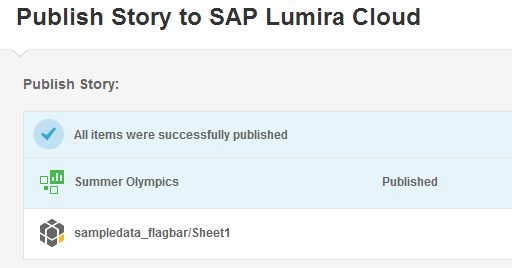 You can see the “did you know” although it is not as extensive with so little data. 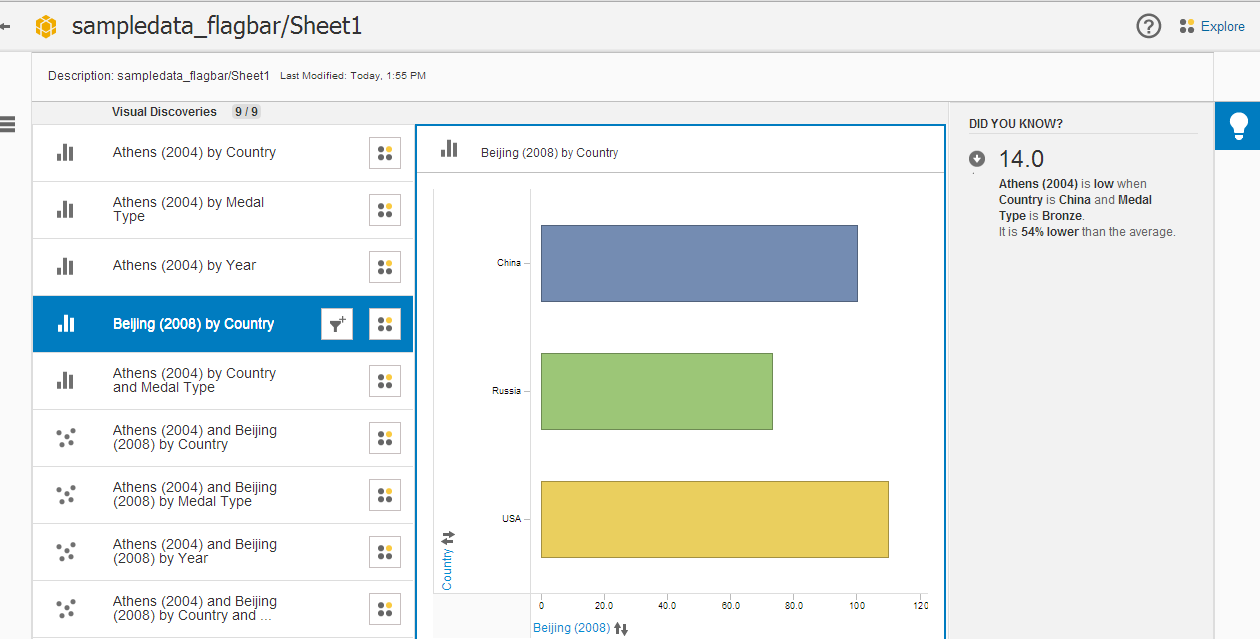 I tried publishing a story board to the cloud – it publishes but it errors out – I assume because of the flag images.

It shows the US did the same in gold medal counts between the two Olympics but fared better in silver and bronze from Turin to Vancouver.  Russia’s medal count went down.

Note I tried to add other countries but the flags appear to be limited to these three countries.