Ctac is known for its high standards on the quality of ABAP development. Ctac has published the book Enhancing the Quality of ABAP Development written by Ben Meijs and others. 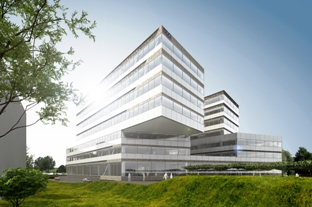 Ctac is located directly near highway A2 in the beautiful city ‘s-Hertogenbosch, Noord-Brabant. ‘s-Hertogenbosch is famous for its Sint-Jans Cathedral, its city walls, the Binnendieze and not to forget the Bossche Bol. 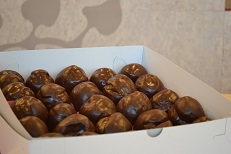 After welcoming attendees with coffee and a Bossche Bol, Michael introduced ABAP Development Tools (also known as ABAP in Eclipse) with an exercise on how to connect to a SAP ABAP on HANA instance in the Cloud. After everybody being connected with ABAP Developer Tools, Marco explained the details about the worldwide initiative of SAP CodeJam.

After this warming up, Michael gave us a more detailed overview of ABAP Developer Tools, explaining how to implement Unit Tests, execute ABAP programs and pointed us to useful shortcuts. After a clear foundation it became time to get our hands dirty and dive into some exercises. Exercises on how to create Unit Tests, execute and debug ABAP Programs, correct runtime errors and find and solve a Performance Issue showed us some nice features of ABAP Developer Tools. Jumping with 25 people on 2 cloudsystems had its impact on performance but with the creative help of our SAP experts we could overcome these minor problems.

All this theory and coding made us feel hungry so we headed to the restaurant were a vast Wapas (combination of Wraps and Tapas) buffet was served. A good moment to socialize and 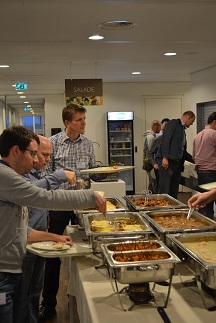 evaluate the first halve of the CodeJam.

We had no time for an after dinner dip because Michael and Marco had loads of extra info on what makes ABAP Developer Tools extra handy and useful for every ABAP developer. Just a grip:

Thank you Michael an Marco for showing us ABAP software developers how developing ABAP becomes more and more fun with ABAP Developer Tools.

Organizing or attending a SAP codejam is worth its time: who doesn't want a free training from THE specialists. Just as with the Bossche Bollen, this "tastes morish"

Great session. Nice to work with the newest SAP tools with the SAP experts.

Thanks CTAC and SAP for organizing.

Nice wrap-up Roelof Jan, looks like everyone had a lot of fun! Shame I missed it! Will hopefully be able to join you next time!

Thank you R.J. Bouwknegt and B. Meijs for organizing!

Looking forward to the next codejam event hosted by C/Tac 🙂 .

Many thanks to all Ctac people, especially Roelof Jan Bouwknegt, for the warm welcome and the perfect organization of this marvelous event!

I enjoyed the session very much, I can hardly wait for the next CodeJam.

It's always a pleasure to see how the ABAP developer community embraces the new Eclipse based tools with great enthusiasm.

Looks like this was a great event! Too bad I wasn't able to attend, perhaps next time 🙂