CVS: Quitting Tobacco to Compete in a New Marketplace

On Feb. 5, CVS Caremark made the startling announcement that it would no longer sell tobacco products in its 7,600 pharmacies throughout the United States. The bold gesture garnered quick praise from the likes of President Obama and Michael Bloomberg. 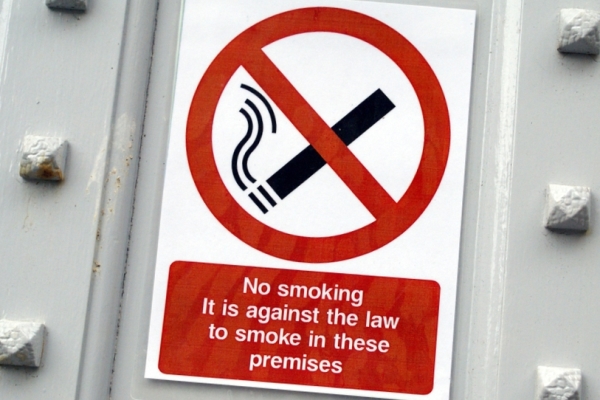 The decision seemed especially laudable given the company stands to lose $2 billion in sales—revenues that will undoubtedly be picked up by rivals like Walgreen and Rite Aid, which continue to sell tobacco.

But the pharmacy’s move to forego tobacco sales is more than just good marketing or the right thing to do. It’s also very smart business strategy. And it’s emblematic of moves we’ll see throughout the healthcare industry going forward.

The U.S. healthcare industry is confronting fundamental change. Increasing cost pressures, heightening patient expectations, technological change, and regulatory uncertainty are all combining to compound risk and drive industry players to experiment with new markets and models. From hospitals to insurers, from pharmaceuticals to pharmacies, organizations in all segments of the industry will look for ways they can move along the value chain to become more competitive and expand their business.

For pharmacies, especially large chains like CVS, that will increasingly involve competing with providers such as hospitals and physician groups by offering in-store clinics, wellness products and services, laboratory testing, and more.

That’s being driven by several factors. One is the Affordable Care Act, under which 14 million Americans are expected to gain health insurance for the first time. That will overwhelm the physician population, and a predicted 7 million patients will face a physician shortage, according to Deloitte.

Another is the health-insurance sector, itself roiled by changes stemming from new federal and state health exchanges. Insurers will increasingly push pay-for-performance models in place of traditional fee-for-service approaches. Combined with a growing population of patients who will carry high-deductible insurance plans, the emphasis will be on low-cost delivery of healthcare services.

CVS is well aware of these trends. In fact, the company now positions itself as not merely a pharmacy but “the largest pharmacy healthcare provider in the United States.” In its Feb. 5 announcement the company itself stated that quitting tobacco sales is “positioning CVS Caremark for future growth as a healthcare company.”

That journey began in 2000, when CVS opened its first MinuteClinic facilities, now in more than 750 locations in 28 states. These walk-in clinics allow CVS customers to see nurse practitioners and physician assistants who diagnose, treat, and write prescriptions for common conditions such as the flu and strep throat.

The company moved farther along the value chain in 2007 when it merged with Caremark, a pharmacy benefit manager. That means CVS not only sells drugs but also works with insurance companies and large employers to control drug costs.

You wouldn’t expect to walk into your doctor’s office and be sold a pack of cigarettes. Likewise, if CVS wants to position itself as a healthcare provider, it can no longer sell tobacco. Missing out on $2 billion in sales today in a bid to expand many times more than that tomorrow is a savvy business move. It’s the kind of thing we’ll increasingly see from all players in the rapidly changing healthcare industry.

Nice blog Cecilia, one of the better transformation stories on this SCN section. Well done! I can imagine that other pharmacy chains will likewise follow if they decide to play up market in the care space.

Great News! I am happy to hear that, United States of America they completely stop to sell tobacco products in its 7600 Pharmacies. I am very glad to know that, I don't like to use tobacco, cigar and alcohol. I think its not good for health. I avoided ! Thanks for sharing this info.

Good points, but let's see if CVS does a Walgreens on this decision.  Walgreens stopped selling alcohol products in the US for a long while(they even boarded up those sections in older stores), but due to losing sales for not having those products available, they reintroduced a more limited selection in most US markets where legal.