For firms in India, now is a good time to deal with complexity

For the last year, India has been hit with a double whammy of stagnation and high inflation, requiring companies to become more efficient while they hope for growth to return. But for a niche Indian bicycle maker and a large Mumbai conglomerate, SAP has provided a solution. 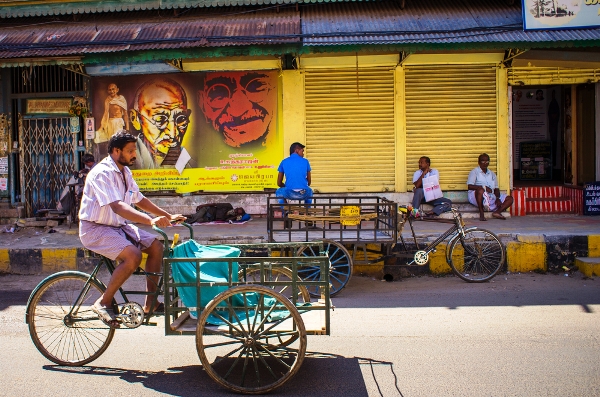 Ludhiana, a small town in the north Indian state of Punjab, has about 4,000 small and mid-sized firms engaged in the production of city bikes. While bigger cities like Delhi or Mumbai have seen a rise in car sales with rising income levels, cycles remain hugely popular in small towns because of its ease in navigating narrow roads and lanes. Companies such as Hero and Avon build bikes, while other firms supply the parts. For cycle makers, a sluggish economy translates into lower sales of higher-end products — and profits take a hit.

Avon Cycles is one of the largest makers of bikes in India, and n 2012 faced the challenge of growing as its operations became increasingly complex to manage. Avon needed to become more efficient in a price-sensitive market.  Each bicycle has more than 360 components, and there are more than 200 models — with an average of three sizes per model and three colors in each size.

Unlike Avon, Essar Group is an international conglomerate with a market cap of $39 billion. The Mumbai-based group is one of South Asia’s largest companies and operates in sectors such as steel, oil and gas, power, communications, shipping, ports and logistics, projects and minerals. However, the challenge faced by Essar was the same as Avon: reduce complexity.

Though the group is consolidated in its operations, its challenge was to make its subsidiaries independently competitive and profitable while maintaining group synergies. SAP HANA provided a solution. Now, access to consistent real-time data will improve the management’s forecasting abilities and provide intelligence on ways to redirect the business based on events, customer relationships, product plans and market variations.

The two companies are examples of how SAP HANA is helping companies manage varying levels and scales of complexity. India’s growth rates are expected to remain on the lower side until the government takes steps to remove supply-chain bottlenecks and improve the overall investment climate. The ruling Congress party has put off taking a call on these issues until after the general elections, scheduled for later this year. When the economy gets back on track, competition will heat up from both domestic firms and new entrants from other nations.

Avon and Essar will be ready.