Mobile World Congress 2014 is this month and there is a lot of speculation about what to expect at the event.  Most of the conversations so far are about “Bendy phones, enormous phones and powerful phones” (MWC 2014: what to expect – Updated Bendy phones, enormous phones and powerful phones for Mobile World Congress 2014). Mobile devices are important and contribute to the future of the industry, but there is more, and that is the mobile app market.

Did you know that….

The mobile app market is full of opportunity for developers and this is why we will have a Dev Zone at MWC 2014. We will have experts on the floor to talk to developers about SAP Mobile Platform, SAP Application Development Partner Center, SAP HANA Start Up Program and HANA Cloud Platform.

If you are not attending MWC 2014, don’t fret, you can still take advantage of these programs. Check out the following ways to participate:

If you are attending MWC 2014, make your way to Hall 6, Stand A30 to visit SAP and stop by the Dev Zone to Experience the Future of Mobile App Development. 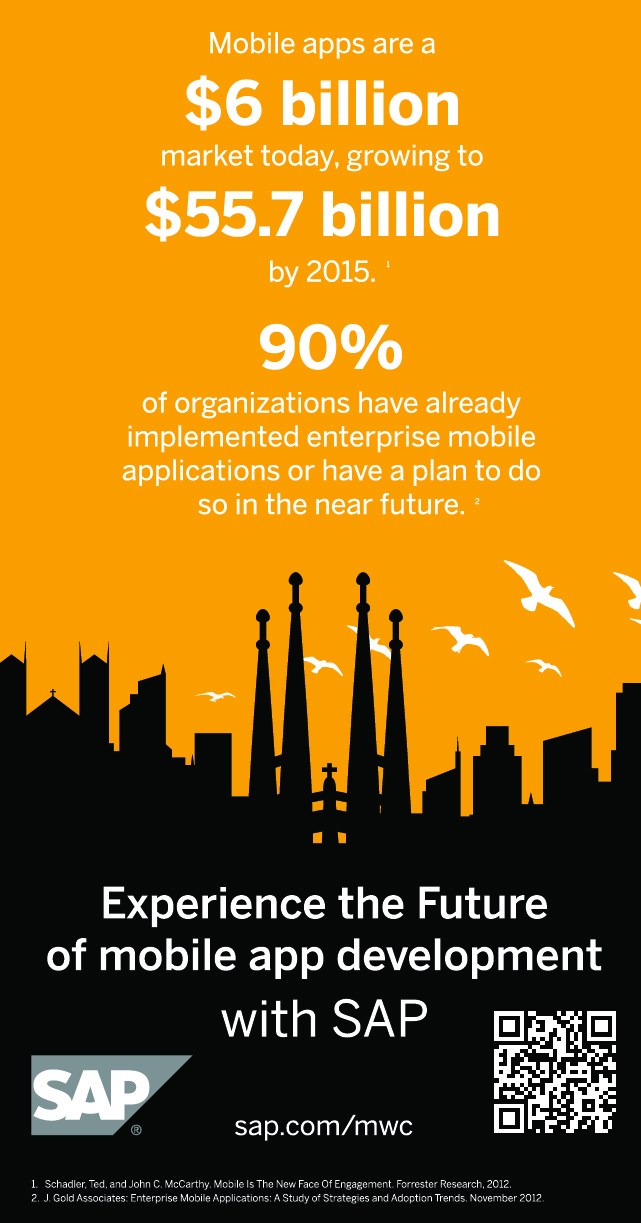