I would like to thank SAP Lumira Team to bringing out this How to Join The Data Geek Challenge This is really interesting.

I have my own data, where I am evaluating the performance of my team in a particular test phase.

In Project review, how each member has contributed towards the team success & how was their own performance.

I came up with a simple analysis about the work they have done in each area e.g. who contributed in functional test case writing,

who contributed in accessibility & usability.

SAP Lumira provides numerous visualization options with variety of charts and it is fun analyzing the data sets. I have used bar charts for my analysis.Which is quite comprehense & simple. 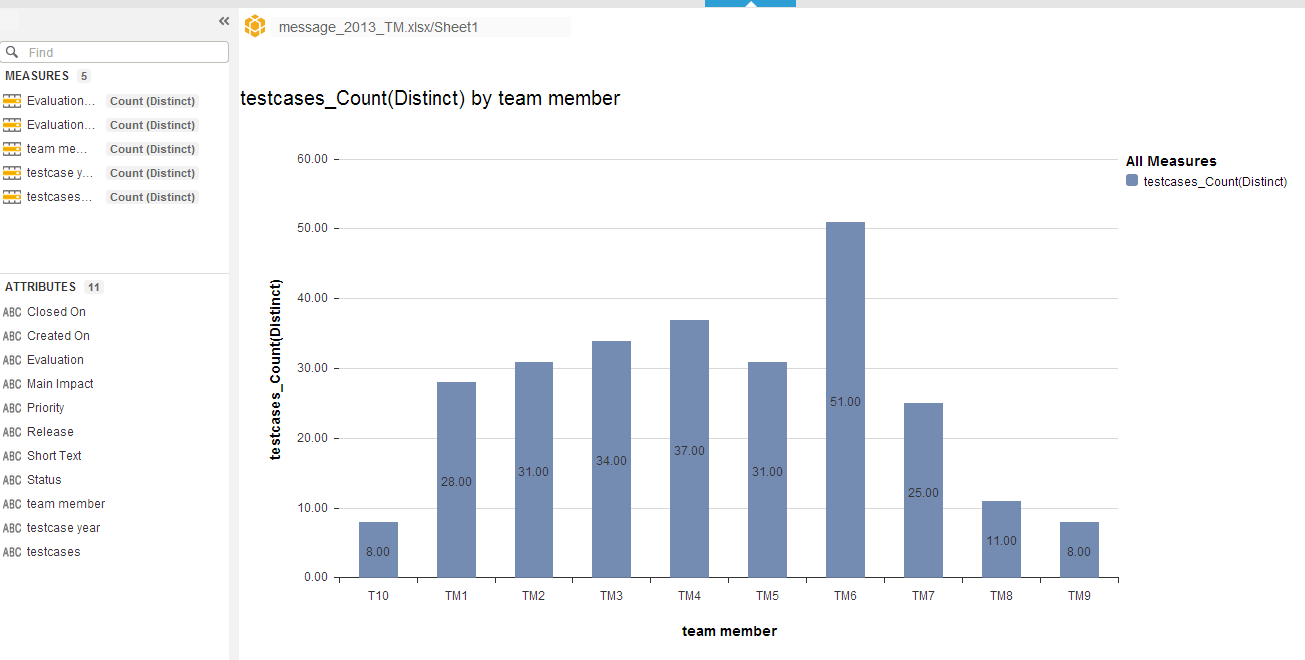 Team members who were involved in functionality test case writing 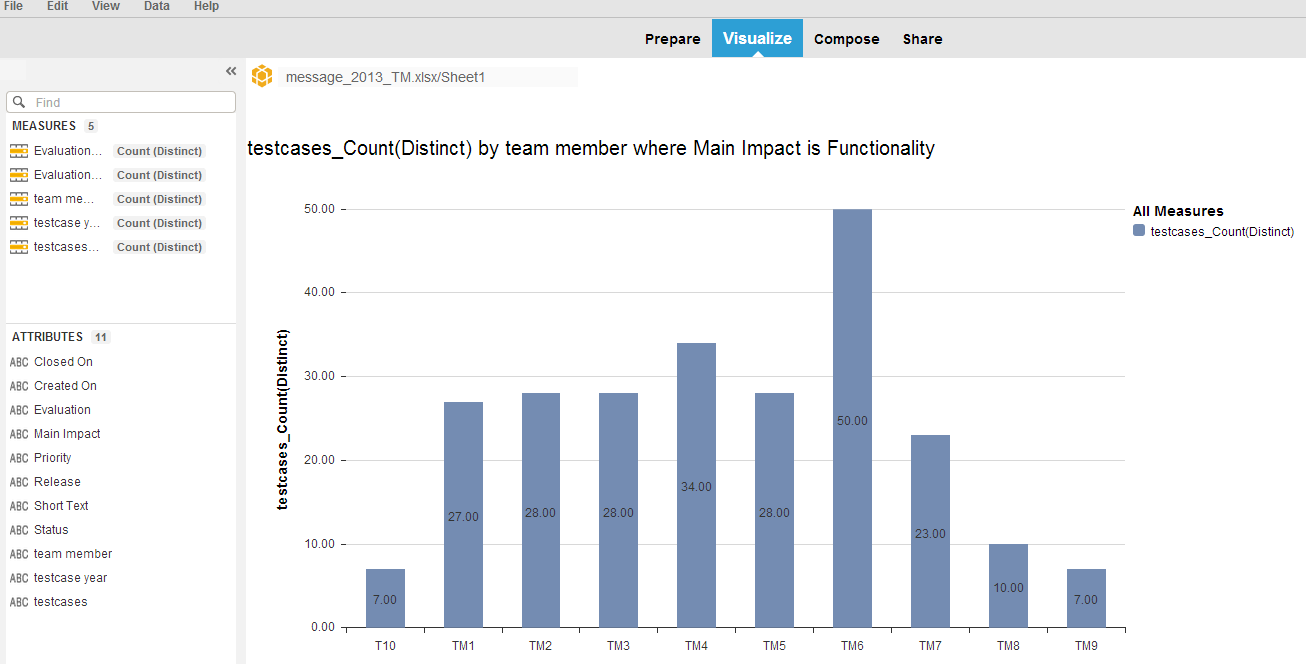 Team Members who were involved in accessibility test case writing 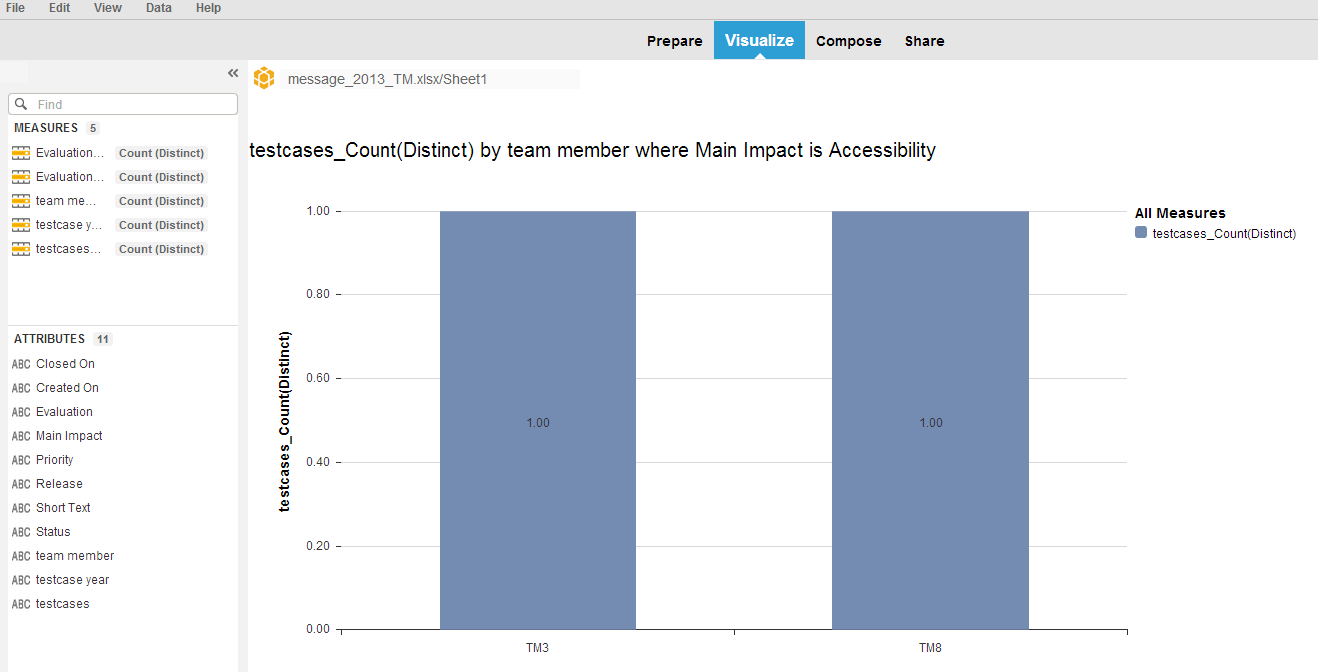 Team Members who were involved in usability test case writing

Team Member who participated in Usability test case writing in one phase. 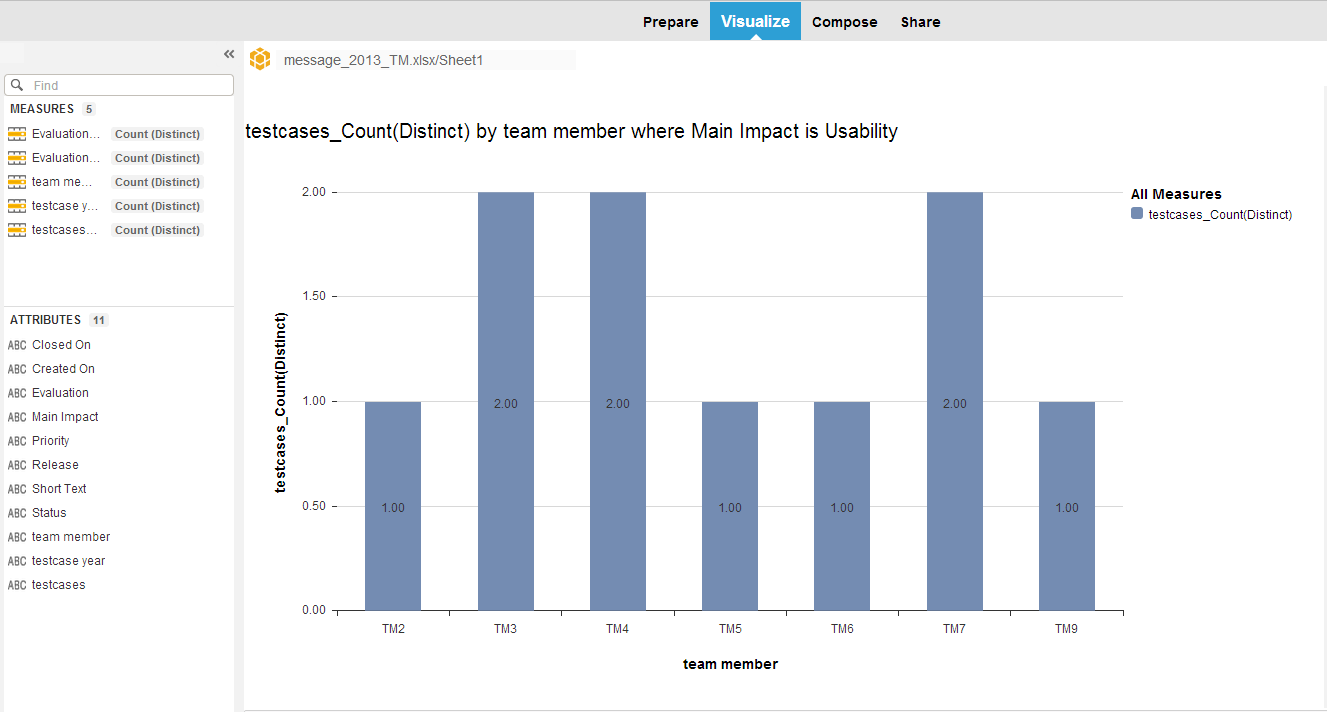 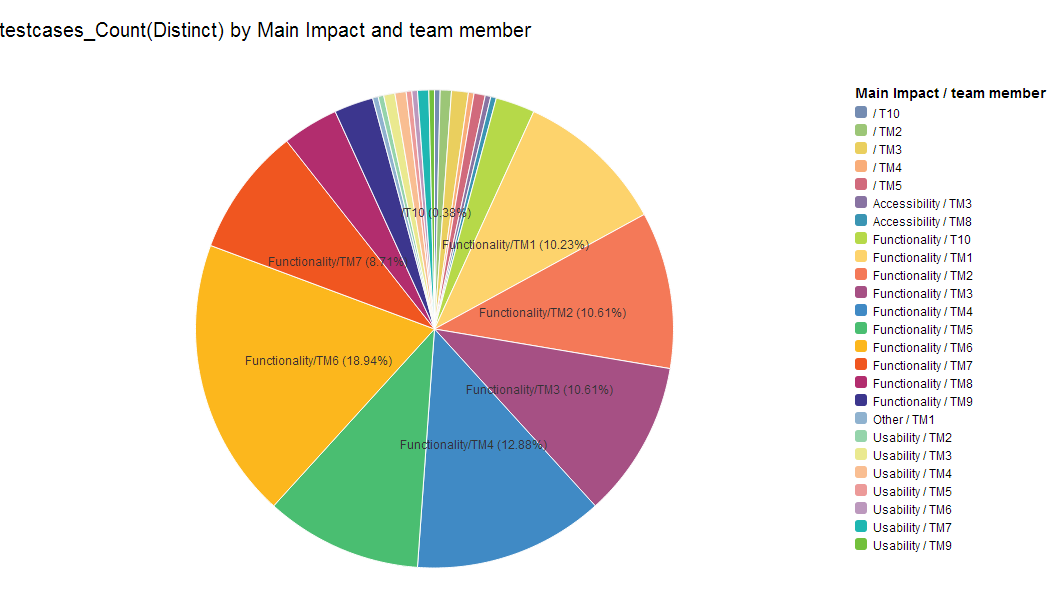 Good analysis about Team performance using SAP Lumira. Also try to upload some back ground images using SAP Lumira and check it is quite interesting and you will definitely like it. Thanks for sharing. Keep up the good work. 🙂