I had the opportunity and honor of presenting at SAP Mobile partner VeliQ’s annual partner and user “Move the Big M” conference in Rotterdam last week.  During the 2013 conference VeliQ CEO Alex Bausch and then Marketing VP Philippe Winthrop asked SAP to present a farcical Mobile 10 Commandments.  We had a fun time with the presentation and also offered a light history lesson.  This year, VeliQ asked SAP to extend the idea and intertwine history and mobility.

We took them literally!

With thanks to long-time mentor Jeff Thermond, we offered the 10 top moments in world history with a humorous mobile wrapper.  The results are both funny – we hope – and insightful of how mobility may really be changing the world as we knew it.

Discovery of fire – The fossil record of fire first appears with the establishment of a land-based flora (and flora apps) in the Middle Ordovician period, 470 million years ago. Fire delivered an accumulation of oxygen and subsequently Canabis in the local atmosphere of Colorado, Washington State, and Amsterdam.  Untold hordes of mobile devices, apps, and extremely inspired content followed this important event.

Development of language – There is considerable speculation about the language capabilities of early Homo (2.5 to 0.8 million years ago).  Anatomically, some scholars believe language and features of bipedalism as well as bicycling were first seen in Dutch australopithecines 3.5 million years ago.  These evolutionary steps coincided with the development of the popular http://www.mapmyride.com/app/ bicycle mobile app.

Discovery of the unconscious mind – Popularized by the Austrian neurologist and psychoanalyst Sigmund Freud (whose book burning parties in the 1930’s led to his “vacation” in Vienna).  Freud’s unconscious phenomena include repressed mobile phone and app envy, reflex skills (e.g. clicking on URLs), subliminal perceptions, thoughts, and 140 character blogging habits.  Human minds grew to include complexes, hidden phobias and business worker desire to always have the newest smartphone. 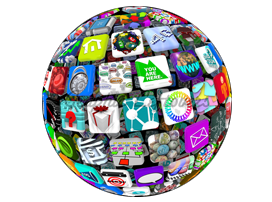 Adam & Eve mythology – In the Book of Genesis, chapters one through five, there are two distinct creation narratives on our first couple – one each on iOS and Android.   History will show the world needs both coexisting despite their ongoing “complicated relationship” status on Facebook.

Noah’s Ark – An ominous 10 day forecast on the Weather Channel mobile app sends Noah to The Home Store.com before God decides to destroy the world because of humanity’s evil deeds.  Proceeds from Noah’s online purchases go on to fund a full size replica of Noah’s Ark in Dordrecht, Netherlands.  A Farmville mobile app is used to collect, water, feed and care for very large numbers of animals in a wooden ship.

Written Thought – Many believe Palm OS Graffiti was the first language.  Not true.  As long ago as 25,000-30,000 years ago humans were painting pictures on cave walls.  Historians believe our ancestors were going mobile with a “story,” sharing an Instagram, writing a 140 character tweet on SAP Mobile or sharing a photo on Facebook.  Many believe these are simply morning after rants from too much tequila.

Development and institutionalization of Religion(s) – Religion can start War.  Perhaps even another iOS vs. Android religious Mobile war.  Think bigger here with me.  The Encyclopedia of Wars documents 1,763 wars, 123 (7%) of which have been classified to involve a religious conflict.  Burials of early homosapiens from as early as 300,000 years ago show evidence of religious ideas (about as old as the Ancestry.com app).  Other religious symbolic artifacts from Middle Stone Age sites in Africa include Nokia feature phones, BlackBerry smartphones and Palm Graffiti.

Development of ‘heavy’ metal (industrialization) – ‘Heavy’ metal is a genre of rock music from the late 1960s and early 1970s; made mobile in 2003 thanks to iTunes.  Modern roots trace back to the UK and US as well as blues rock and psychedelic rock.  Conventional (boring and lighter) metals were known to the Mesopotamians, Egyptians, Greeks and the Romans starting with gold in 6,000 BC then silver, copper, iron (from meteors) and mercury.

Birth of the Toilet – Thomas Crapper is the pioneer behind toilets in England and with the help of Brian Katz built a companion suite of bad mobile apps called Crapplications.  A precursor to Crapper’s toilet system was designed in 1596 by John Harington who had the first flawed UX with a front facing tank.

Man Lands on Moon – Apollo 11 was the spaceflight responsible for the first humans on the Moon; Americans Collins, Armstrong and Aldrin on July 20, 1969. Armstrong spent about 2.5 hours outside Apollo 11 before his Android tablet battery died.  The team’s Windows Phone 8 phones lasted the duration of the 8 days, 3 hours, 18 minutes, 35 seconds trip but unfortunately lost network access on Pink Floyd’s Dark Side of the Moon.

As you can see, mobility has literally changed world history.  Modern day mobility will offer even more ground breaking historical moments.  Mobile apps, content or devices and their impact on business productivity will continue to inspire the imagination. 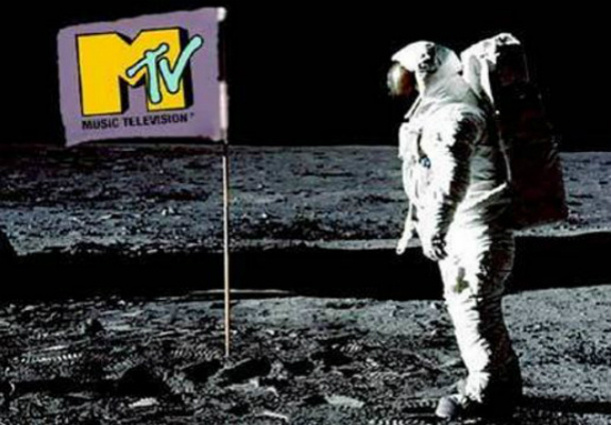