(Background:  Part 1 of 2 can be found here.  These blog postings are meant to illustrate how we used Design Thinking in our most recent collaboration with the International Barcode of Life (iBOL) project to answer the following:  How Might We (HMW) engage people around the world with DNA barcodes of life on Earth?)

Overview:  here are the Design Thinking phases we went through with a visual approximation of how much time we spent on each over the course of a month for reference throughout this post.

I left off our Design Thinking journey at the end of the Synthesis stage where we came up with a list of meta-themes from the various interviews we conducted from all walks of life.  What emerged from the meta-themes were two distinct personalities:

Based on these personalities we developed the following two personas in the below chart (complete with fictional names and personality traits), each with a unique point of view (POV) based on their needs and insights we had about them.  We then massaged our original How Might We (HMW) statement for each POV.

And then FINALLY we started to brainstorm solutions for each HMW statement during the Ideation stage.  We started arbitrarily with Justin Palmer first.  Still working in our multidisciplinary team, we threw out wild and crazy ideas.  But we stopped shortly after.  Why?  Our team came to the consensus that Justin didn’t really need Barcode of Life and a lot of our ideas were really ways to disguise or subtly trick Justin into engaging with this rich biodiversity data.  So we circled back to our David Molder persona and started ideation allover again.

(Aside:  this two steps forward, one step back phenomenon is not uncommon in Design Thinking, and hardcore Design Thinkers are quick to point out that Design Thinking is not a linear process.  For example we could have decided to do more 360° Research at any time or Rescoped the problem.)

So back to ideation, we went for more wild and crazy ideas to meet David’s passion for science.  Some of our top refined ideas included specifics around location-based biodiversity data, user recognition, crowd sourcing, and visual representations of DNA barcodes.  We then jumped right into prototyping some of our ideas and actually came up with 2 paper prototypes.

Prototype #1 was a mobile application that simplified the collection and identification of biological species.

Prototype #2 was a simple taxonomy tree viewer application, complete with the option of creating your own tree.

After we created our prototypes we went out to test or validate our paper prototypes with real users.  What we quickly discovered were several areas where we could refine and streamline Prototype #1.  On the other hand, we had rather limited engagement with Prototype #2.  So we went back and refined Prototype #1 further.  We took our paper prototype one step further by quickly translating our paper screens into a mock iPhone application using the POP iPhone prototyping app.  And then we tested some more…and then we finally said enough is enough.

We felt we had refined our prototype enough and were ready to take it to a wider audience.  We decided to implement a slice of its functionality on then soon to be released iOS7 (we also added some awesome mobility developers to the team) and then got EVEN MORE feedback at the International Barcode of Life Conference held in Kunming, China at the end of last year.  (For those interested you can see some screenshots of what we shared in Kunming from a past blog posting by Irfan Khan).

And now?  We are working hard towards completing our first V1 (or Minimum Viable Product (MVP) for all the Lean Startup fans out there) of what started as simply “Prototype #1”.  We want to get it quickly in the hands of all the Davids out there, or more aptly coined “citizen scientists” – those who have a genuine interest in the world around them and would love to explore and contribute to a project that aims to measure the health of our planet.

But our journey with Design Thinking hasn’t ended, and most likely will never end.  With our first general release our real users will provide EVEN MORE feedback as they use it.  This feedback will guide our development efforts and future iterations. 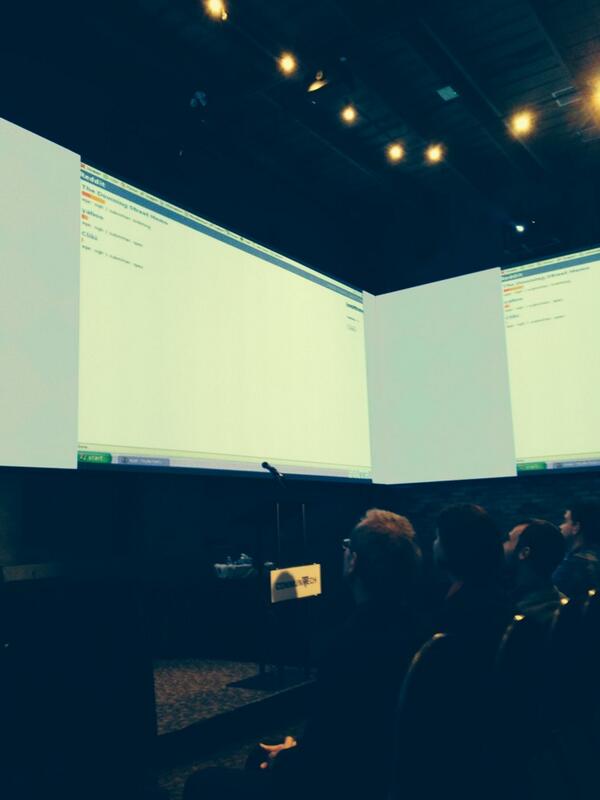 I once sat through a talk by a reddit cofounder who flashed this picture up of reddit V1 during his talk.  His point was very similar to how I would like to conclude this blog.

Getting software out the door and getting people to actually use it is really crucial to adoption.  reddit looked pretty simple and only had a handful of users in the beginning.  But they took the feedback from those handful of users and produced rapid new versions based upon that feedback.  They’re not doing so bad now.

So call it Design Thinking, call it Empathetic Design, call it whatever you like.  Most importantly just keep the user at the heart of everything you do and hopefully similar to reddit’s adoption, everyone around the world will be barcoding biodiversity in their own backyard, opening their eyes to what is living underfoot, and realizing the impact of their actions on their local environment — all because of one simple, beautifully designed iPhone app.

For those interested in receiving alerts regarding when the Barcode of Life mobile application is released please let me know in the comments!

Sounds like a cool app! I would like to know when it's released, and about the data service behind it!

Sarah:  Please add me to your BoL alerts.  Thank you.  Michael.