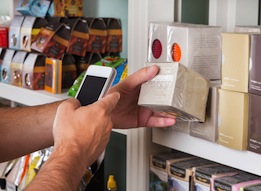 In an effort to raise awareness around its SAP Mobile Platform 3.0, SAP challenged the industry’s best and brightest mobile developers to bring forth their greatest app creations in a recent “Game On” Mobile App contest. Out of 80 participants, msc mobile took home first prize, a Super Bowl-themed package that includes airfare for two people to New York City, three nights at the Westin hotel, and two tickets to the Super Bowl with special access courtesy of SAP. Now that’s what I call a touchdown.

I had a chance to catch up with the developer of the winning mobile app entry, Alexander Ilg, founder of msc mobile, to learn more. First, a bit of background. Alex’s mobile journey began in 1998, when he worked on his first mobile project for a German car manufacturer.  “Ever since then, I was interested in mobile,” said Alex.

Alex also has deep connections to SAP, having worked in the company’s Walldorf location from 2002-2006 in the development organization. Now at msc mobile, Alex continues to work with SAP technology on a regular basis – from implementing standard solutions to developing custom apps and creating new products that are available on the SAP store.

Alex’s winning app is called “Shelf Plus” and as you’ll see from his demo below, it’s aimed at helping store merchandisers better manage numerous data points associated with their products.  Chris Marsh, Principal Analyst at Yankee Group and one of the “Game On” Judges, said this focus on the targeted audience made all the difference. “The winner illustrated a stronger attention to detail in the user experience and in its potential to evolve as a critical tool for its targeted audience,” said Marsh.

“We’ve worked on many different projects with leading consumer goods companies and the changing role of the merchandiser was always a topic of interest with them,” said Alex. “For instance, we might implement SAP Retail Execution but the merchandiser part might not fit their needs so we’ll try to add additional value to the great software already in place with our own app. That’s when it dawned on me about how much information a merchandiser collects.”

In the past, merchandisers were mainly responsible for maintaining store shelves and arranging products in a way they would sell best. Today’s merchandiser needs to select from many different product data points, “a huge workload” that is now their responsibility according to Alex. In addition to managing stock levels and what’s visible to customers, merchandisers must keep an eye on promotions and check out what competitors are up to.

“Marketing departments are always coming up with additional data points for them to capture,” he adds. “So in order to make the life of the merchandiser easier we created the Shelf Plus app, where searching for products are done via augmented reality and could extend to planograms and other areas. And by developing on the SMP, which is all standard technology, we were able to embed the augmented reality framework. I think every iOS and ABAP developer would also find the SMP easy to work on.”

And what about those amazing prizes?

“The main benefit is the visibility msc mobile will gain in the marketplace,” said Alex. “But I also happen to be a huge fan of American Football, and played for many years on a league in Germany. The prizes were a huge motivator for me. If it were just a cash prize, I would not have participated in the challenge.”

Shelf Plus will be available in the SAP Store soon. Keep an eye out for it.

SAP Mobile Platform 3.0: A Promise for a More Mobile Future