There are many manuals for the workflow system setup, and it’s relatively simple using SWU3 to basically set up the system. I mean how many other modules you know have a screen called automatic customizing? there a few other things to set up after you do finish with SWU3.

Apparently there is a feature of the IDOC management enabling it to start a workflow task whenever an IDOC fails to be received or sent by the system, this option is by default active. there are a few problems with this:

So I highly recommend you disable this option as soon as possible.
You need to: 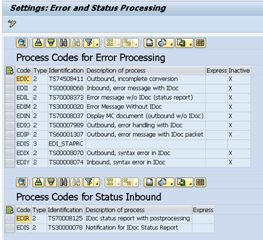 Mails going out of the system:

The basis team manuals and some workflow ones state the system should send mails to all addresses, this is done by writing * at the allowed recipients addresses in transaction SCOT. This is true only for production systems! the development and QA system should be limited to only specific addresses. since you will probably run test runs of the extended notification mails is these system. you don’t want to explain to the CEO why did he receive mails asking for his/hers approval of non existing documents or simply to spam the QA teams with unnecessary emails.

But you might still want to send mails out of QA systems, well there are two ways of doing so safely: 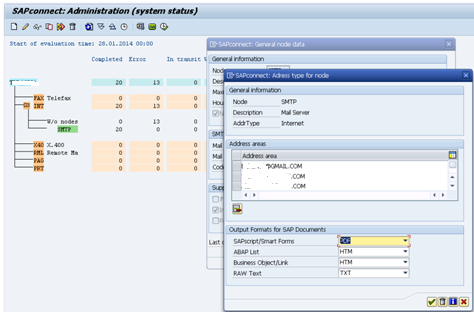 You are going to need to give all users a few authorizations for:

Transaction SWNWIEX – used for calling not decision workflow tasks from the universal worklist.

Authorization object PLOG – with AC (workflow rule) in the object type, 1001,1000 in the infotype and DISP in actions fields (* in the rest). this is needed since the next approver is calculated with the current ones auth’s so without this the workflow rules will return wrong results.

Set the TRSP/CORR setting in transaction OOCR to ‘X’. If not set, you will be asked to create a transport every time you create a responsibility in OOCU_RESP, or not be able to do so at all if you are maintaining the responsibility in QA or production systems since transports are not allowed in those systems.