Top Highlights from the 2014 World Economic Forum in Davos 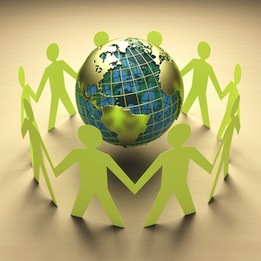 Every year, world leaders gather in Davos as part of the World Economic Forum to discuss topics in the areas of economic growth, sustainability, social development, financial systems and health. The summit just ended, and as expected, many different topics were covered. From economic growth to food scarcity and climate change. The good news, climate discussions made it back into agenda and into boardrooms. Here are some of my favorite quotes from Davos 2014:

“I ask you to ensure that humanity is served by wealth and not ruled by it.”  – Pope Francis

“We need a reset in the way the economy grows around the world.” – Christine Lagarde, IMF

“We must change the dialogue from what we do with the money we make to how we make the money.”– Indra Nooyi, CEO PepsiCo

“There are two equalizers in life – the internet and education.” – John Chambers, CEO Cisco

“Access to water is access to education, work, and the kind of future we want for all members of our human family.” – Matt Damon, actor and co-founder Water.org

“Average CEOs do what average investors demand,” was a comment in one of the panel sessions. I could not pin it down to the source, but I love that quote.

“Design is inherently optimistic. We need clean energy, not just reduce what we put out in the atmosphere. Solar follows Moores law now, once it is commoditized it will take off further.” — Bill McDonough, designer, architect, author of Cradle-to-Cradle and Upcycle, member of SAP sustainability panel

“Business leaders do not try and cause harm to the people that work for them, but often the warped incentives we’ve created to drive profitability put such pressure on the organization, that we lose sight of the most important part of any company: our people.” — Sir Richard Branson, business magnate, investor, B Team on Human Rights

“We don’t want the discussion of water access being lost amidst the talks about water security and scarcity .. 4,000 kids die every day because of lacking access to water.” — Matt Damon

“We’re getting closer to a political tipping point. These extreme weather events, which are now 100 times more common than 50 years ago, are really capturing people’s attention. We need to put a price on carbon. We need to put a price on denial in politics.” (Note: reading this in my home in California where we currently have the biggest drought since measurement started). — Al Gore, former U.S. vice-president, Nobel Peace Prize winner, climate change activist

I did not like the direction of these high-caliber panels. Maybe it’s a classic representation of the problems we are having and why no action is taken. Al Gore pepped it up a bit, but other than that I found it disappointing, especially the second half:

I recently wrote a piece on Harvard University Prof. Michael Porter’s view on business and sustainability. At Davos Michael was challenged by Unilever CEO Paul Polman that his ‘shared value’ viewpoints are not going far enough; and Michael countered like this:

“We think shared value is tremendously radical. It redefines how business operates at the core – how they think about their products and value chains, how they think about the boundaries of their responsibilities. A lot of companies are still on the journey between CSR and shared value and have not made the truly radical transformation of seeing society and social issues as being a core part of running the business. Paul uses the label of sustainability for much of their work. We believe that sustainability is not necessarily shared valued; it is a broad catch-all phrase. We have been accustomed for too long to believing there is a trade off between profitability and doing good which has fostered a culture that makes it profitable to pollute and make factories an unsafe place to work. But this idea is Alice in Wonderland; actually societal problems are the greatest business opportunity to restructure how you operate, to become more productive. Selling products to Africa is not doing good but a giant new market. But this takes a long time – CEOs often see the opportunity but it’s difficult driving it down into the organization, where staff are used to thinking narrowly.” — Michael Porter

With high interest I followed the launch of ‘Project Mainstream’ by the Ellen-McArthur Foundation jointly with McKinsey, Kingfisher, others. A new study shows savings of $1 trillion a year by 2025 and the creation of 100 000 new jobs within five years. That’s because the circular economy relies on the eradication of toxins from products so they can be up-cycled.

I love the described prospect of a redesigned economy based on transformative business models (listen to the described Philipps example where you don’t buy light, instead you lease lumen). Our planet it itself is designed as a circular system, problem is our current (linear) economic model introduced the concept of scarce resources by putting materials in the wrong place (CO2 in the ground is good, too much CO2 in the air is bad). Project mainstream wants to bring these concepts to scale. I wish SAP would be part of this panel representing ICT as an important pillar of a circular economy.

“This is why I am making a strong call for governments to put us on a pathway to achieve zero net emissions from the combustion of fossil fuels in the second half of this century. I propose the following action agenda to reverse this trend. Action 1: Put a price on carbon. Action 2: Reform fossil fuel subsidies. Action 3: Address incoherent and inconsistent policies. We are on a collision course with nature. Now is the time for us to take bold decisions.” — Angel Gurría, Secretary-General of the OECD

The 2014 Environmental Performance Index is a joint project between the Yale Center for Environmental Law & Policy (YCELP) and the Center for International Earth Science Information Network (CIESIN) at Columbia University, in collaboration with the World Economic Forum. I know what you are thinking, another index – but this one is country based measured by a global scorecard.

Overall Switzerland took the top spot, Germany came in at number 6, and the U.S. was number 33, while China came in at 118. Switzerland and Germany received top scores for health, sanitation, water resources and (surprisingly) for biodiversity? I thought we shot all bears, lynxes and wolves? Last place on the list: Somalia (I just watched ‘Captain Philipps’ last week, good movie that also touches on the problem why Somalia is rated that way). General problem in Europe: Air quality and fishing practice.

Another interesting point is a clear link between investment climate and environmental performance for individual countries. Biggest problem of conducting the survey according to panel speakers: getting good reliable data and be able to scale up the results.

Western economic and social crises are pointing to the bankruptcy of the capitalist model. Yet the question remains: What is the alternative?

“Share prices rarely reward companies for job creation and sustainable environmental policies. We need systemic change in how companies are valued. If that is not the case, good policy will always depend on the goodwill of a few CEOs,” SAP Sustainability’s Aron Cramer said during Doing Business the Right Way. He advocated for new accounting laws and market trading systems, clearly referring to the recently released TEEB study with a US$7.3 trillion business case for valuing natural capital. “The question is, do you want to be around for three quarters or three decades?”

“Don’t end up on the wrong side of the fence.” — Steve Howard, IKEA CSO

SAP was represented by co-CEO Jim Snabe and Bill McDermott. I don’t believe I heard them saying anything about sustainability or environmental issues.

Entry fee for attendance was about $40,000, which includes entry ticket ($20,000), food, lodging and probably heli-flight from Zurich airport to Davos. And I’m sure many attendees extended the trip to add some skiing into this. Only 15% of attendees were female. Also, many critics stated that this might not be the right environment to talk about topics like ‘income inequality’. Bono from U2 and a regular in Davos for many years took the bull by the horns on this topic:

“Some of the criminals around here are not wearing ski masks, they are wearing skis,” said Bono. “Capitalism can be a great creative force, but it can be a destructive force. It is not immoral, but it is amoral. We need to give it some instructions.”

Bono also responded in one of the panels to the question where these extremely poor people are in the world, one billion in numbers living on less than one dollar a day. His response: “They are certainly not here, and we should be very careful in speaking for them.”

Highly recommend to take some time out and watch and listen. Agree that some of the talks are more or less the same again and again, but I found some very interesting bits and pieces in there.

I hope you found this summary interesting and I look forward to hearing your thoughts.