At this year’s World Economic Forum meeting at Davos, the economic situation in Europe is a main point of discussion. While some people believe that Britain’s growth might guide the way for the rest of the continent, others are more pessimistic. Debt-laden countries are finding it hard to grow and recover. And with policies like 75% taxation in France, businessmen are happier to go elsewhere. Europe is a key global economy, and its ability to recover has worldwide consequences. 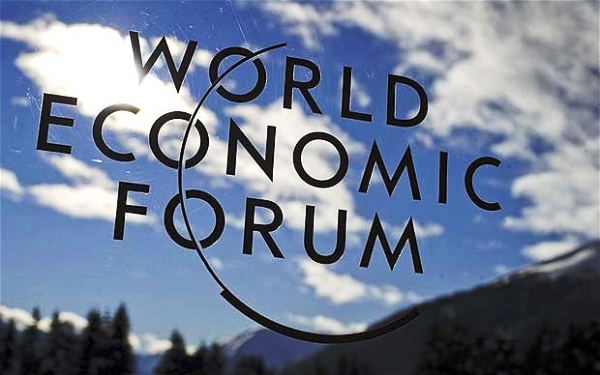 As part of this year’s agenda, the World Economic Forum (WEF) posted its annual ranking of global risks earlier this week. Number one on the list of global risks is “fiscal crises in key economies,” the probability of which is quite real in Europe and parts of Asia.

Other risk factors like climate change aren’t expected to have catastrophic consequences in 2014, even though the long term consequences are dire. Instead, factors like water shortage, already being felt in overpopulated countries like India, are likely to cause instability in the near future. Already firms are reluctant to invest in certain parts of South Asia where the water shortage problem is acute. Those regions are seeing unrest resulting from income and social inequality. Same holds true for the factor of financial instability rising out of runaway inflation. While Zimbabwe is an extreme case, most developing nations are facing high inflation. Central banks have hiked interest rates to combat the problem, but that has hit growth.

The good news is the United States economy is growing. The New York Stock Exchange has seen impressive gains in the last six months, and so has corporate America. For most developing countries, the US is the biggest export market so this is good news for them. Amidst a general feeling of gloom,some European firms have also delivered. Not surprisingly many of them are based in Germany, Europe’s economic powerhouse. SAP AG’s revenue from software and software-related services grew in double digits over the last four years, and is set to grow over 6% in 2014. Its HANA suite gained over 800 clients, twice as much as initially predicted. Daimler AG, the maker of Mercedes-Benz cars, and Audi also grew their sales in an otherwise fragile euro-economy.

Over the long run, mitigating global risks will require governments to create an environment conducive for entrepreneurs and businesses to grow. Germany is an example of that. For developing countries, maintaining a fine balance between inflation and growth will remain a challenge this year. One way to manage it is to cut red tape and make it easier for local businesses to grow and compete with multinational counterparts.India is trying to attract more foreign investment to tackle its infrastructure issues and has relaxed its investment rules. Korea is pushing towards a innovation society with its ‘creative economy’ approach and policy of supporting start-ups. On the corporate side, SAP is partnering with over 1,000 start-ups to help them analyze customer trends and make the right decisions for their business. Countries and companies that support entrepreneurship and generate a friendly eco-system have much to gain in 2014 and will be prepared to better deal with global risks.

SAP at the World Economic Forum in Davos

Davos: Shifting business to the cloud