The business of sports is all about competition. Besides the game on the field, it’s a competition between the in-stadium experience and your home theater, or between your hometown team on Channel 4 and your favorite reality show on Channel 12. Every day, teams and leagues are looking for new and unique ways to engage fans and SAP, the market leader in enterprise application software, is providing them with the latest tools to accomplish those goals. 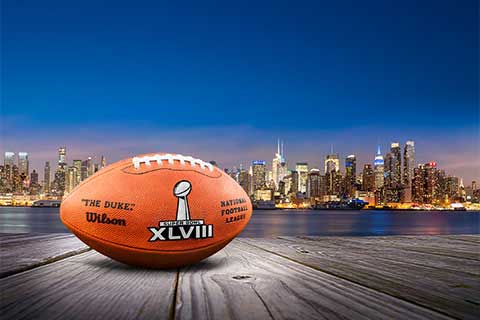 SAP HANA, which combines the capabilities of both database and application platforms, is being employed at the league level by the NFL and the NBA. Looking to tap into the estimated 25.8 million people who played fantasy football last year, SAP enhanced the fantasy football experience on NFL.com this season. As part of the NFL.com Fantasy Football experience, SAP and the NFL developed the Player Comparison Tool, which allows fantasy team owners to compare players potential trade scenarios, assess groups of players at same time and even predict future player performance.

The NBA is using the SAP HANA platform to appeal to all the stats geeks out there. Launched in February 2013, NBA.com/Stats provides fans with access to real-time team and player statistics. The stats go far beyond simple box scores to include data such as shooting charts and various lineup combinations, in addition to allowing you to search through the NBA’s entire historical archive and recently introduced a video box scores feature, a first for a major U.S. professional sports league.

Another way to reach fans during the digital age is through social media, and SAP has solutions for that as well. Last year, social media mentions of the Super Bowl were up threefold over the prior year to 52.6 million comments. SAP will integrate itself into the conversation by displaying how the game on the field is being discussed on social media as social media chatter shifts immediately following a touchdown or a key turnover. Fans will also be able to track where the social media discourse originates around the country.

The improved fan experience doesn’t begin and end at your computer, however; stadiums and arenas are using SAP HANA too. Madison Square Garden, host to many sporting events—including the NBA’s Knicks and the NHL Rangers—is developing systems to manage fan data on everything from attendance to buying behavior so they can offer fans a more personalized experience. Think discounts, seat upgrades and maybe even a “Happy Birthday” on the video board.

There’s also the tried-and-true way to reach fans: by improving performance on the field. Forget draft boards with sticky notes; last year the San Francisco 49ers were the first NFL team to use SAP Scouting to prepare for the NFL Draft. The application allows scouts to easily upload data from the practice field, and it combines evaluations with quantitative data to create a full profile of each prospect. Prospects can then be compared against one another and against professionals at their position. And, of course, there’s an interactive draft board that allows everyone in the organization to collaborate.

Gone are the days when owners and management would look out into a stadium full of faceless, nameless fans. Thanks to technology from companies like SAP, teams and leagues who want to get to know you individually now have the tools to do so, and fans will benefit from the enhanced experience.

Kristi A. Dosh is a sports business reporter, author and attorney.

Please check out this interesting idea Mitch Clark from the Industrial Machinery and Components Business Unit thought up:

Could SAP help someone win US$1 BILLION from Warren Buffet?

Or on LinkedIn at: