Long term planning is being used to simulate the future demand in all BOM levels. Main intension is to check the capacity situation, material requirement and vendor /supplier ability to provide the material in proper time. This is not an actual run but a simulative run where actual plan is not being affected. It is possible to transfer the plan from simulative area to operative area if through simulation it is found that all capacity and requirement can be fulfilled.

The main objective of LTP are:

The main intension of LTP is to simulate different versions of the demand program. But it is not necessary that simulative planning has to be there always with long term. It can be short term also as there is no time restriction.

Existing master data can be used for LTP. But to have a different master data (BOM and Routing) for LTP is also possible. Below are the setting.

BOM: A special LTP BOM can be created. In customizing “ Define BOM usage” (OS20) and “Define order of priority of BOM usage”(OS31) has to be defined.  Then selection ID and selection priority has to be maintained.

Below are the screens where the data has to be maintained (as already explained this is not mandatory, its the requirement of individual) 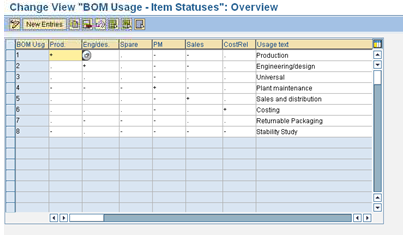 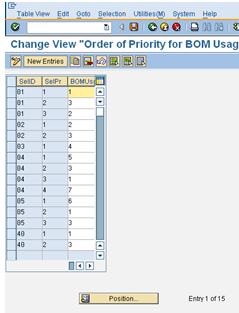 The customized selection ID has to be given in LTP scenario to have a different master data.

Routing: To have a different routing data in customizing “define scheduling parameters for planned orders” (OPU5) has to be maintained. 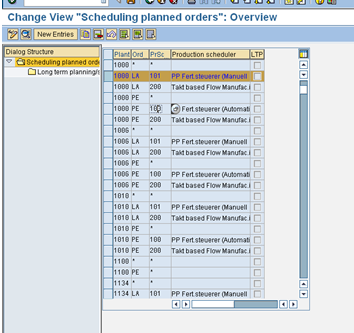 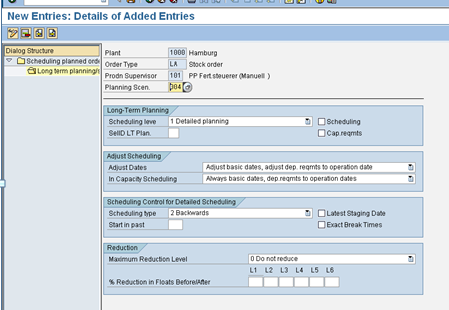 To run LTP first we have to create planning scenario (MS31). 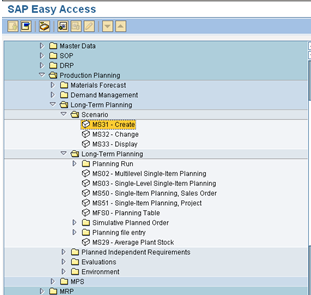 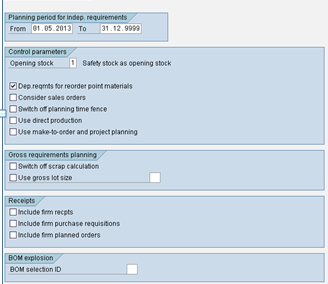 Initially the status will be not released

Planning period will be the time between which the PIR will be considered.

Opening stock can be considered as per the selection. 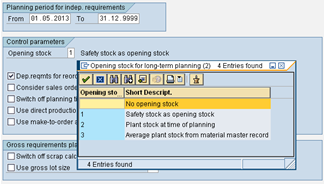 Here we can also select BOM selection ID if at all we want to use a different master data (BOM).

Now we have to select

We have to assign the version in the scenario. 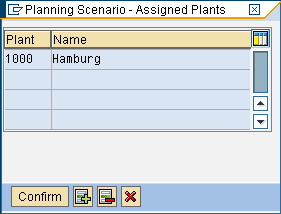 Then the scenario has to be released

After releasing the screen will look like below. The scenario will be released. 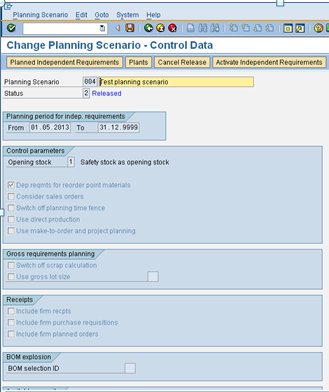 If some parameter has to be changed in the scenario in future then in MS02 first we have to do “cancel release” and then change. Again we have to release after change. Now check MS04. There will be no change in MD04 as the requirement is with inactive version. 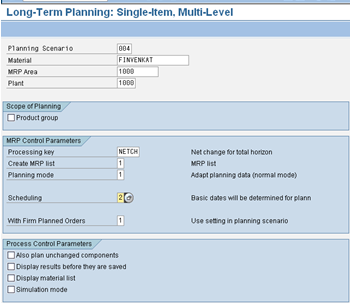 The detail can be seen as per the proposals. 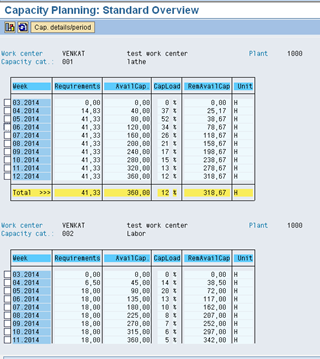 In this view the load can be seen. This is the deciding factor for considering the requirement in LTP and whether to enhance capacity. Decisions are being taken for future course of action regarding capacity.

Once the simulation is fine then the version can be copied through MS64. 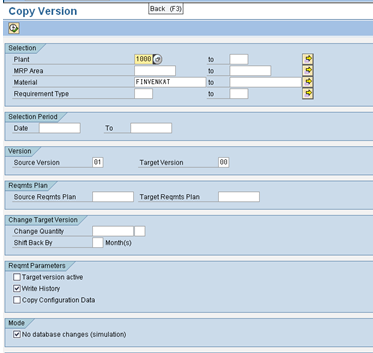 Good one Krishnendu. Thanks for sharing.

Thanks for sharing this doc.

You have mentioned that "  Routing: To have a different routing data in customizing “define scheduling parameters for planned orders” (OPU5) has to be maintained. ",

Does it mean if i want to use already existing Routing which is used in normal operative planning, then i need not to maintain OPU5 setting mentioned above. ?.

Seems that your question is not answered yet.

To my knowledge, if you want to use existing routing which is used in operative planning now, you do not need to maintain OPU5, keep it unchanged.

Yes, you are correct, it is not answered yet. Thanks for your suggestion..

No you dont need to maintain separately. Standard setting would be sufficient.

Was searching this type of document. Thanks for sharing..

Very nice document, thanks for sharing.

I am new to SAP PP. i was trying to do LTP by using costing Bom usage 06 and i maintained all the setting what u told in above document for costing BOM , still am not able to generate PIR at item level. If i use production BOM(usage 01) it is working fine .Plzz Suggest me some tips to overcome from this problem.

You cannot use Costing BOM for long term planning. If at all you do not want to make use of production BOM then you have to create a separate BOM usage which is a copy of Production BOM or else