Thanks to Tahir Öz  for adding me in the blog it forward (BIF) challenge. I enjoyed his BIF and the great pictures from Turkey. I finally found some time after end of year and fourth quarter activities to write this. For information about this challenge please check out this blog.

I have only recently taken an active part on SCN, but have been using it as a great resource for SAP related information since the SDN early days. I had the opportunity to have a coffee with SCN real founder nominee and serial entrepreneur Etay Gafni at Copa Café in Palo Alto last year and got some great stories from him which convinced me to take a more active part in the community.

I am a husband and the father of two wonderful children, a son aged 12 and daughter who is 8 years old. They keep me occupied when I am not working or on business trips.

I am the co-founder and CTO of Neptune Software. Currently I live in Oslo, the capital of Norway. The city’s population has nearly reached a million people and is the fastest growing in Europe. The city was founded around year 1000 AD as a trading post for the Vikings. Luckily for DJ Adams and his fellow Bluefin colleagues we have stopped raiding the UK shores – for the time being.

Here is a picture of our Oslo office view of the royal castle and the National Theater. You can also make out the famous Holmenkollen ski jump in the background hills if you study it closely. 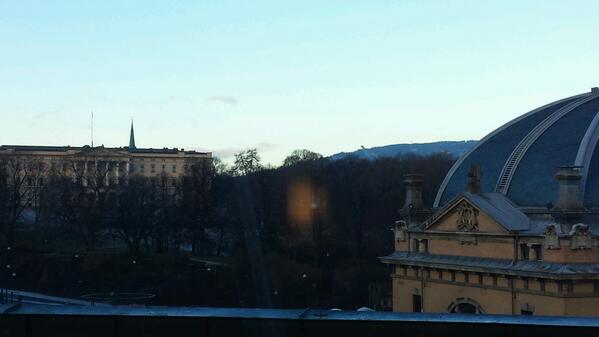 I started my career as a java developer in the late ’90s in Stockholm for a Swedish startup – Proceedo. We developed an e-procurement cloud solution and at the time our greatest competitor was (the now SAP acquired) Ariba. Proceedo still lives and is owned by Visma, and unfortunately I believe some of my old J2EE code still runs on their server 🙂

After the burst of the IT bubble in 2001 I moved back to Norway and worked for Price Waterhouse Coopers and IBM before my entrepreneurial drive once more hurled me into starting up LogTech with a few SAP savvy friends. We quickly grew and got acquired by Ciber.I worked there for five years before I finally decided to start Neptune Software in 2011 together with my best friend Ole Andre. The fundamental idea behind the company, improving the user experience for SAP end users, was something we had worked on for quite a while and had prototyped both Flex and Silverlight solutions. Finally, the emergence of HTML5 as the defacto framework for modern UX in the enterprise convinced us to quit our “day jobs” and start the fantastic ride Neptune has been. As stated above, for years I only used SCN/SDN as a source for information when working as a developer in SAP projects. After several SAP Inside Tracks and TechEd’s last year meeting the people of SCN in real life I have realized that the community is much, much more. Coming from a country where the SAP world is small and where everyone knows everyone it was fascinating to experience the same community feeling on a global scale.

There are a few fantastic things I would like to mention about this community that took place in 2013.

Bill McDermott has started blogging, twittering and communicating directly with the foot soldiers of the SAP world! This shows the strength of SCN as well as great leadership in my opinion. I hope he will take the BIF challenge from John Appleby (just adding some extra pressure 😀 )

Another amazing thing was the open sourcing of UI5. I believe that the community effort played a key role in that decision and I will mention a few people that deserves it (there are many more, but these spring to mind)  Roel van den Berge for his video at SITNL, Jan Penninkhof and John Patterson for their important “open source SAPUI5” blogs and Simon Kemp for the t-shirt stunt.

Lastly I want to give credit to Andreas Kunz as he has really shown that you can get great and honest feedback from the insiders of SAP to the community. 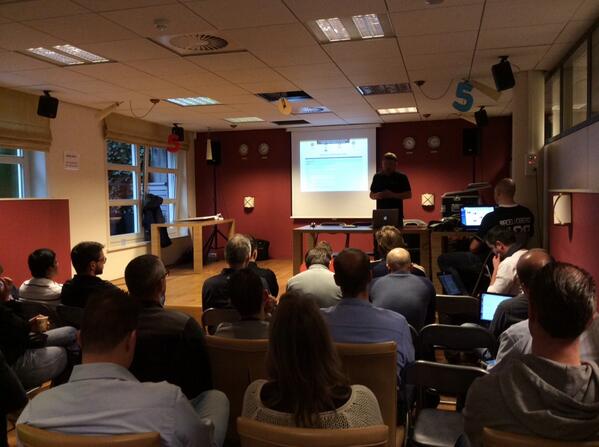 What you are you doing at the moment?

I have spent the last week in Singapore which turned out to be a very interesting place. I was lucky to get the CEO of JCS who is a native Singaporean to show me around places I would never have stumbled upon myself so that was a great privilege. It was my first trip to this fantastic city where green lungs and historical buildings co-exists in harmony with ultra-modern skyscrapers. I also attended the Inside Track there and held a presentation. The event was hosted by energetic SAP Mentor Jansi Rani Murugesan <- thank you for a great event!

Picture of this fabulous city I also had the opportunity to do some business deals. Just hope the people in the back are not laughing at what I just signed! Then it is my turn to throw down the glove I guess..

Andreas Kunz (Our UI5 guru of this community)

As for questions, I only got one: What is the coolest thing you plan in 2014? The rest you can pick from the very first SCN BIF here:

Very nice - I just saw the History Channel's the Vikings and learned that the Vikings used to run Jorvik or "York".  Very impressive blog and history of Norway too.

Oh, bad research from my side regarding Patriza 😳 I'll read her BIF now then 🙂

🙂 thanks Njål ....your BIF is really nice

Njal, i am very glad that see you in  BIF Chain. As i see you have spend successfully times in your bussiness life. Well still continue that with Neptune software. I always get enjoy of reading your blogs and you have deep experience in your technical life as we can see in your BIF.

Wish you a great and success in your life.

Welcome to BIF Family.  It's always great to hear from experience people like you.

Wish you a great year ahead.  Thanks for sharing.

"we have stopped raiding the UK shores – for the time being":

I'm sure taking precaution against a new age of Viking raids is the real reason the Thames Barrier has been built for. So, we can feel safe here in London and you guys can raid Lyndisfarne again or Norwich 🙂

Enjoyed reading it a lot 🙂

Thanks for sharing your journey

Specially the sentence "Just hope the people in the back are not laughing at what I just signed!"

In Our conference room, also there a picture like that....

A great picture with loads of details... but was a bit worrying at the time 🙂

enjoyed each part of your BIF. Thanks for sharing about you & your journey 🙂

I am really glad to read about you. Your technical blogs and discussions are of my interest. You have great knowledge. Excellent #BIF.

I totally understand when you say that it is a great experience to meat the people of our SAP community away from keyboard at TechEd, SAP Inside Tracks or somewhere else..I found it likewise inspiring!

Hope to meet again at a community event or whenever our way cross again 😉 That said, ping me if you're in the area of Frankfurt.

I'll be in Walldorf in mid February so will drop you a mail about that.

Nice blog! Good to get to know you. I actually met you at the booth at TechEd in Vegas but never put 2-and-2 together till now. haha

Thanks for kind words.

The SAP world is small and we bumped into each other in blogs and IRL in Vegas. I am sure we will meet again at some event 🙂

Nicely presented BIF with great piece of experience.. Enjoyed reading your experience and journey till now..

I am happy to know that you are co-founder and CTO of Neptune Software. Thank you so much for sharing about you and your wonderful experience. I enjoyed and liked the blog very much. Keep motivating and sharing different updates and blogs. I am very happy to follow you and your blogs. SCN is the right platform to meet big ppl like you. Once again thank you so much! All the best!

Thank you for sharing your great story, Njål!

How would you spend the rest of your life if you won the lottery next week ? 😉

Anyhow, I have had the good fortune to sell previous companies that provided me with some cash and security. The greatest thing that gives a person in my opinion is freedom. In my case I used that freedom to start Neptune Software together with my best friend and follow my dream without having to rely on a pay check for the first 18 months.

So being able to "bootstrap" your dream and company (as it's known in entrepreneurial communities) is a great way to spend your money, which is only money, and not so important in the big picture anyhow 😉

Njål, you remind me my last bet. Final day of year exists a special Lottery here. The bigger prize of the year. Then I use to say I even got a bigger prize though. I just received my second kid in last 31 december. A baby girl! Much appreciated talk to you! 🙂

It is our great privilege to get you as speaker in SITSG, we all got lot of information from you and your teams sharing.

Thanks a lot for your support. Will see you again in Future.

Thank you for hosting a great Inside Track Jansi!

And thanks for pointing that out!

Most people tend to forget that...;-(

Keep going and thanks for your blog!

I just posted my Blog It Forward - Pedro Freitas from Brazil, maybe you'll like it too 🙂