4 Ways the Entertainment Industry Should Respond to Surprise Competition 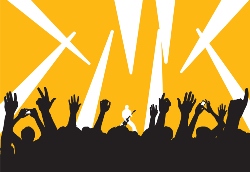 Have you ever thought of Netflix or YouTube as broadcasters? If not, it’s time to get used to the idea.

These erstwhile passive content libraries are beginning to turn out some pretty good stuff. Could be a plus, right?

For consumers, yes. For moguls from the traditional TV networks and movie studios seeing powerful new competitors staring them down? Not so much.

These executives have a right to be nervous. Netflix alone has 40 million global subscribers. And there are other former wallflowers getting into the game besides Netflix and YouTube that have some pretty decent name recognition like, umm, Amazon (162 million visitors per month to Amazon’s Web sites in the last quarter of 2013 according to statista.com).

It’s Not Just about Comedy or Drama
These competitors are not just treading on entertainment’s turf; they’re even making a play in news gathering. In the course of my colleague Polly Traylor’s research into the future of the entertainment, she discovered that Netflix acquired in November the first-run rights to a documentary on the Egyptian protests in Cairo’s Tahrir Square.

How has increasing competition in entertainment affected your world so far?