What Can I Print for You Off the Menu Today? 3D Food Printing Could Soon be a Reality

The Hershey Co. recently announced it has inked a partnership with 3D Systems, who build 3D printers capable of creating objects out of foods, including chocolate.  It has strains of a scene from one of my favorite movies, Willy Wonka & the Chocolate Factory, but it could be just the beginning of a revolution in the supply chains that service certain food segments. 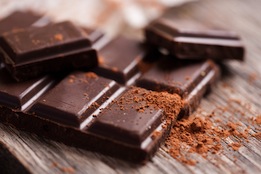 Another example recently in the press is the pasta manufacturer Barilla, which plans to introduce 3D food printers in restaurants. This would give a customer the ability to either select pasta off the menu or customize it to be a certain shape, size and, I guess, even color. Barilla is working on a supply chain process that would enable it to deliver dough cartridges to restaurant where they could be loaded into a 3D printer like an ink cartridge. From there, it would give the consumer the flexibility to truly customize their order. And I thought alphabet spaghetti was clever!

Even NASA is in on the act and awarded a Small Business Innovation Research  contract to Systems and Materials Research Consultancy of Austin, Texas to study the feasibility of using  3D printing, for making food in space.

Soon it will be possible to eat a 3D meal, served on a 3D plate and eaten with a 3D knife and fork. Now, if only we can work out the 3D wine!

These are just a few examples of how companies are leveraging technology to rethink their business and supply chain processes. Just think, when you look at a menu in the future something could actually jump off the page at you!