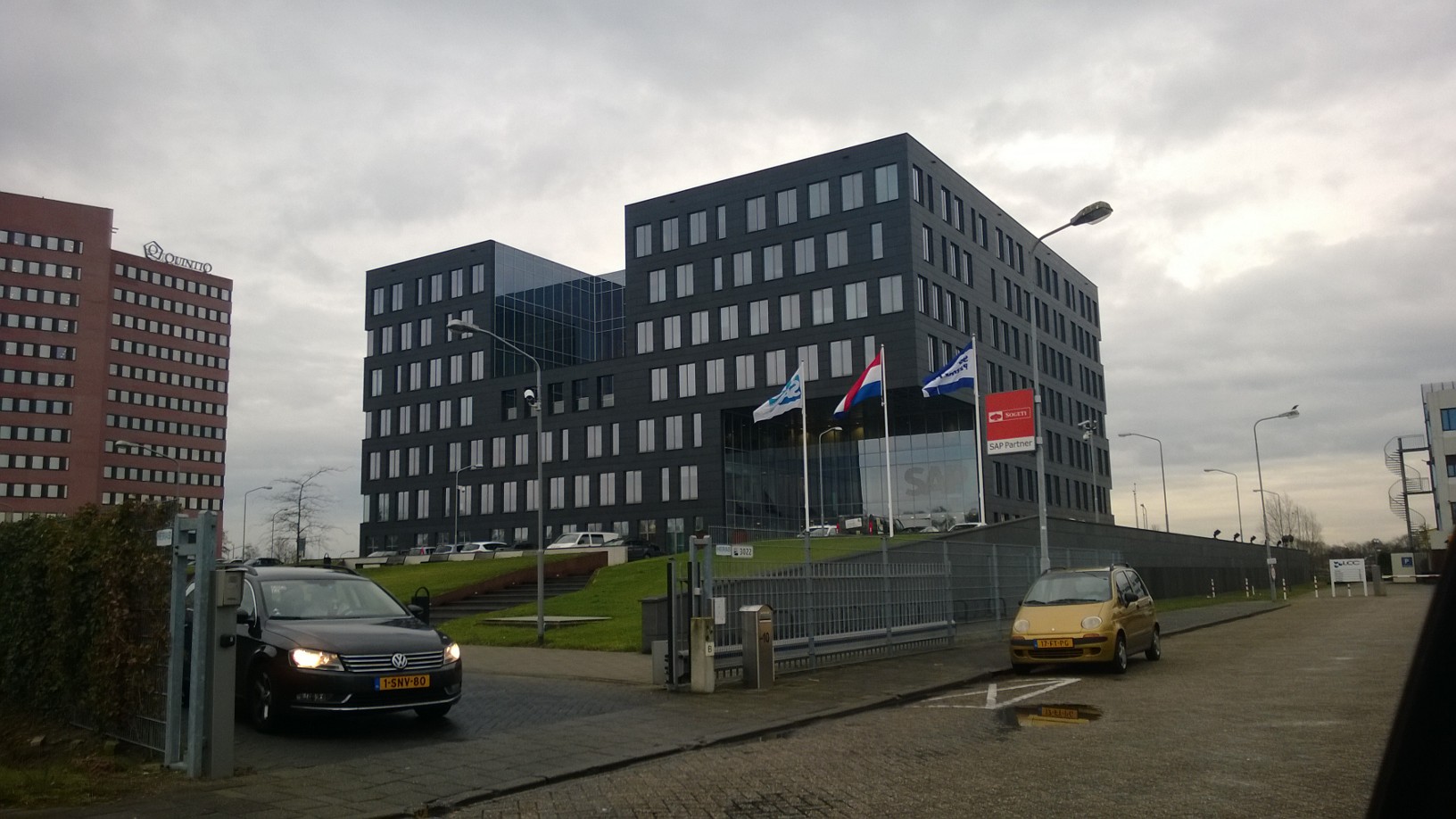 In September last year I have been asked by Robert Eijpe from our partner NL for Business (NL4B) to give a presentation about SAP NetWeaver Gateway at the “Developer Dag” (Developer Day) of the VNSG. The VNSG is the Dutch speaking User Group for all SAP and SAP BusinessObjects users in the Netherlands and Flanders which is the Dutch speaking northern part of Belgium.

The Deverloper Dag took place this Thursday (January the 15th) in the nice building where the offices of SAP Netherlands and the VNSG are located in s’Hertogenbosch.

An impressive number of 140 ❗ developers had registerd for this event so that it was necessary to split the audience for the key notes in two rooms. 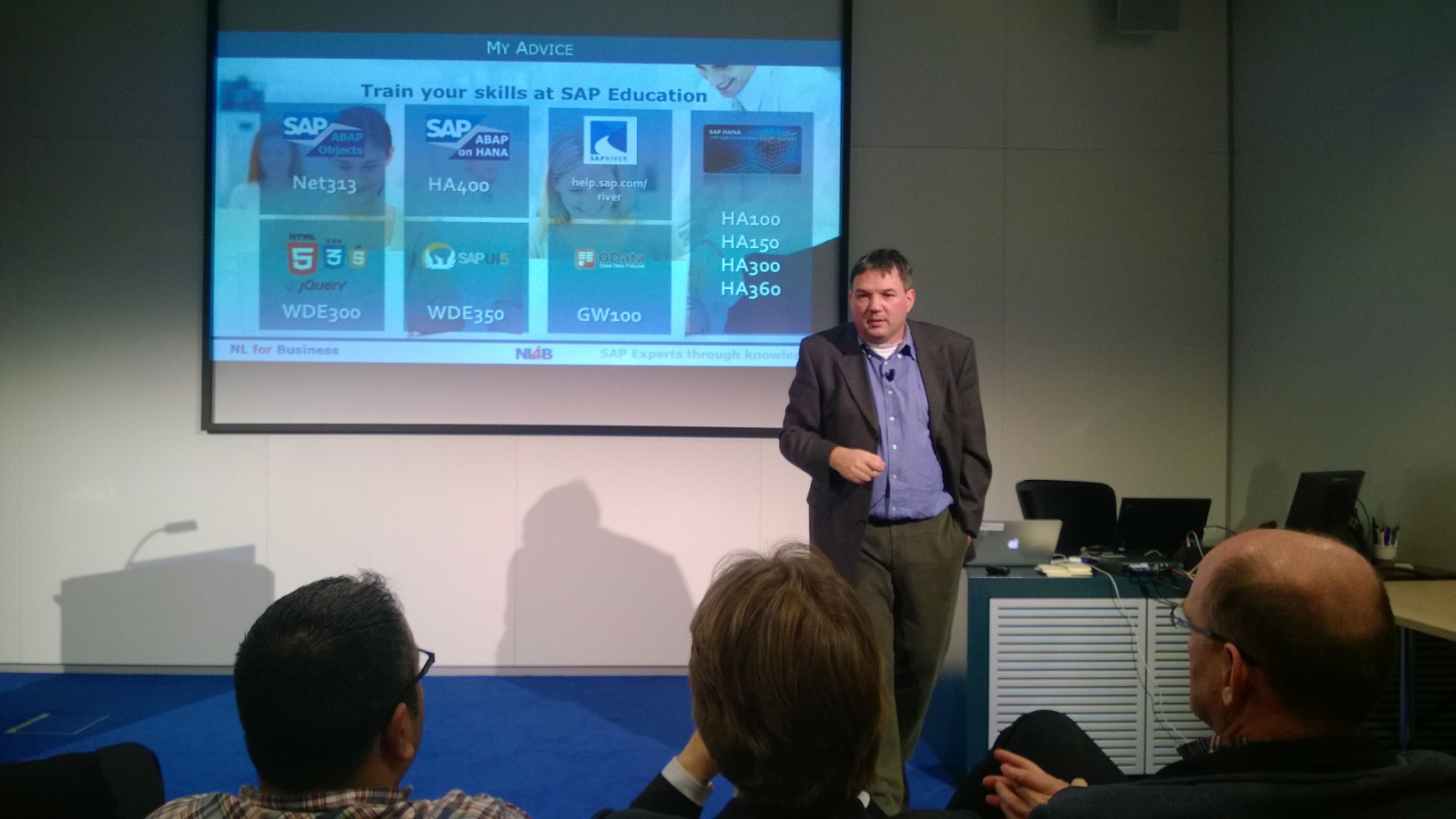 The event started with a first key note by Robert Eijpe who provided an overview about the interesting and exciting topics that should keep SAP developers enthralled such as HANA, OData, Gateway, Cloud Development etc.

After the key note there was a packed agenda with several sessions in two parallel tracks. 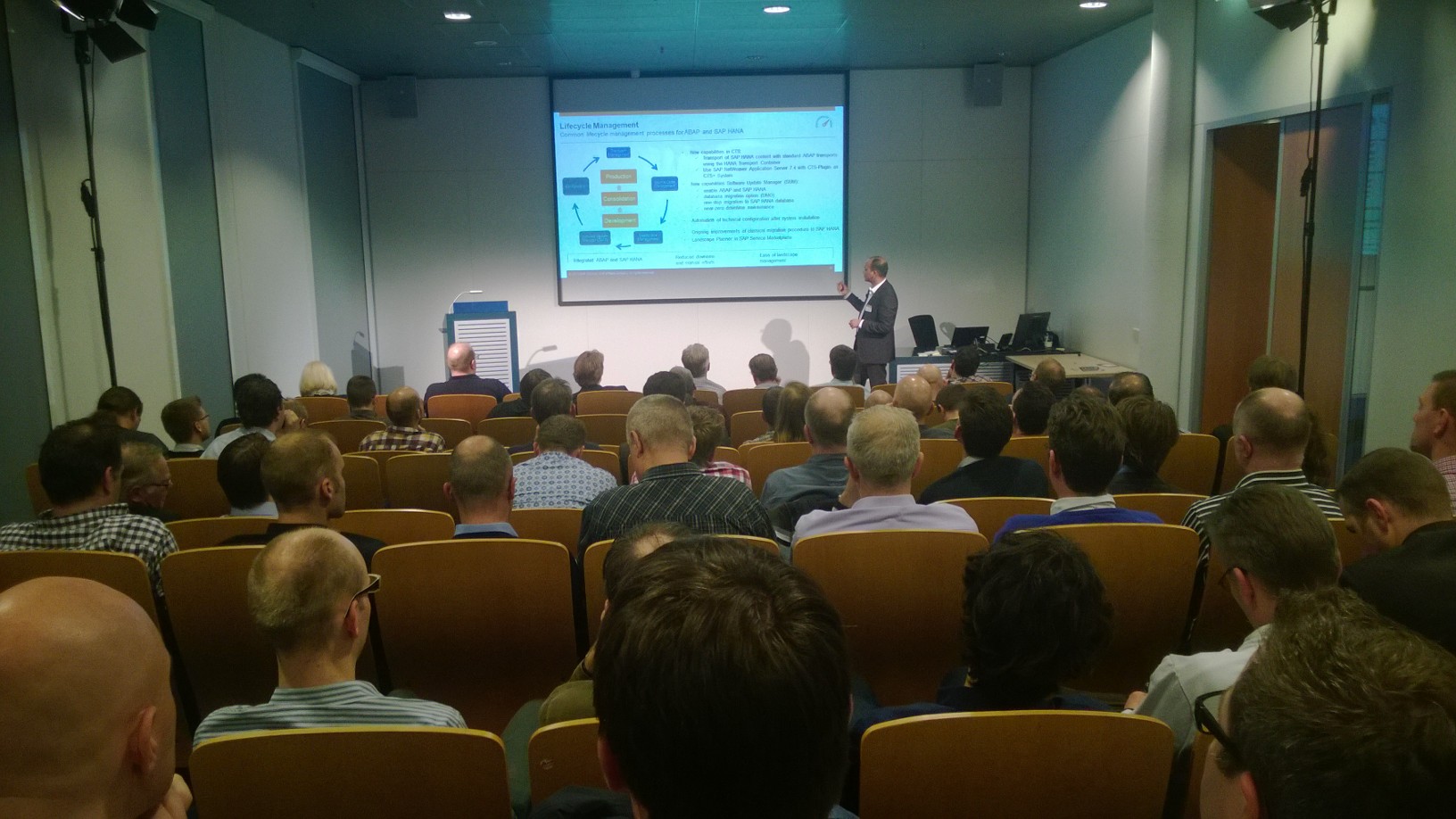 The event was closed by a second key note presented by Nikhil Dhairyawan about the “Future of ABAP”. In his presetnation Nikhil highlighted the current innovations & improvements in SAP Application Server ABAP 7.4 and gave the participants a perspective on the role of ABAP in SAP’s platform strategy. We learned that ABAP will live 4ever 🙂 .

For me it was a great time in the Netherlands again and having some time to practive my Dutch.

I am looking forward for the next event. Maybe presenting to the upcoming development focus group at VNSG  or by doing another .SAP CodeJam ?

That's the second time (as far as I'm aware of) that you're reporting from an event where you've been (one of the) expert(s). Very cool!

Thanks for highlighting this event on SCN, and I agree it was a very good one with some great talks (and I'm sorry for missing yours 🙂 ).

And for sure, when the new focus group kicks in, and Gateway is on the agenda, we'll think of you first (you made that clear 🙂 ).