Most people start slowing down in the days leading up to Christmas. Not my pal Augie Ray, who threw down a significant 2014 prediction in Three Reasons the Marketing Department Will Give Up On Earned Media in 2014. 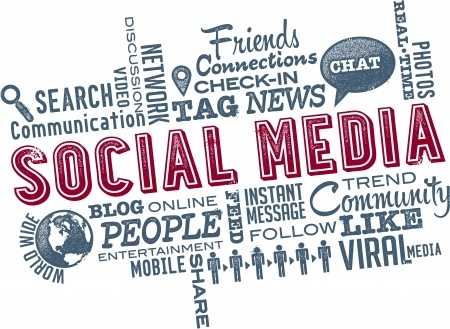 He’s partially right, but for the wrong reasons. For those of you who don’t want to dive into Augie’s piece, I’ll summarize it in three points:

No. 1: It is increasingly difficult for earned media to furnish the reach marketing needs. You can buy your way into reach on TV or in print, but earned media doesn’t offer the same guarantee. So, Augie argues, marketers will default to paid in order to guarantee reach.

No. 2: The harder marketers try to win earned media, the greater the risks. Marketers who don’t want to pay are forced to do more and more outlandish things in order to gain attention, such as the smiling SpaghettiOs logo waving the American flag to supposedly honor Pearl Harbor Day. For success, there are 100 failures that do nothing — or backfire horrifically. Augie doesn’t like the odds.

No. 3: There is little evidence that social media marketing success drives business success. But social is not just a channel. It’s a business disruption that requires a fundamentally different way of looking at how business — and marketing — is done. Marketing is still responsible for reach, scale and acquisition, as Augie points out, but what must fundamentally change is how they reach, scale and acquire.

Augie has been around the social world for a long time, so I was surprised that there was no mention of:

Most importantly, leading organizations that have adapted to social disruption are seeing results. Just look at SAP, Omaha Steaks, Citi or this one.

These orgainizations look at social holistically, not just within a silo. That’s how Beth Comstock, CMO of GE talks about it. And that’s why Microsoft rolled out their social platform of choice to more than 1,000 people.

Perhaps Augie is skeptical that marketers can actually adapt to the new reality that social represents. His belief could be that they are comfortable only:

The reality is that the “The Dunk in the Dark” stuff and the failed copycats aren’t problems with the social platforms. Rather, the platforms are finally telling the brands what they refuse to believe: “You’re thinking of social the wrong way. Your place in social shouldn’t be marketing and push; it should be pulling and supporting conversation.”

Yes, Some Marketers Will Give Up Earned Media… But the Winners Won’t

There is a significant place for Paid Media in 2014, no question. But giving up on Earned Media is only for the weak. The strong marketers will make a change.

The strongest of marketers will benefits from the power of social media by focusing on people and relationships, instead of reaching out anonymously. They will also change their methods, including their guidelines, policies and teamwork, as well as the social relationship infrastructure that underlays all of their functions, teams and divisions.

(And the extreme will go here.)

Without this change, large brands will not be able to keep a unified view of the social customer, ensure that every interaction adds value based on previous interactions, and consistently deliver an experience that makes the customer feel connected.

Those marketers won’t give up on earned media — and they won’t fail either.